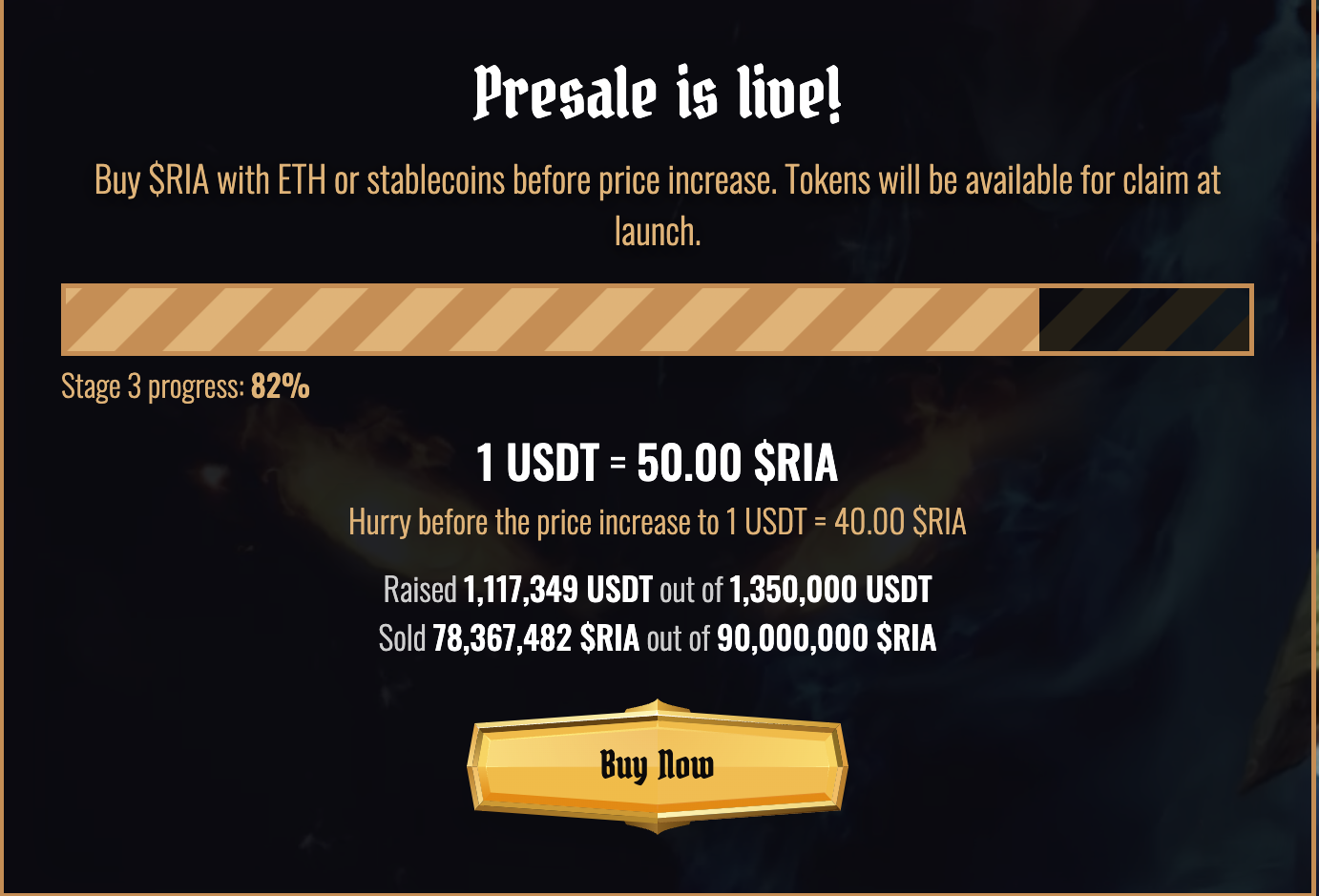 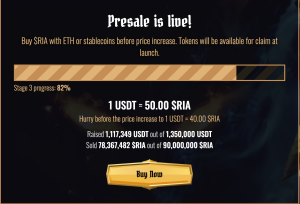 Calvaria (RIA), the P2E cryptocurrency that has mystified the crypto space with its battle card games and additional utilities, has surpassed 1 million USDT in its presale and is closing in on its 4th stage.

The crypto space has been set ablaze due to the presence of multiple presales. Calvaria, being one among them, presents an interesting use case for the P2E ecosystem with its inclusive gameplay.

Shortly after the presale was announced, Calvaria presale was able to raise upwards of $500,000 within a week. It rapidly closed its presale stages until now, including stage 2, where the progression went from 4% to 65% within a few hours. Crypto experts estimated that the token would reach $1 million within less than a week – which was correct.

Better P2E games are one of the most loudly spoken demands among crypto gamers. They are no longer satisfied with ideal games that bring only monetary gains to the table. While the earning aspects of such applications are commendable because they have huge upsides, the gameplay is the attribute that can increase the adoption rate.

Answering this need is Calvaria which takes an inclusive approach to battle card games. Like battle-card hits such as Hearthstone, Gwent, and Magic the Gathering, Calvaria has one vision – to give everyone a chance to play.

That means the game won’t be limited to crypto gamers, but non-crypto gamers will also get a chance to try it out. These gamers, who have for a long time sat on the sidelines, critiquing blockchains games as they couldn’t play them because of high monetary requirements, would be able to play Calvaria for free. The gameplay is for everyone, but the p2e mechanics is for crypto gamers – the idea Calvaria embraces. And from what we have seen in the progress of its presale, the entire ecosystem seems to agree.

The Rapid Progress of Calvaria Presale

Calvaria landed as a presale in late October in front of a crowd waiting for the next game-based crypto asset to invest. That rising interest in gaming cryptos resulted from the most successful presale projects this year, like Tamadoge and Battle infinity. Both projects hit their presale milestones ahead of time, leading to their quick listing on cryptocurrency exchanges that allowed early investors to mint gains resulting from the listing pump.

Calvaria is also following the same bullish trajectory toward growth. With two presale stages in total, Calvaria has been hitting one milestone after another with style and a rapid pace. RIA tokens are going off the presale shelves faster than anticipated.

Calvaria presale emerged at a significant discount price of $0.010 per RIA token. The Calvaria price at the latest stage of the presale is $0.02. The RIA price will go up to $0.055 by the end of the presale, making a 450% gain for those who were quick enough to invest in this cryptocurrency early.

But it is not only the crypto crowd that knows the worth of an innovative and inclusive P2E crypto like Calvaria; major cryptocurrency exchanges are also backing it. Calvaria has signed up with Kucoin, Gate.io, and XT.com for its INO (Initial NFT Offering), where it will drop the first batch of NFTs to raise further funds and meet its presale target of $9.75 million.

And since the INO is eminent, these exchanges would become the first to list RIA tokens. That would probably give Calvaria quick access to the listing pump — allowing early investors to make gains in triple digits.

Calvaria set to become the next Big Blockchain Game

Battle-card games have always been a rage among gamers who want strategic gameplay combined with flashy graphics. Hearthstone by blizzard is the biggest battle card game, with upwards of 4 million monthly players. While it would be difficult for Calvaria to funnel those players into its ecosystem, its rich backstory can make things easier.

Calvaria features a unique world that can best be described as a combination of sci-fi and fantasy. The official website features skyscrapers and roadways reminiscent of the modern world. At the same time, the mystical mysteries talk about magic, hidden tombs, and other magic-infused antiquities that remind us of final fantasy. The game’s high-fantasy approach to backstory and card designs has started to turn heads in the gaming world. The official Twitter page of the project has amassed more than 60,000 followers, which for a game as novel as Calvaria, is no small feat.

Each card in the game would be a tokenized asset that players can buy to build a deck and battle against each other in a PVE ecosystem. Winning at these tournaments will reward players with eRIA tokens they can stake on the gamified staking pools in exchange for RIA tokens.

Gamified staking pools are only the tip of Calvaria; a full-fledged Calvaria marketplace is also in the works. Like Stepn, Calvaria will also feature a renting system allowing NFT holders to rent their cards to others in return for a constant income stream. The Calvaria DAO is another feature that will empower the community to make decisions about the future of this project.

You can check out our Calvaria price predictions to see the potential this token holds after it gets listed on the cryptocurrency exchanges. Its unique and inclusive approach to gaming can increase adoption. Whether or not it will be revolutionary, as the website claims, remains to be seen. However, for now, you can join the presale before the end of stage 3 and prepare for the huge incoming gains coming it’s way. 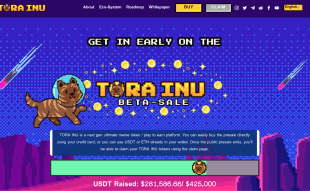 Join Our Telegram channel to stay up to date on breaking news coverage Tora ...