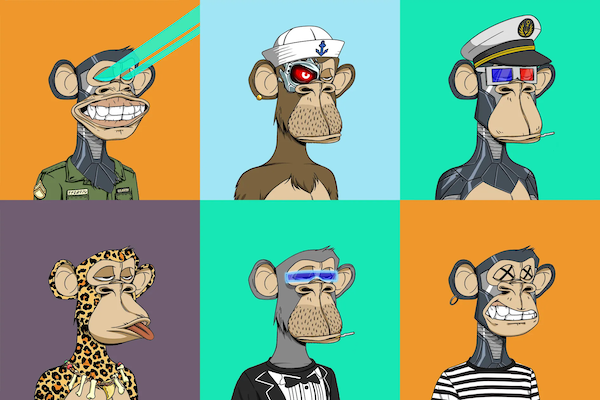 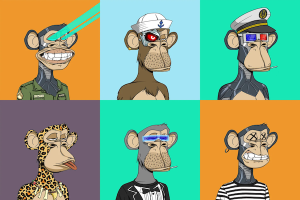 Owners of Bored Ape or Mutant Ape Yacht Club NFTs now have access to the new Dookey Dash web game with the Sewer Pass, which went live on Wednesday. Free passes can only be created by Ape NFT owners, but after that, they can be freely sold on secondary markets.

The Sewer Pass cannot be exchanged on some marketplaces that don’t strictly enforce creator-set royalties, as dealers rapidly learned yesterday. A royalty is a charge that is normally between 5% and 10% that is automatically deducted from the sale price of the NFT and given to the person who created the project with each transaction.

According to data from CryptoSlam, OpenSea and X2Y2 have experienced explosive growth, with over $19 million in total Sewer Pass trading since early Wednesday. As of this writing, the NFTs start at 1.59 ETH (about $2,400) each, with “Tier 4” versions starting at over 4.9 ETH (around $7,550) each on OpenSea.

However, it appears that the pass cannot be traded on markets like Blur, LooksRare, and NFTX because they do not demand merchants to pay full creator royalties. A Yuga Labs official confirmed that the Sewer Pass smart contract, which contains the technology that drives decentralized applications (dapps) and NFT initiatives, blocks all three markets.

A Yuga Labs spokesman cited the founders’ post on the subject from November in saying,

We’ve always been a creative-first firm and we feel that creator royalties must be maintained. Only services that respect author royalties will be used for trading the Sewer Pass free claim.

Yuga scored a win for the entire ecosystem today, especially the creators that don't have as big of a voice.@blur_io and @LooksRare are being forced to watch thousands of ETH in @BoredApeYC Sewer Pass volume that they are blocked from.

As of the time of this writing, none of those blacklisted markets had made any statements in the media. Blur offers Sewer Passes, but none of the purchases are actually taking place on its site; instead, they are all aggregated listings from OpenSea or X2Y2. Sewer Pass NFTs are listed on LooksRare, but there are no sales records for them. There are no Sewer Pass NFT listings on NFTX.

The Yuga spokesperson claimed that Sudoswap, a trading platform based on liquidity pools rather than conventional marketplace listings, along with Blur, LooksRare, and NFTX, are also prohibited from trading Sewer Pass NFTs. The creator royalty settings are not respected by Sudoswap.

However, Sudoswap appears to be avoiding the smart contract as it reveals frequent buying and selling of NFTs throughout the previous day. When questioned about that precise point, Yuga remained silent.

Yuga’s decision to exclude particular marketplaces follows the release of OpenSea’s Operator Filter Registry blocklist tool in November, when the main NFT marketplace announced publicly that it was rethinking its position on enforcing royalties.

Later, OpenSea promised to impose royalties for any new projects that make use of the technology as well as all previous products released before a specific date. Then, X2Y2, a competing NFT marketplace, declared that it would implement the technology as well and demand full royalty fees from traders of such projects. X2Y2 had previously made royalties optional for dealers.

The generative art initiative QQL, created by Art Blocks Fidenza artist Tyler Hobbs and partner Dandelion Wist, took action to prevent marketplaces that didn’t automatically enforce royalties before OpenSea did. At the time, this included X2Y2, and the platform claimed in a tweet thread that the action reduced the ownership rights of NFT collectors.

Last October, the royalties controversy dominated the NFT industry as other marketplaces eliminated the need for royalties in an effort to overtake market leaders. It’s a contentious issue, and actions that restrict NFT owners’ freedom to purchase and sell at will have equally divided traders, with some claiming that they go against the decentralized Web3 spirit.

Three of Yuga Labs’ co-founders expressed their disapproval of the proposed change in a blog post in November, when OpenSea drew reaction from creators after announcing that it was considering a model that didn’t require royalties for all projects.

The creators of Yuga commented,

OpenSea made it obvious that they want to follow the crowd and eliminate creator payments for legacy collections from their platform, while maintaining their trading charge the same across the board. Not great.

A “allowlist” proposal put up by Yuga Labs would let NFT project developers to restrict trade to specific marketplaces that honor royalties, with list governance being managed by a community-led DAO, or decentralized autonomous organization. OpenSea later clarified, however, that it will definitely continue to pay royalties on second-hand sales for existing collections.

One of the most well-known NFT projects worldwide, the Bored Ape Yacht Club has generated more than $6 billion in trade volume to date between its linked collections. The Dookey Dash game, which can open up upcoming NFT rewards for top players, is accessible with the Sewer Pass. Sales of Bored Ape NFT increased over the previous week due to the upcoming free claim. Early in 2022, Yuga Labs received $450 million at a $4 billion valuation and added the significant CryptoPunks project to its portfolio, making it one of the dominant competitors in the Web3 market.

Its earlier pressure might have influenced OpenSea’s judgment on the enforcement of royalties. We’ll see if it behaves similarly now that Sewer Pass trades aren’t being made on markets. 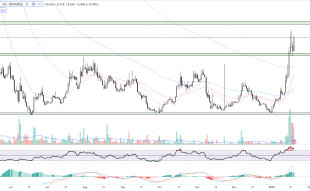