Homenewsblockchain com scores an important win in its case against paymium 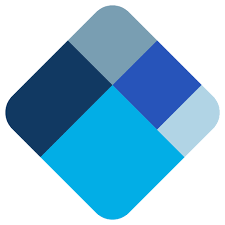 The New York Federal Court has given the green light for the progression of a trademark infringement case involving cryptocurrency exchanges and wallet providers Blockchain.com and FinTech company Paymium.

For proper reference, the case between Blockchain and Paymium began last year. Blockchain sued Paymium over trademark infringement, pointing to the latter’s Blockchain.io platform. At the time, the plaintiff argued that the domain name was ripping off the blockchain trademark, adding that Paymium was doing it all in a bid to ride on Blockchain.com’s popularity. 789

However, Paymium filed a motion to dismiss the complaint back in February, as it based its argument on a “failure to state a claim upon which relief can be granted […] and for lack of personal jurisdiction over Pierre Noizat.” In its response, Blockchain.com was able to argue that their marks weren’t demonstrably explanatory and that they differed slightly in meaning. It also argued that its mark, and that of Blockchain.io, were similar enough to provide a basis for the case to continue.

Now, the New York Federal Court has denied the trademark infringement aspect of Paymium’s motion, essentially providing approval for Blockchain.com’s case to move forward. According to documents published earlier this month, the court stated that apart from the simple act of infringement, Paymium had engaged in false advertising and unfair competition as well.

In addition to that, the court’s filing shed light on an advertising claim made by Paymium, in which it attested to being registered and accepted by the United States Securities and Exchange Commission (SEC). The court highlighted that this claim is false, and thus, would be a part of the case going forward.

The court revealed that the only thing Paymium had registered with the SEC was a Form D. Form D is a filing which provides necessary information about a company to potential investors, especially in anticipation of security issuance. It is instead of lengthy reports, which is used in filing non-exempt issuances.

Blockchain.com had initially argued this point, adding that “the filing of a Form D does not mean that a security is ‘registered’ or that it has been in any way scrutinized or approved by the SEC.” The court has now co-signed on that point.

However, it wasn’t all doom and gloom for Paymium. In its filing, the court stated that it had dismissed all claims made against Pierre Noizat (Paymium’s chief executive) because it didn’t have the personal jurisdiction to prosecute him. It also agreed that false advertising claims were unsubstantial.

Established in 2007, CryptoOracle helps companies that want to buy cryptocurrency, as well as with technical aspects such as integrating blockchain technology into their infrastructure. According to a report from Computer Reseller News, oracle claimed that CryptoOracle had carefully chosen its name in an attempt to “to trade on Oracle’s reputation as an innovator and leader within the technology industry, and to evoke among consumers the goodwill that Oracle has built-in its own famous brand.”

The United States has been a regulatory nightmare for crypto exchanges and industry players ...