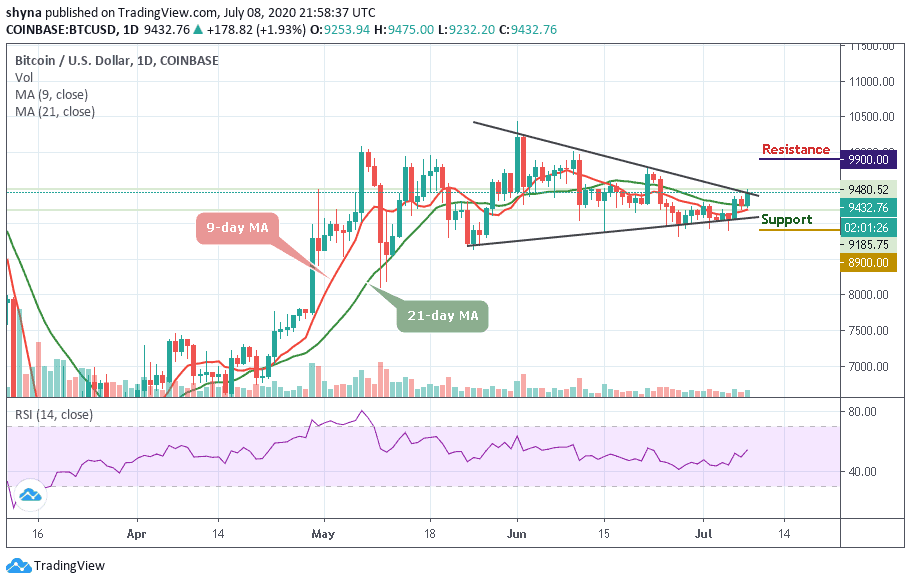 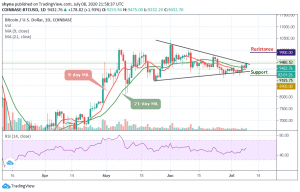 BTC/USD once again is making an impressive move to the upside since the early trading session of today as the coin is currently trading around the upper boundary of the symmetric triangle. The bulls are now expecting the price to rally higher but the outlook still following the sideways movement. In order for things to change in the near-term, traders would need to see BTC/USD make a higher high and a higher low to invalidate the current range-bound that is still intact.

More so, if the price ends up doing that, the market would have reason to be bullish not just till $9,500 but even beyond that to $9,600 or higher. However, it is important to note that the potential move to the upside has to be a sustained rally rather than a pump otherwise it would be of little consequence. Despite the recent bullishness in the market, we are yet to see the on-going correction come to completion, whereas, Bitcoin (BTC) bulls are still too optimistic.

BTC/USD is seen performing well at present. With this, we expect the coin to gain the lost momentum and hit the trade above $9,500. However, the volatility hovers, and the selling pressure still exists which leads the coin to lose the major support from the moving averages. Meanwhile, the $9,300 and below may come into play if BTC breaks below $9,400 support level.

However, in as much as the buyers can reinforce and power the market, traders can expect a retest at $9,500 resistance level, and breaking this level may further allow the bulls to reach $9,600 and above. The RSI (14) is seen moving within the overbought zone which shows that more bullish signals may surface. 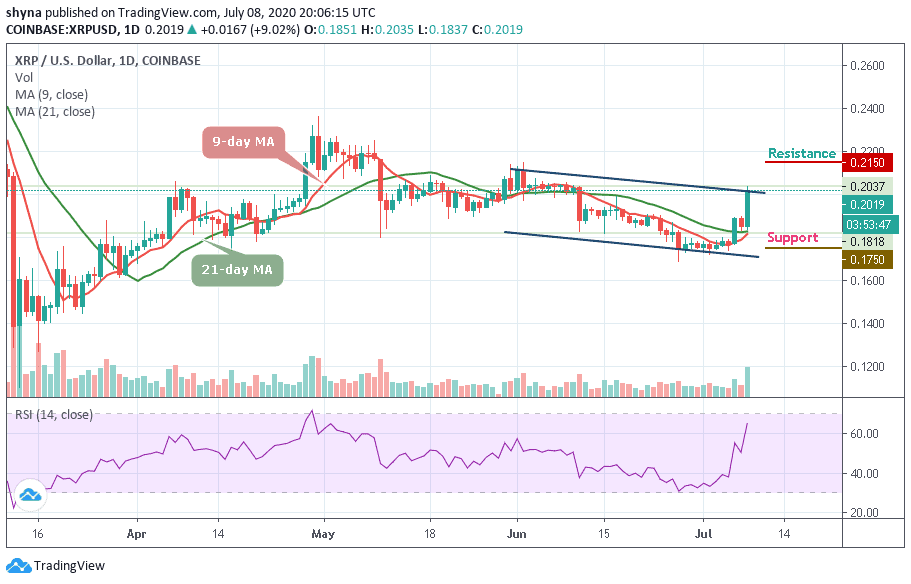 XRP Price Prediction – July 8 For now, XRP/USD is getting more comfortable as ...

Azeez Mustapha •15 hours ago Last Updated: 15 hours ago
View All News
Note that the content on this site should not be considered investment advice. Investing is speculative. When investing your capital is at risk. This site is not intended for use in jurisdictions in which the trading or investments described are prohibited and should only be used by such persons and in such ways as are legally permitted.