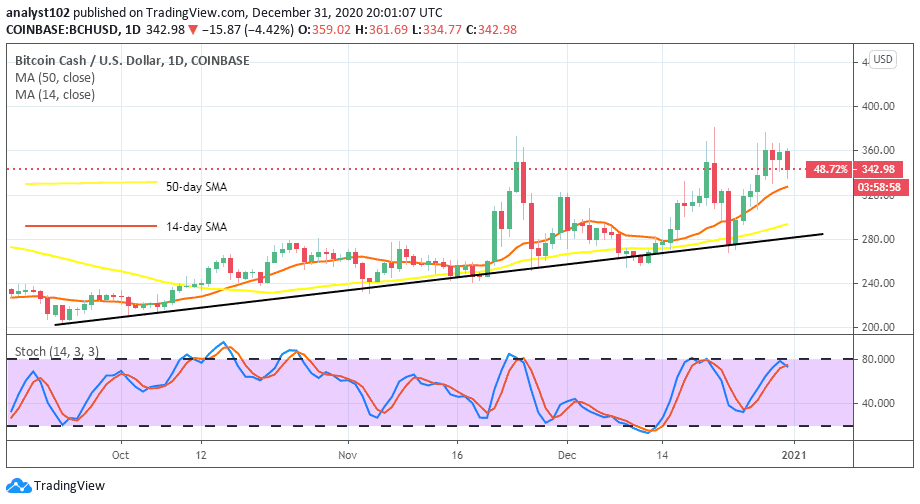 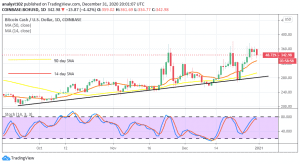 About quite some trading times in the recent past; on Nov. 24 and Dec. 21 or thereabout, BCH/USD trade faced bullish price reversal moves around a resistance level at $360.

BCHUSD – Daily Chart
The BCH/USD bulls have continually striving to swing northward beyond a critical trade point around $360. After a couple of trading days’ sessions, the crypto’s value has been hovering around a resistance trading spot. The 14-day SMA trend-line has closely moved from the below near the said value. At this point, it would be technically sound to await a decent active-price move to occur before deciding when to join the crypto-trade. Trading indicators suggest that there is a weakness in the movements of the trade presently to probably solidify indecision-mote of trading playing out now in the market. However, there may likely be a fall-off again from the point in no time.

Where is BCH/USD Price Going Next?
BCH/USD market operations have over-time, having a decent rebound from a series of sudden sell-offs it has been facing. The crypto has some extent, kept a bullish trend at most, around its 50-day SMA trend-line, while it finds support.
Being as it is, the 14-day SMA indicator remains a vital instrumental tool to determine what will be the next crypto’s direction. Its southward break will cause price to relocate support around a low value at $280. In the meantime, a northward break of the $360 mark may set the currency pair on a journey to achieving more ups. 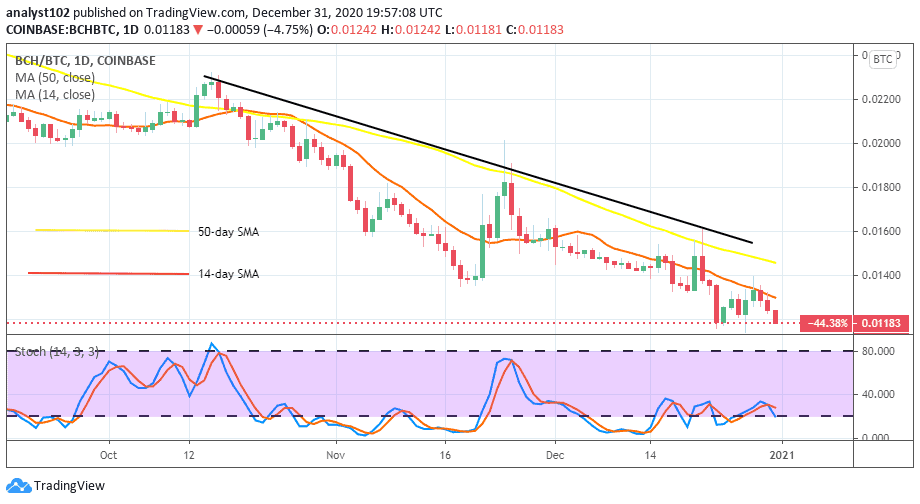 BCHBTC Price Analysis
Comparing the two different markets; BCH price-worth remains under falling pressures as it trades around a low value at B0.012. From the viewing point, it may take a while before BCH regain its position against BTC. The Stochastic Oscillators indicate a line of different low price levels still in focus in the BCH/USD market operations. Sellers should be considerate of not getting late in the market..

Join Our Telegram channel to stay up to date on breaking news coverage Distributed ...