Homenewsbinance coin price prediction will bnb go up or down 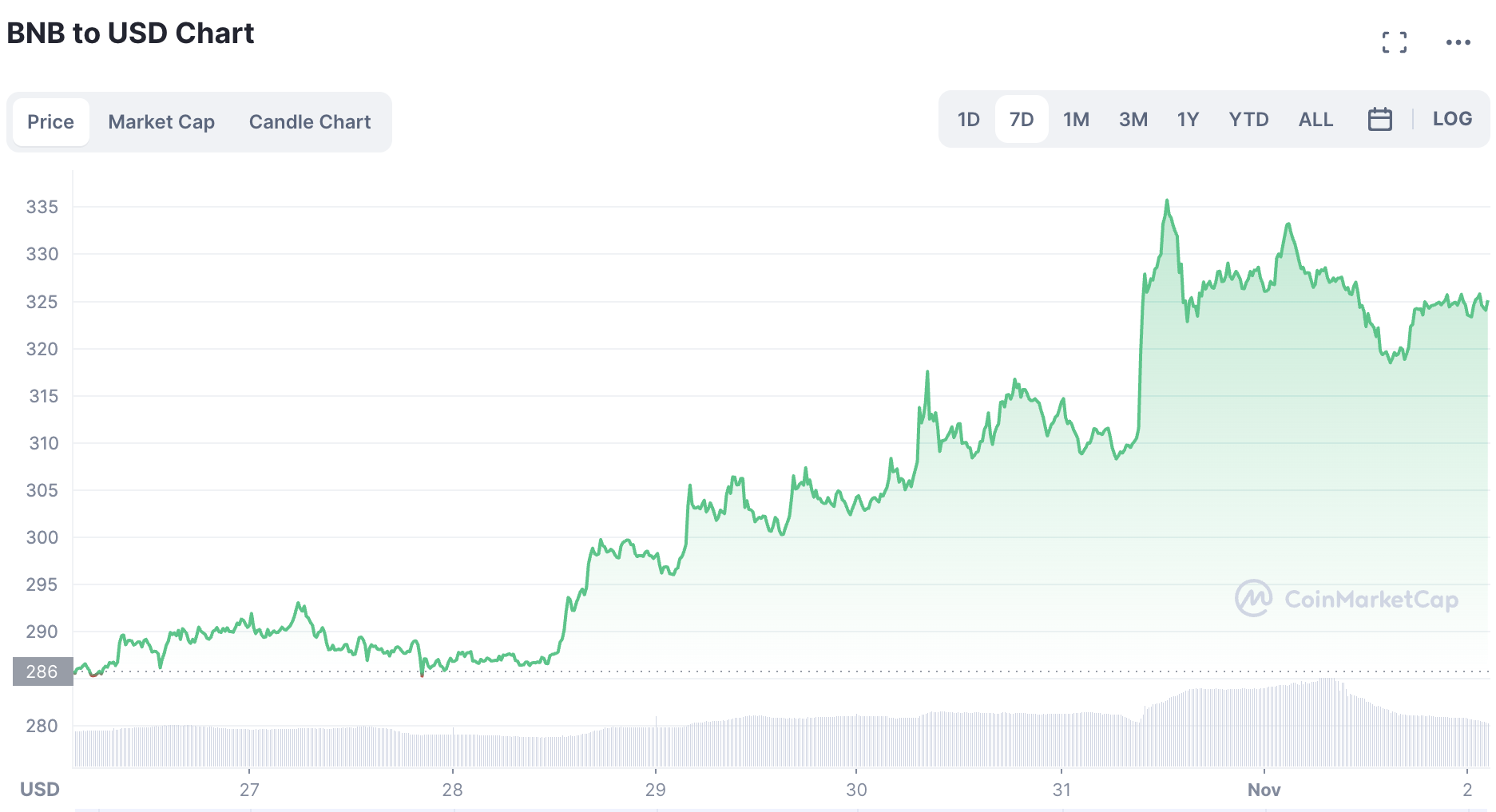 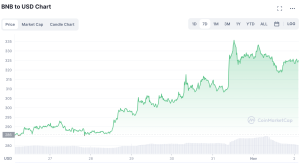 The BNB/USD daily chart on CoinMarketCap shows that the cryptocurrency market’s valuation has increased significantly and is currently well over the purchase signal side of the SMA trend lines.

The bottom horizontal line, which is still maintained at the support level of $260, shows the key foundation that the crypto economy has deliberately depreciated to recover its energy values. Overbought levels of 97.98 to 100 on the stochastic oscillators show growing overbought momentum.

Is BNB Going to Be Able to Surpass the $340 Barrier?

Some data suggests that once the BNB/USD pair breaks the $340 threshold, it will be difficult to maintain sustainable operations as the crypto economy keeps increasing its trading weight. A sequence of pricing challenges near the value line might occur if bulls maintain their trading position in a methodical fashion.

If the present buying power continues to be strong, however, the level will be broken and the price will test opposition around the $360 level, marking the end of its growth phase and the beginning of a corrective motion.

Unfortunately, a bearish candlestick has not developed on the Binance price chart on CoinMarketCap to signal a resumption of the selling order, which is the main concern of this technical analysis given the present market conditions.

Considering the possibility that this interpretation relies only on surface details, this is in reality the case. If bullish candlesticks have been forming around or just beneath the trading line that serves as resistance around $340, this could be a warning sign that it is not a good time to acquire a reliable shorting.

In order to safely re-enter the market, short-sellers need to exercise great caution until at least one bearish candlestick has formed.

As opposed to Bitcoin’s trending potential, Binance Coin’s recent tremendous spike has enabled it to surpass several of its previous high trading marks. For the time being, the linked cryptocurrency’s price is trending upwards and is much above the SMA trend lines. Stochastic oscillators are showing overbought conditions, with values between 98.17 and 100.

As a result of Elon Musk’s acquisition of Twitter, the value of BNB has risen significantly in recent days. Twitter is among the most popular social media companies in history, with over 200 million regular users on a regular basis.

Given that Binance was involved in Musk’s acquisition of Twitter, the cost of BNB has risen. When it comes to how much money Binance put into the deal, details are sketchy. Friends and family of Elon Musk, rather than banks, contributed almost $7.1 billion to the purchase of Twitter.

This has led many in the industry to speculate that Binance will serve an important role for Twitter in the future. A number of scenarios are possible in which this would occur. For starters, being one of the largest cryptocurrency exchanges in the world, Twitter and Binance might form a partnership to increase the breadth and depth of their crypto-related services.

Second, BNB Smart Chain might become Twitter’s go-to blockchain provider if the company opts to employ it. As Instagram has already used Flow as its NFT infrastructure provider, there is already a working example of this. There’s also a chance that Binance USD may be accepted on Twitter as a payment method in the coming years.

In any case, these are only theories at this point, and we have no idea how this relationship will evolve over time. Extreme elation has often led to severe setbacks. As an example, despite having alliances with social media giants like Facebook and Instagram, FLOW’s price has encountered significant difficulties.

Whenever the BNB Smart Chain surpassed Tron in the DeFi rankings, the price of BNB went up. It has a TVL of almost $8.3 billion, making it worth considerably greater than Tron’s $6.1 billion. 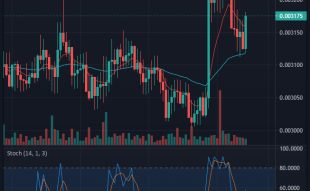