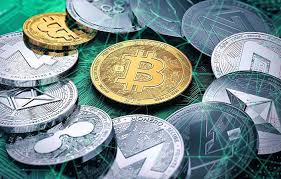 Cryptocurrencies are gaining mainstream adoption by the day, with more and more investors looking to stake a position in the emerging industry.

This has been due to the remarkable success story of Bitcoin so far.

While Bitcoin’s value means it could burn a hole in your pocket, we decided to create a roundup of affordable cryptos that you can buy.

Let’s explore the best cryptocurrency to buy for lower risk returns this month.

Kicking off our list of cryptocurrency to buy for lower risk returns is the popular decentralized protocol Tezos. The Tezos blockchain is an open-source delegated proof-of-stake (dPoS) blockchain protocol that offers peer-to-peer (P2P) transactions.

However, the Tezos protocol is built very differently from its more popular competitor.

The Tezos network has been built from the ground up to be more advanced than the Ethereum network.

This means that it can easily evolve and improve in the future without needing to fork its protocol or employ sharding technology, making it a self-amending platform.

Tezos describes its approach as “secure, upgradeable, and built to last” and claims that its smart contracts provide the accuracy needed in high-level use cases. The Tezos blockchain aims to be a more improved blockchain platform than Bitcoin and Ethereum.

This potential upside has seen several businesses pitching their tents with the blockchain platform. One of such is French banking giant Societe Generale, which tapped the blockchain to experiment on the likely impact of a central bank digital currency.

XTZ is used for most activities initiated in the Tezos ecosystem, including staking, settling fees, and voting on on-chain proposals for the blockchain network.

So if you are on the lookout for a cryptocurrency to buy for lower risk returns, then XTZ holds much promise.

Known as the parody king, Dogecoin is our next cryptocurrency to buy for lower risk returns.

Starting as a Bitcoin knock-off in 2013, Dogecoin has become an overnight success this year, rising more than 15,000% in the first six months of 2021.

Even though it has since seen a major price reversal, Dogecoin is courted by some of the most influential public figures.

One of such is Tesla boss Elon Musk who has thrown his full weight around the project influencing many others like Mark Cuban and Gene Simmons.

Musk has continued to assert that Dogecoin is properly-suited to become a virtual currency to facilitate value exchange. According to the tech entrepreneur, Dogecoin’s faster validation process is a major plus.

He has also accepted payment for his Falcon spacecraft rocket and plans to make the meme token an interplanetary coin in the space race.

This continued media attention has seen Dogecoin birth other dog-themed cryptocurrencies like Shiba Inu (another meme token), Alaska Inu, Baby Doge, and several others.
With a current price peg of just $0.1902, DOGE is the 8th most valuable cryptocurrency. Price-wise, DOGE has grown exponentially, surging to a record 74 cents in May. Buying

DOGE at its present level could yield massive returns in the event of a rebound.

Another cryptocurrency to buy for lower risk returns is the popular peer-to-peer (P2P) platform BitTorrent.

Starting out in 2001, BitTorrent has always focused on enabling the decentralized distribution of files and data. Many users have turned to the communication protocol whenever they need to transfer large video files or audio containing songs.

With P2P becoming the normal way to distribute data, BitTorrent accounted for 3.35% of the global bandwidth – with more than 6% dedicated to file-sharing in 2013.

BitTorrent did not slow down its drive to enable users to transfer files effortlessly.

In 2018, the popular decentralized protocol Tron acquired the company. Since then, BitTorrent has continued to grow and add new features.

Its BTT token was released in Feb. 2019 as a way for users to settle transactions on the platform.

It has also incorporated decentralized solutions and cryptocurrencies to its original goal of enabling file sharing. Users can also enjoy premium services through its paid VPN services and ad-free browsing.

Even though it currently trades at $0.002302, BTT is another cryptocurrency to buy for lower risk returns in the long run.

Another cryptocurrency to buy for lower risk returns is the blockchain platform Tron network.

Tron is easily identifiable with its founder Justin Sun. Sun had previously built the popular Chinese video-sharing Peibo into a top company.

Aside from this, the Tron network is still a great crypto protocol to look into. This is because the blockchain platform is looking to decentralize the internet.

The project was funded in 2017 by the Tron Foundation, which says it wants to change the world with technology.

But primarily, Tron is focused on building a free, global digital content platform with blockchain.

The Tron network acquired BitTorrent in 2018 to increase its capacity in file-sharing technology. Its TRX token is trading at $0.05812 currently.

Last on our cryptocurrency to buy for lower risk returns is the popular Ethereum killer Cardano.

A proof-of-stake (PoS) protocol, Cardano aims to address the issues surrounding the Bitcoin and Ethereum protocols. 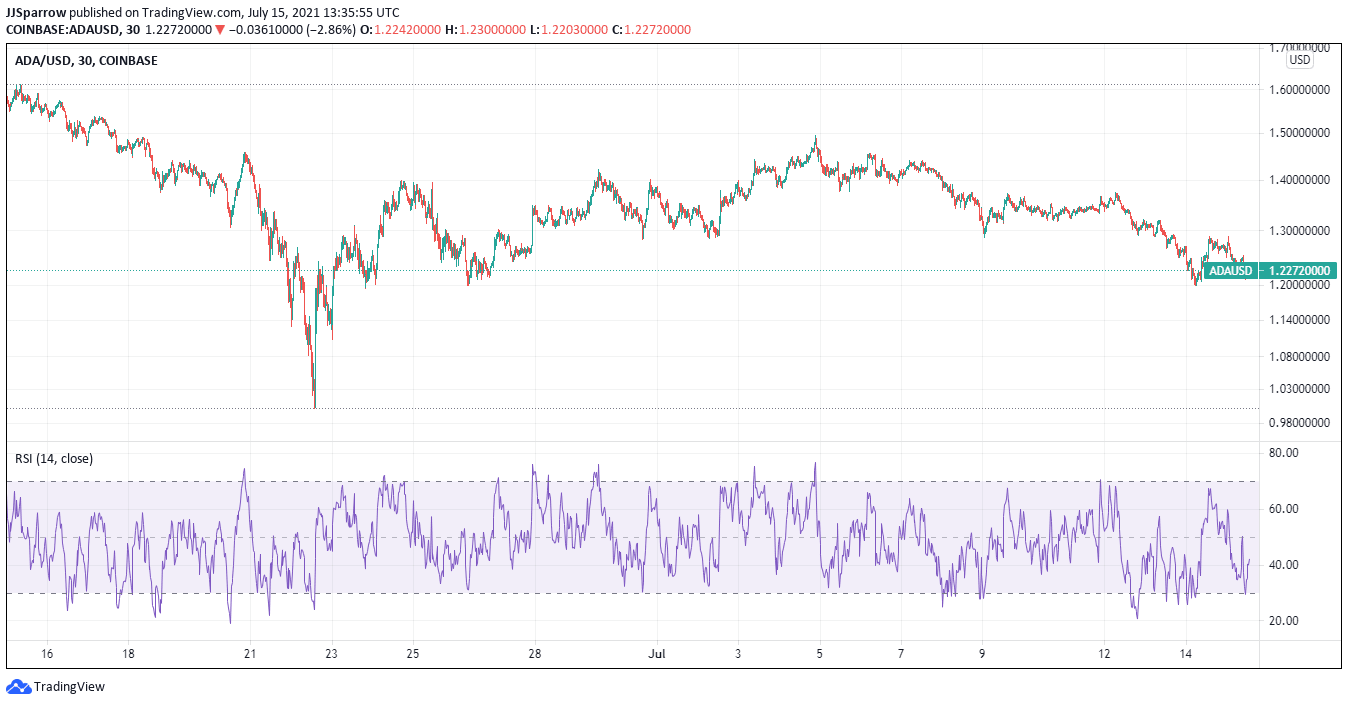 Even though the project is still under development, the blockchain platform is part of the top ten most valuable protocols.

It is a peer-reviewed academic endeavor that uses the now-famous Ouroboros mining protocol.

This allows validator nodes to be chosen according to epochs, thereby cutting down on energy consumption and saving time in the process.

Cardano has been rolling out several upgrades, and its roadmap has left many investors excited. According to a recent report from social trading platform eToro, Cardano’s ADA is the most invested crypto asset with 51% interest surpassing Bitcoin at 42%.

Going currently for $1.22, ADA is a cryptocurrency to buy for lower risk returns given its low price action.

Decentraland (MANA) is performing exceptionally well at the moment after massive gains in the ...