Algorand price was on an upward trajectory at the beginning of November before reports of the FTT token difficulties came in and culminated in the eventual collapse of the FTX crypto exchange. Since November 6, however, following clear revelations that FTX was headed for collapse, Algorand plunged in value as ALGO price went down more than 50%, but the trend looks poised to change following recent news on the Algorand network.

With a market cap of $4.23, AVAX currently stands at #20 in the market’s list of largest crypto assets.

In the crypto market, many things ride on the kind of news that is trending at that time, whether positive or negative. This is because news tends to influence trader and investor sentiment, which makes keeping an eye on what is happening in the crypto world a vital aspect for crypto market participants.

The Algorand ecosystem has experienced massive adoption this year, among them a remarkable collaboration with FIFA for the Algorand Network to become FIFA’s official blockchain. In the joint venture, Algorand will help FIFA develop the digital assets strategy while FIFA will provide sponsorship assets.

Algorand has also signed a deal with EI Salvador, on a joint venture to develop blockchain infrastructure for the Latin American country. Additionally, Algorand is working with ICON on a collaboration that will see Algorand have a security partner with the BTP integration. Once this materializes, the Algorand network will become more diverse and vibrant.

Beyond that, Air Europa Aviation Company has also revealed a collaboration with Algorand to use Algorand’s blockchain in minting Air Europa’s NFTs. The venture also features TravelX, who is coming in to help Air Europa by linking and bridging the physical transportation world with the blockchain. Resultantly, Air Europa will become the first-ever airline to use blockchain for “inventory distribution & management.”

In addition, Algorand has also signed deals with many other giant institutions like LimeWire, NJ/NY Gotham FC, and hip-hop artist DMC, among others! And that’s not the end; the most recent news involves Italy deciding to leverage Algorand’s blockchain for digital guarantees platform.

In a recent news release on Tuesday, December 13, Algorand said that the Bank of Italy has chosen its network to serve as its public blockchain platform, which is slated for launch in early 2023.

BREAKING: Algorand has been CHOSEN to be the public blockchain chosen by the Digital Sureties platform of Italy 🇮🇹🔥$ALGO

Accordign to the announcement, the new platform will be the first time a European Union nation leverages blockchain technology for bank and insurance guarantees.

The development rides on the expectation that a significant percentage of bank and insurance guarantees will use digital ledger technologies as part of Italy’s National Recovery and Resilience Plan (NRRP). As part of its COVID-19 recovery plan, the European Union allocated almost 200 billion euros ($212.6 billion) to Italy.

Federico Rajola, professor at the CETIF, in the statement, said:

“We selected Algorand because of its unparalleled level of innovation and security among permissionless [distributed ledger technologies], as well as because of its leadership in sustainability.”

On this note, the press release states “Blockchain is ideally suited to these types of programs given the technology’s ability to provide fast, efficient, low-cost, and scalable data transactions,” adding that “Digital ledger technologies help protect against fraud – a known challenge with bank and insurance guarantees.”

Algorand price set a swing high at $0.455 at the beginning of the month of November ahead of the start of the FIFA World Cup in Qatar. What followed was a severe meltdown triggered by the collapse of crypto exchange FTX which appeared to shake investor interest in crypto assets. This was defined by a two-week sell-off as the ALGO price corrected to lows around $0.225.

The token then attempted a recovery on November 23 that was halted at the $0.25 resistance level. Over the next few days, ALGO recorded a series of lower highs and lower lows eventually dropping below the $0.22 psychological level on Monday.

This price action has formed a falling wedge pattern on the daily chart (below), hinting at a significant upward breakout. This technical chart pattern is considered a significantly bullish reversal pattern which is confirmed when the price breaks above the upper trend line.

From the chart below, it can be seen that the falling wedge chart pattern was confirmed when the Algorand price escaped from the formation on Tuesday, confirming and bullish breakout. The profit target of a falling wedge is measured by adding the maximum distance between the upper and lower trend lines to the breakout point.

On the contrary, if the price turns down after testing the $0.24 spychological level, it may continue to fluctuate within the range of the governing chart pattern with its target getting lower and lower.

More bullish cues for Algorand price came from a growing positive divergence between its price and the momentum indicator. To put this into perspective, ALGO’s recent downtrend, as outlined by the falling wedge, was accompanied by an upside retracement by its Stochastic RSI. This trend-following momentum oscillator is used to tell the strength of the trend and to show whether an asset is oversold or overbought.

This scenario is referred to as a bullish divergence and suggests that sellers are slowly loosening their grip on ALGO and that bulls are ready to enter the market again. The upward movement of the oscillating indicator was an indication that buyers had begun re-entering the market, adding credence to the bullish thesis.

Also validating the token’s upward outlook was the Moving Average Convergence Divergence (MACD) indicator which was still bullish when it moved above the signal line on November 30. Note that Algorand’s upward trajectory will gain more traction once the MACD crosses the zero line into the positive region.

On the downside, the Stochastic indicator was positioned in the negative region at 32, the MACD was positioned below the neutral line and the moving averages were facing downward, a suggestion that the price trend still favored the downside.

Therefore, if the Algorand price turns away from the current level, it would drop first to the wedge’s descending trendline $0.215, and later back into the confines of the pattern where it could continue consolidating for a few more days.

In highly bearish cases, the ALGO price may drop lower to tag the support line of the wedge at $0.195. Market participants could expect the sell-off to stop here, giving late investors a chance to buy Algorand at a discount before another attempt at recovery is made.

Following the changes within the crypto space in 2022, investors have experienced a significant price downtrend. With bears controlling the market, investors must certainly remain cautious with new investments. Supposing this challenging period extends to the coming year, you should consider the most potent and safest investing models.

There are many amazing reasons why RobotEra (TARO) is the ideal choice for investing this December and into 2023. First, the project will enable users to play to their imagination and create their land, the planet, and the continent.

Design your own NFTs and explore a metaverse full of opportunities ⬇️
https://t.co/UJ3inomU89 pic.twitter.com/fWsyy7xx5Q

In RobotEra, there are no limits whatsoever, and players have the freedom to engage in different activities including mining, constructing, collecting energy, playing, and much more. The game also makes it possible to acquire g resources from the ground and generate robot companions.

RobotEra incorporates non-fungible token (NFT) assets into the gameplay to provide all players with a genuine blockchain construction experience.

The project’s native token is $TARO, which is the utility token in the RobotEra ecosystem. Among the token’s use cases include buying and selling inside the ecosystem. It was developed on the Ethereum network and is based on the ERC-20 standard for tokens with limited functionality.

As of December 12, the project had raised $500K, but the figure has strikingly grown within two days surpassing the $540k mark.

DON'T MISS OUT AND JOIN THE PRESALE NOW ⬇️https://t.co/UJ3inomU89 pic.twitter.com/atuUrxR56L

This is a stunning achievement given the downturn market. TARO now costs only $0.025 per token. 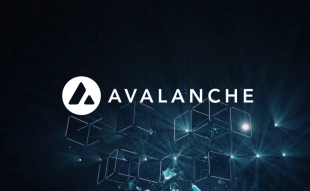 Avalanche price prediction: AVAX Readies For A Massive Lift Off To $30

Join Our Telegram channel to stay up to date on breaking news coverage Avalanche ...