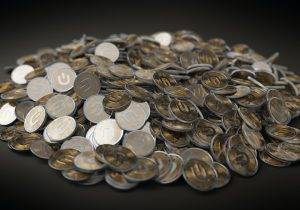 The fourth week of March is underway, and the crypto market is starting off relatively bearish. With coin prices hoping to avoid another slip into the red zone, investors will also be looking for top crypto to buy to protect themselves.

Below, we’ll look at some of the top crypto to buy this week as we get things underway.

Kicking off our list of the top crypto to buy is LBLOCK. The asset is the native token for Lucky Block – a blockchain-based gaming platform looking to disrupt the $230 billion online lottery industry.

Using blockchain, Lucky Block ensures transparency and fairness in the online gambling space. Its reliance on a decentralised platform makes it easy for users to play the lottery games they want. Lucky Block was created as a direct response to the limitations of the conventional online gambling industry.

LBLOCK is the native token for the Lucky Block Network. LBLOCK token holders can buy the coins to access a world of benefits. One of such is the ability to generate passive income just by holding the digital asset. 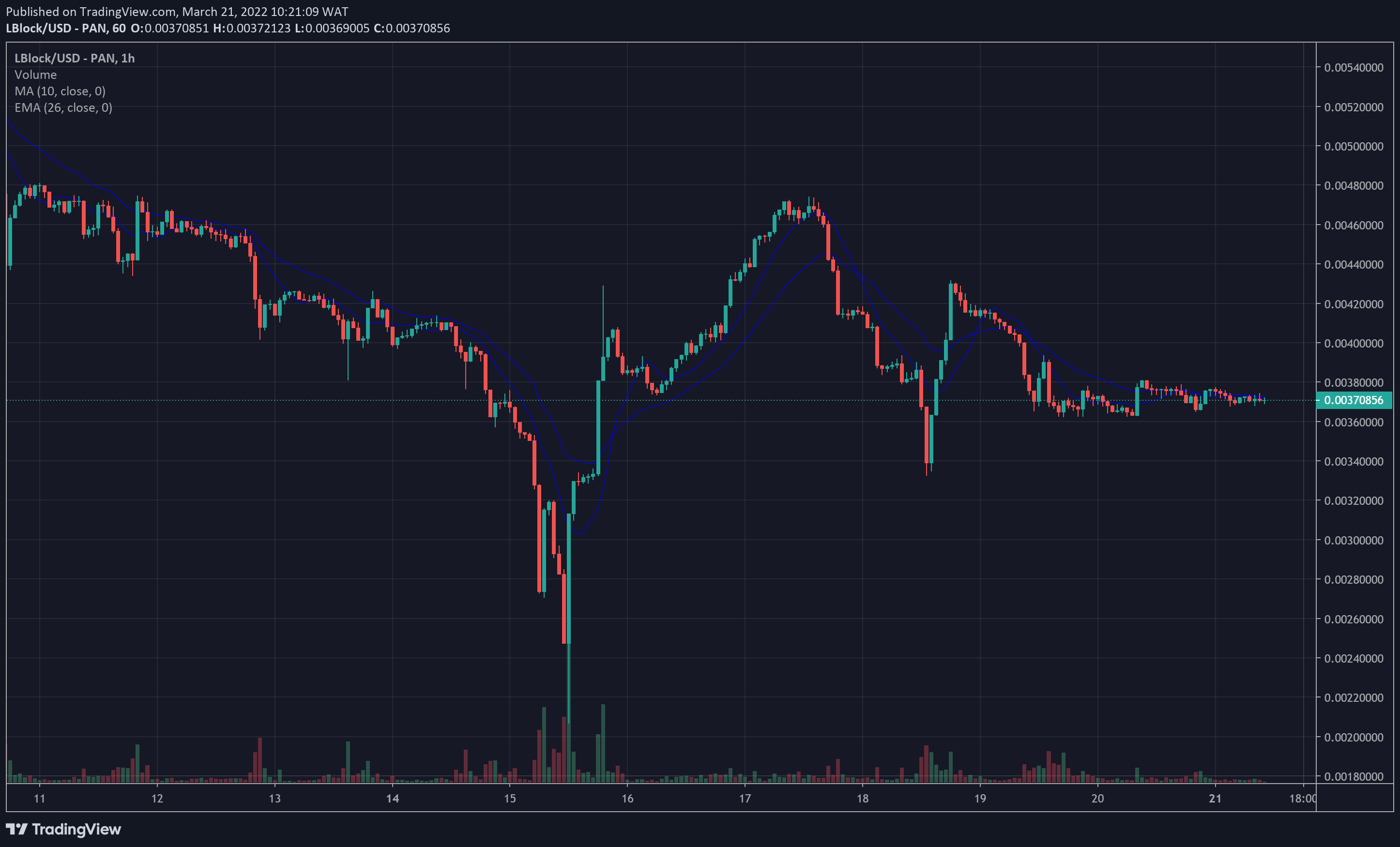 With a current price peg of $0.00366, LBLOCK is still up over 10 times since its listing price. For a new coin, this is beyond impressive. Investors can purchase the asset on PancakeSwap – one of the world’s largest decentralized exchanges (DEXs) and LBank.

The Lucky Block developers still have a lot in the pipeline. The Lucky Block mobile app is nearing completion, and beta testing is currently underway. Last week, they also launched Lucky Block v2 – an upgrade that will make the asset available for trading on centralized exchanges and open it up to Ethereum liquidity pools.

XRP comes next on our list of the top crypto to buy this week. The asset needs no introduction, being the market’s standard for cross-border and international payments. Over the past year or so, XRP has consistently been in the news given its legal tussle with the U.S Securities and Exchange Commission (SEC) over alleged securities fraud.

The securities fraud case hasn’t stopped XRP’s price from rising, as the digital asset has remained one of the top ten most valuable digital assets by market cap.

Last week saw another development in its case with the SEC. The blockchain company had claimed that the SEC didn’t give it fair notice that XRP would be considered a security, and the SEC filed with the judge to dismiss Ripple’s defence. However, Southern New York District Court Judge Analisa Torres denied the SEC’s motion to dismiss this, allowing Ripple to use it as a pivotal defence that could win the case. 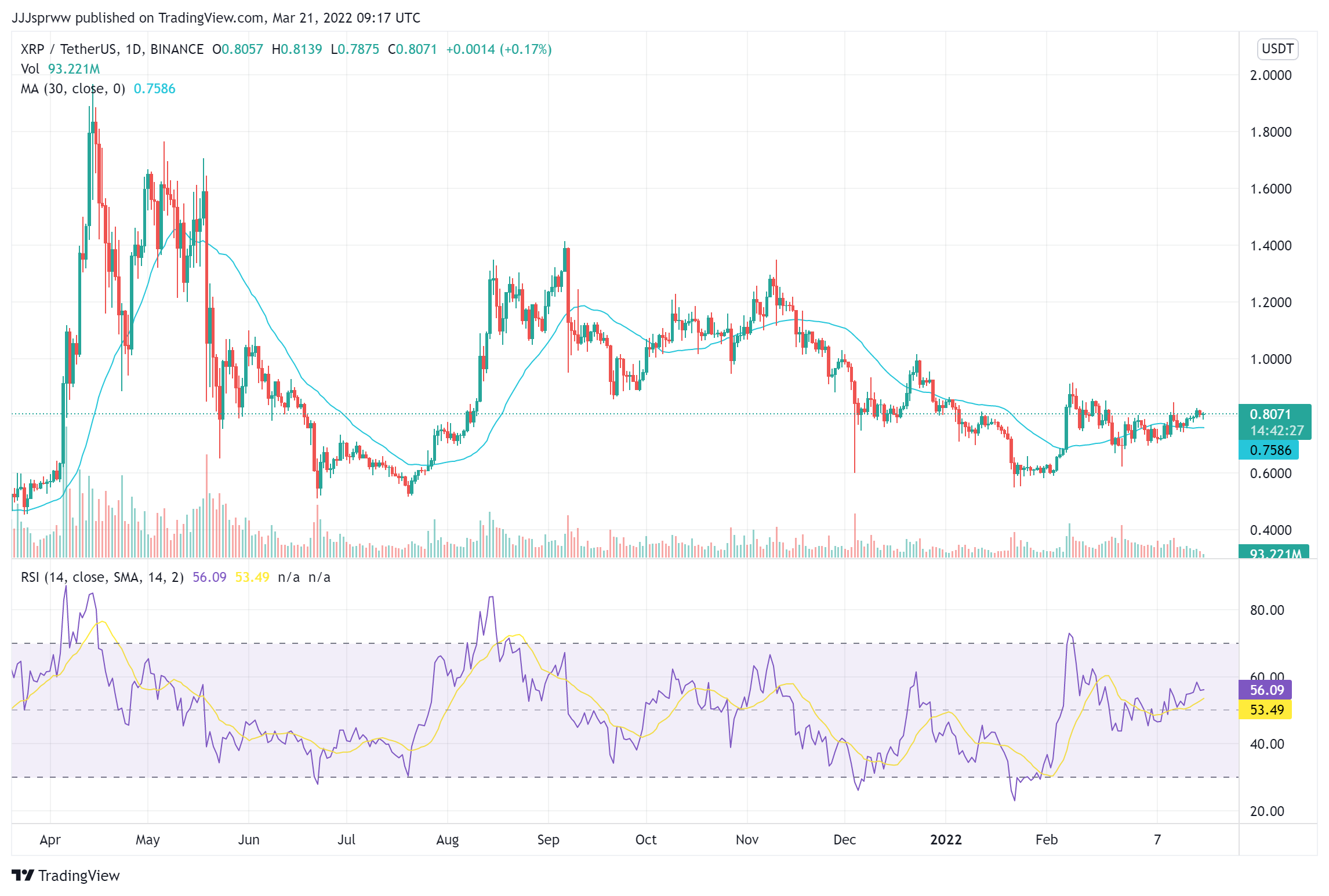 Ripple CEO Brad Garlinghouse called the development a “huge win,” although the case continues to unravel. These strong fundamentals have led to a 1.63% jump in the past 24 hours, with analysts expecting more upside for XRP.

Elsewhere, Ripple has also offered 1 billion XRP tokens to developers looking to build on its XRP Ledger. The funding is part of the XRPL Grants program, which Ripple hopes will help support the development of open-source projects on its blockchain.

Aave is one of the world’s most popular decentralized finance (DeFi) protocols. It holds the third position on the DeFi Pulse rankings, and it is the second most popular lending protocol in the space.

With AAVE riding a 1% gain in the past 24 hours, the digital asset is surely doing better than the broader market and, there seems to be some momentum for it going forward.

Last week, Aave launched Aave v3 – a massive upgrade to its existing model of liquidity pools. The upgrade comes with improvements like cross-chain asset functionality, a gas optimization model that should reduce gas fees by up to 25%, and a community contribution pool. 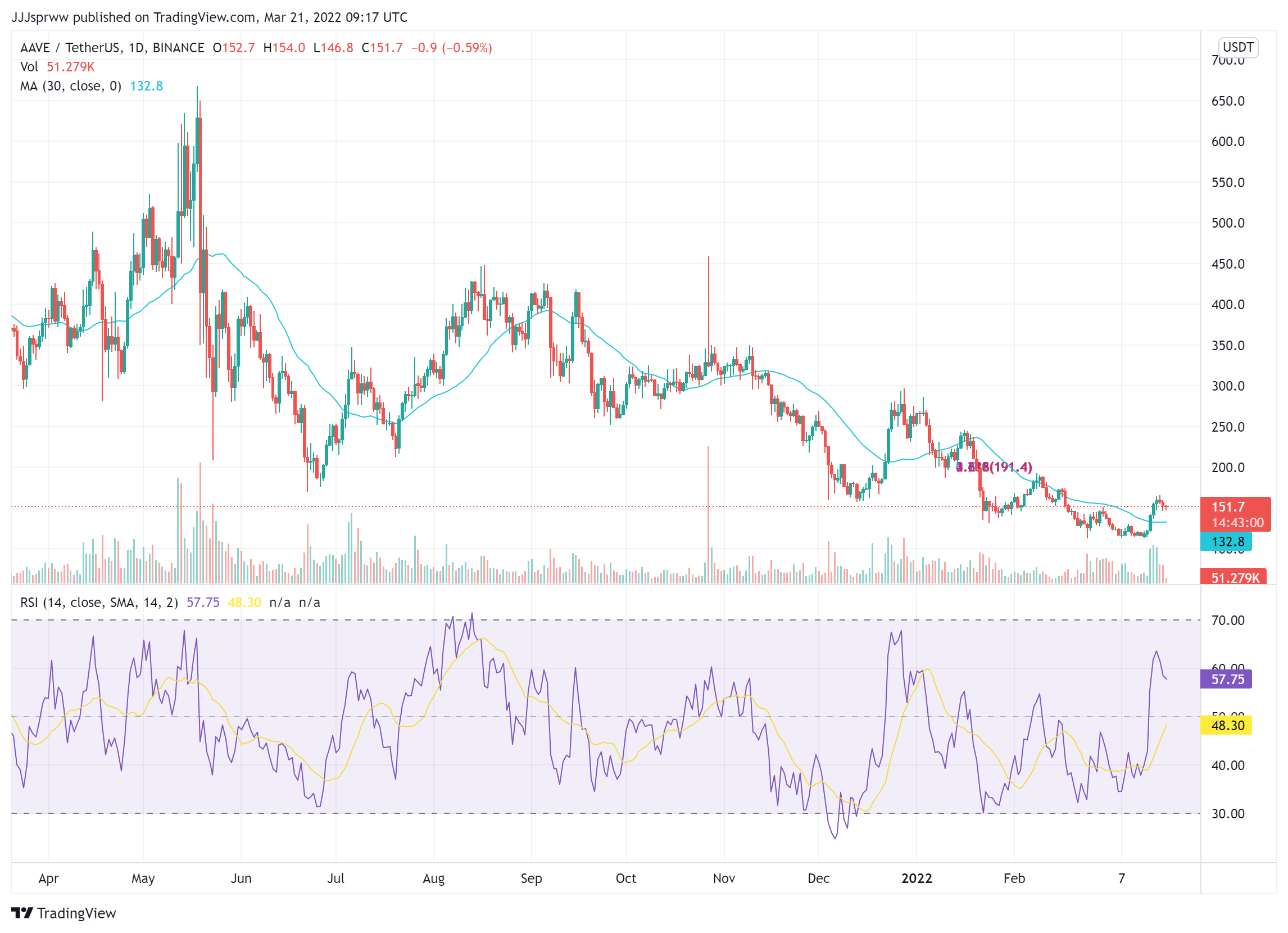 The upgrade also integrated several wallet decentralized applications (DApps). These include Zapper, Paraswap, Instadapp, and much more. As Aave looks to get better, investors can expect much better service from the lending protocol. This should only boost the AAVE price.

GRT is one of the little known crypto gems in the market. The asset is tied to an impressive project, and a recent upgrade makes it among the top crypto to buy.

The Graph is an open-source platform that allows users to access and process data across different blockchain applications. It operates by analyzing and collecting data before storing them in different indices – known as Subgraphs. Decentralized applications (dApps) can send queries to The Graph’s protocol through GraphQL – a Facebook-created programming language. In turn, they can use this data to optimize their operations. 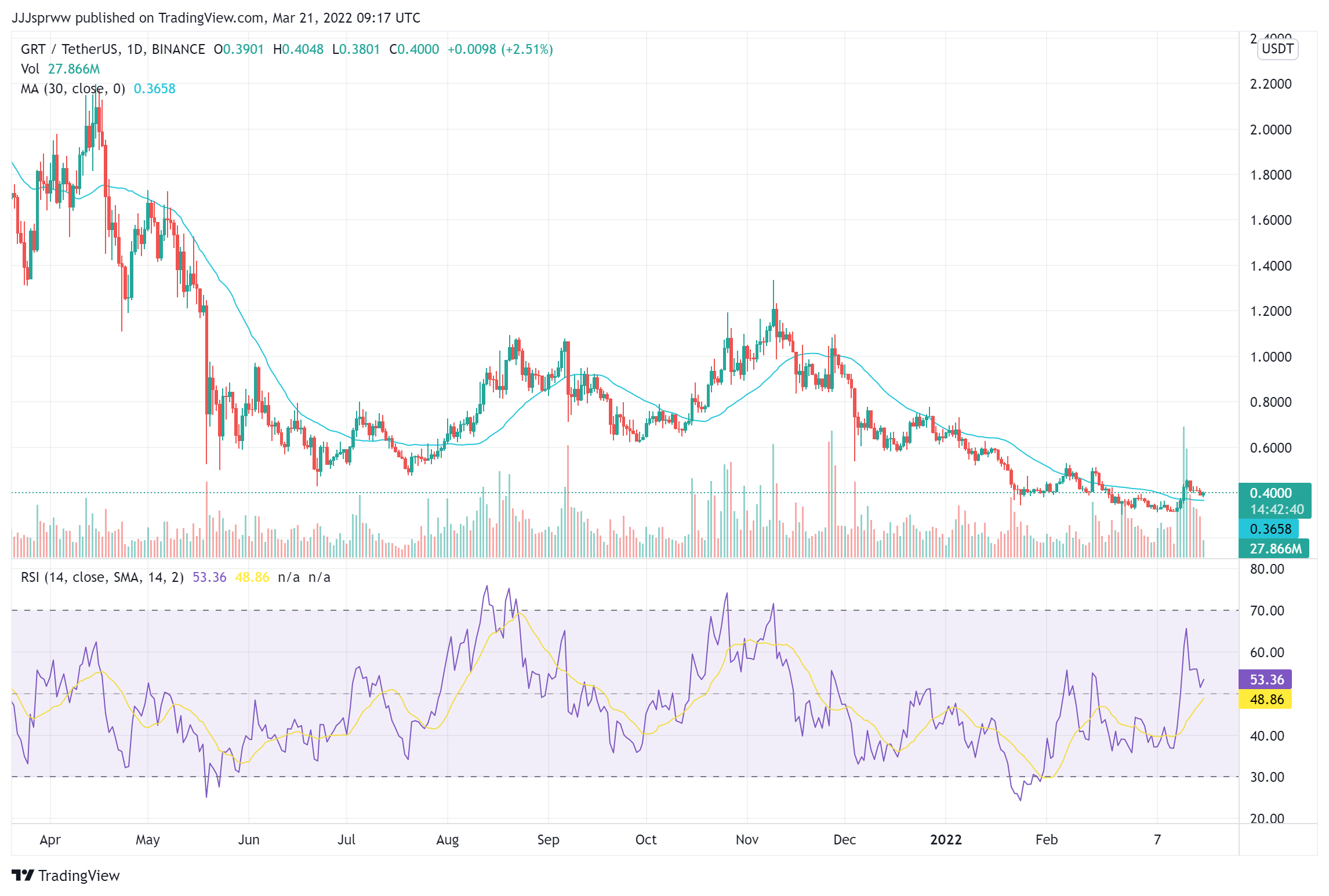 Currently, The Graph indexes and transfers data across over 26 different blockchains. GRT is the network asset, and it helps to secure data and pay for requests. The asset is up by 6.3% in the past 24 hours, beating the broader market’s performance.

Recently, The Graph made a big announcement that Ethereum subgraphs were fully migrated to its mainnet. The blockchain protocol claimed that subgraph migrations had so far jumped 30% quarter-over-quarter. 282 subgraphs have so far migrated successfully, and the numbers continue to increase by the week.

Waves is a multi-purpose blockchain platform and a top smart contract protocol. The blockchain has undergone different upgrades leading up to the big Waves 2.0 reveal. The network’s asset, WAVES, is down 0.68% in the past day. However, this could be an opportunity for investors to buy the dip.

There has been a significant increase in activity on Wave over the past month. Data from DeFi Llama shows that the ecosystem’s total volume locked (TVL) has surged from $700.9 million on February 4 to $2.77 billion on March 18. The increased TVL has primarily been attributed to gains in Neutrino – an algorithmic price-stable assetization protocol that helps users to create real-world stablecoins. 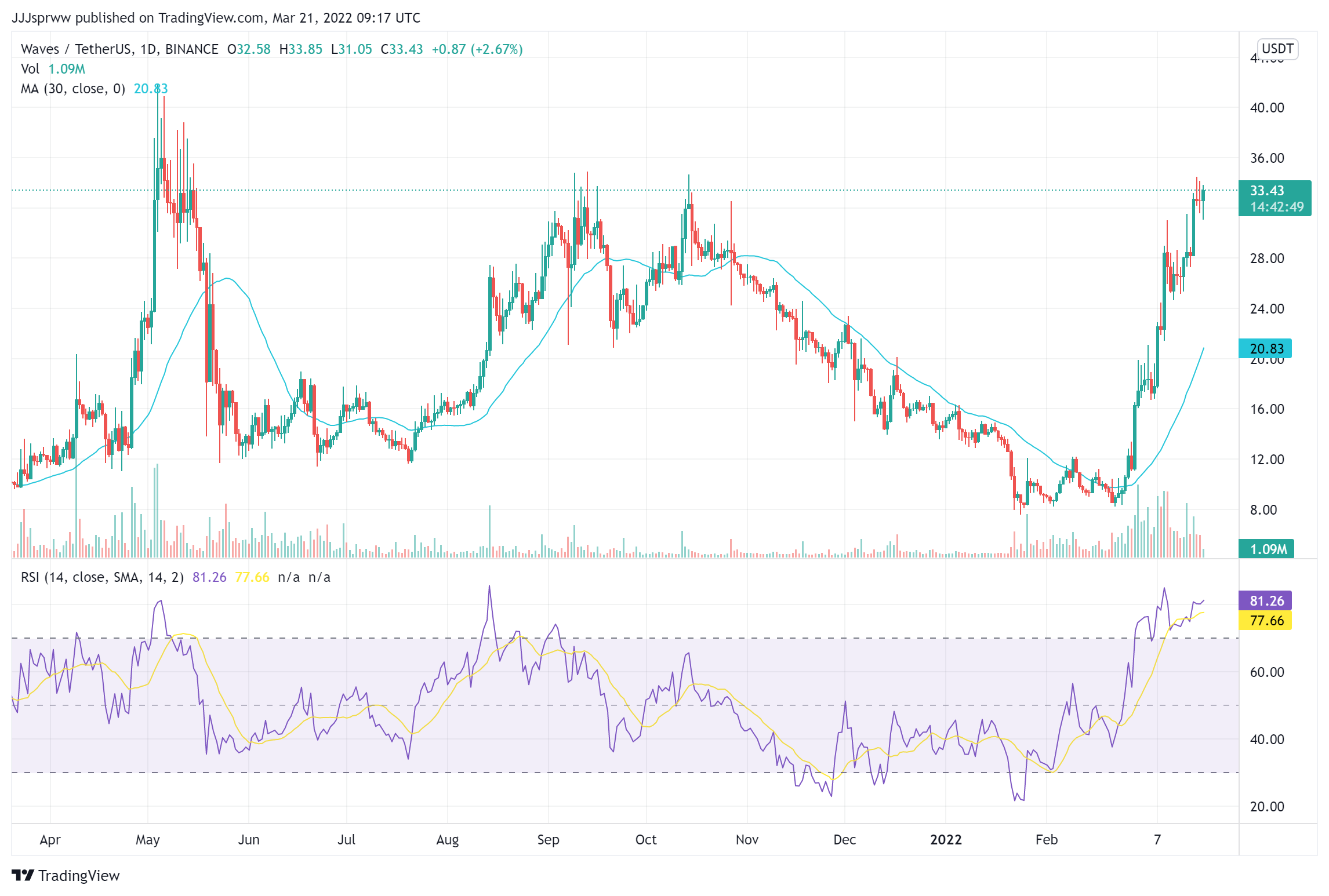 During the same period, the price of the WAVES token jumped by 278%, from $8.17 to $31.04. This increase was sustained over multiple bearish seasons, showing that interest in the Waves ecosystem is surging on multiple fronts. 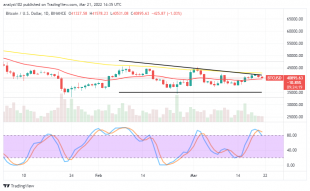