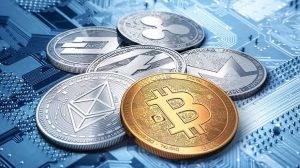 The cryptocurrency market is once again on the up. Its total cap now stands at just over $2.7 trillion, representing a rise of 4% in the past 24 hours. Ethereum (ETH) is leading the pack of major coins, with bitcoin (BTC) and others also posting solid gains. We’ve compiled the hottest coins right now into a list of the 5 best cryptocurrency to buy for the weekend rally. 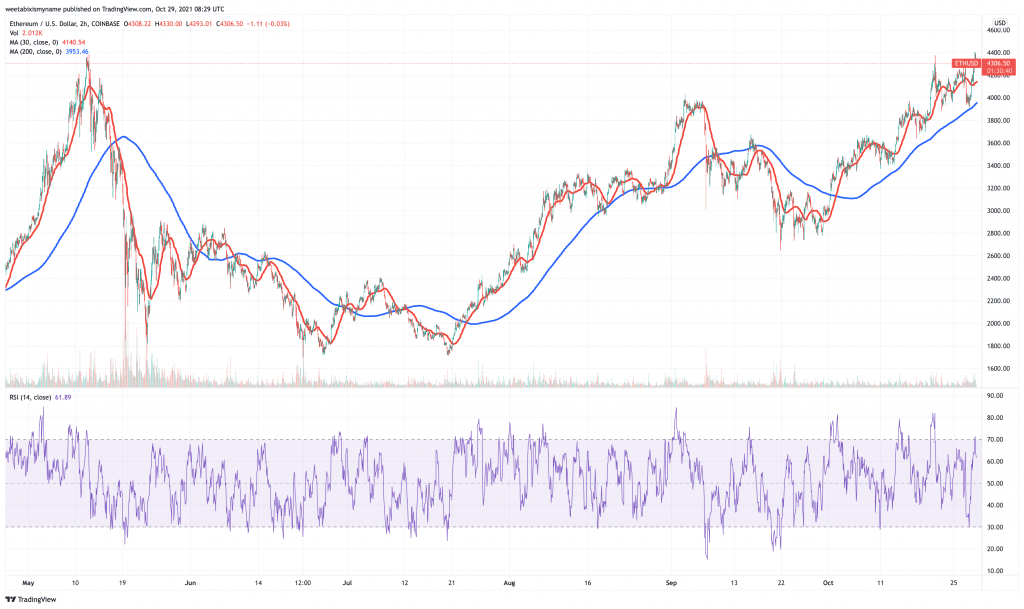 As we’ve been saying ever since the London hard fork of August (and before), there are many fundamental reasons why ETH is a good buy. Most notably, this fork has resulted in Ethereum burning a portion of its transaction fees, making ETH deflationary in the process.

$ETH price breaking new highs while a record amount of 16.9k ETH was burnt in the past 24 hours

This also brings ETH's issuance to a record low of -1.1% pic.twitter.com/UrG0g0urlO

At the same time, more ETH holders are sending the cryptocurrency to Ethereum 2.0’s staking contract. Indeed, this contract now holds over eight million ETH. This is an impressive figure, and likely to increase even further as next year’s transition to proof-of-stake draws closer.

The amount of $ETH staked in the #Ethereum 2.0 contract recently surpassed the 8mm mark.

This all creates a perfect storm of conditions ripe for ETH to surge strongly in the coming days, weeks and months. In fact, even JPMorgan is starting to champion ETH, with a  a report from a few weeks ago revealing that some institutions are beginning to prefer ETH over BTC. This is why it’s one of our 5 best cryptocurrency to buy for the weekend rally. 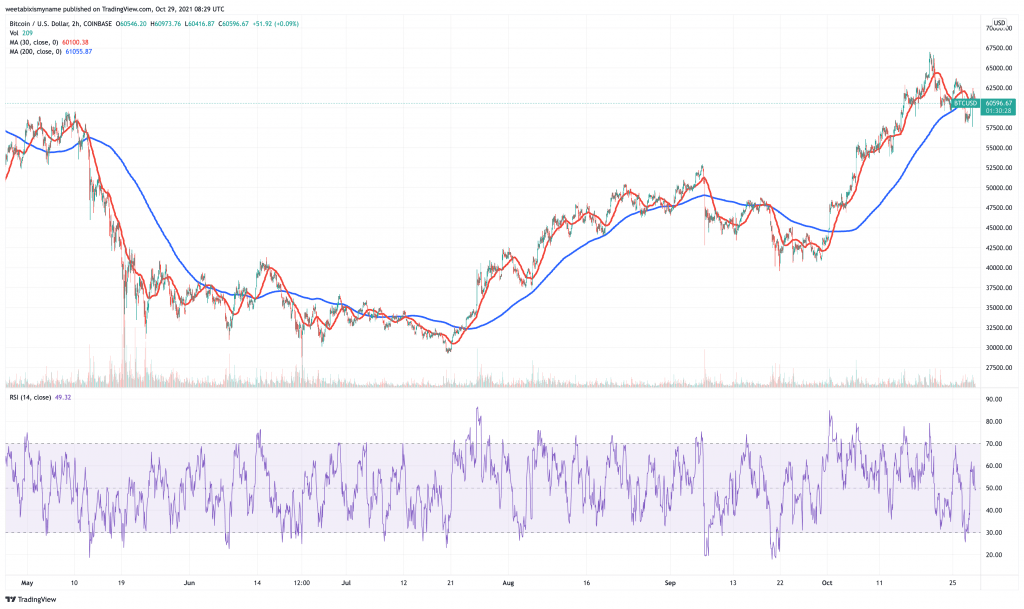 BTC is in a good position right now for anyone wanting to buy it at a relative discount. The fact that its 30-day average is still higher than its 200-day means it’s still riding momentum. Yet at the same time, its RSI is close to 50, suggesting that it’s very far from overheating.

And BTC has plenty of fundamental reasons as to why it could rally this weekend. Last week, the SEC gave the green light to the ProShares Bitcoin ETF. Better yet, more Bitcoin ETFs likely to follow, something which will only expand its market. When you add rising inflation into this cocktail, the cryptocurrency has a very good chance of ending the year on a high.

For bitcoin bulls, the cryptocurrency is likely to end the year above $100,000. At least, this is what’s predicted by the stock-to-flow model, which more or less remains on track at the moment. 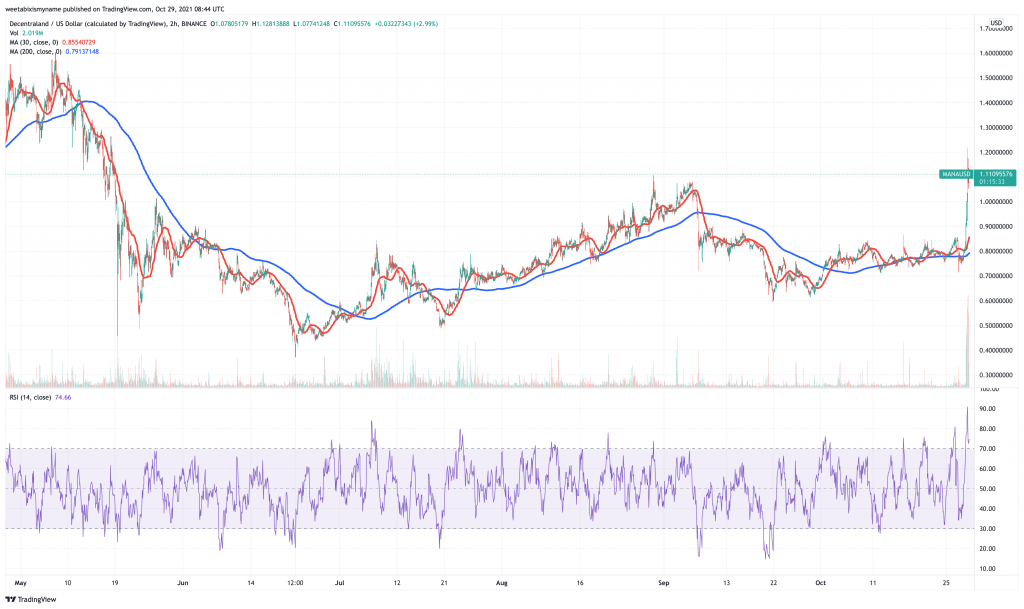 The native token of the Decentraland open-universe game, MANA’s surge is so recent that its 30-day average has yet to register the jump. Nonetheless, momentum has built rapidly behind MANA, and all for one reason: Facebook.

Facebook? Well yes, because the social network has announced it’s changing its company name to Meta. This is intended to highlight its development of a ‘metaverse,’ a virtual space it hopes people will “play and connect [and presumably buy things] in 3D.”

Announcing @Meta — the Facebook company’s new name. Meta is helping to build the metaverse, a place where we’ll play and connect in 3D. Welcome to the next chapter of social connection. pic.twitter.com/ywSJPLsCoD

However, Facebook’s pivot to the metaverse has inadvertently served to highlight the projects already providing a fully functioning metaverse, such as Decentraland. Hence, MANA’s jump in the past 24 hours, with Sandbox (SAND) rising by a similarly above-average 16%.

At the same time, Facebook’s announcement has coincided with Decentraland hosting its first Metaverse Festival. This event has highlighted Decentraland’s growth and successes, as well as the fact that it already has a big head start on Facebook and other would-be rivals.

Missed out on the #MetaverseFestival ?

Or just wishing you could turn back time and relive it?

We wrote all about our experience through the four amazing days at @decentralandhttps://t.co/cfC9HmcznD 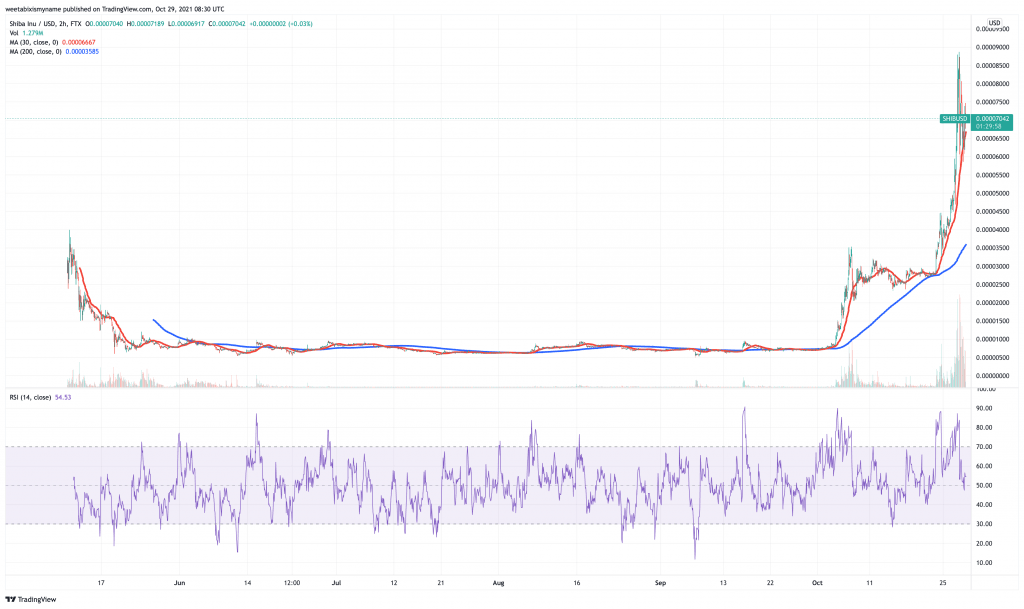 SHIB continues to rally decisively, with its 30-day average zooming above its 200-day average. It has been rocketing ever since Elon Musk tweeted a picture of a Shiba Inu dog, and it seems to have only gained momentum ever since.

Whales have reportedly snapped up SHIB in big quantities, causing the rally to extend. It’s not clear when it will end (it certainly will at some point), but for now it seems that it still has plenty of steam left. Which is why, despite not having good long-term fundamentals, SHIB makes it onto our list of the 5 best cryptocurrency to buy for the weekend rally. 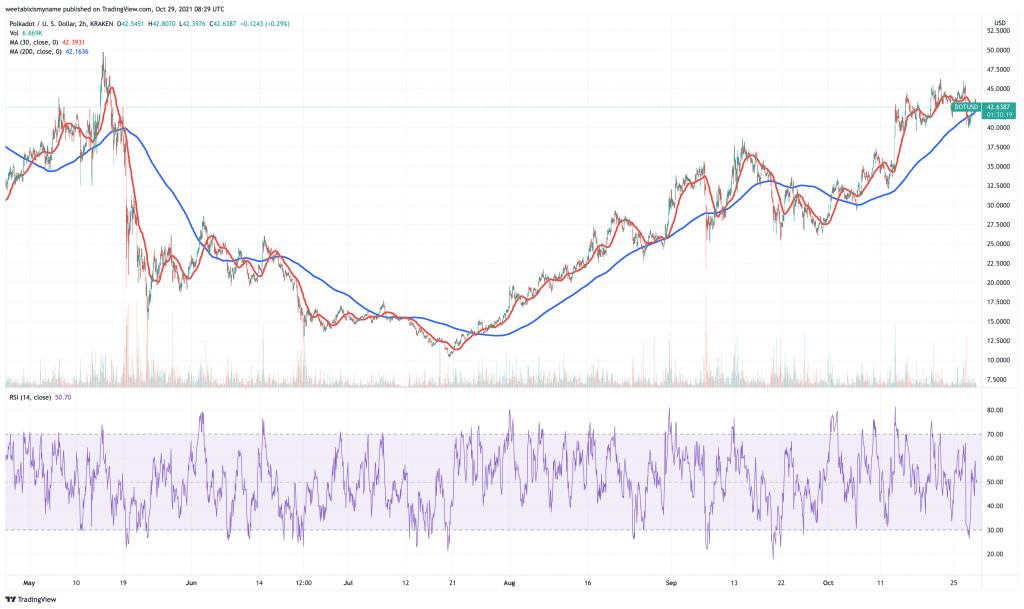 DOT is a good coin to buy right now for technical and fundamental reasons. On the technical side, its RSI is firmly in neutral territory, indicating that it’s likelier to witness a jump than a drop (which usually follows being overbought).

On the fundamental side, Polkadot is awaiting its first parachain auctions. These will decide which projects get to build on Polkadot and connect to the platforms central relay chain. Once this auction has taken place, we can expect DOT to rally strongly. We could also expect it to rally in the days beforehand, with the first auction due to happen on November 11.

Basically, auctions will result on platforms being launched on Polkadot. In turn, DOT will experience much higher demand, as parachains will need it for bonding (connecting to the main relay chain), and for fees, governance and staking. As such, DOT could really rally soon. This is why it’s one of our 5 best cryptocurrency to buy for the weekend rally. 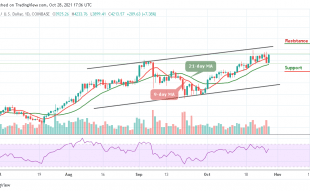