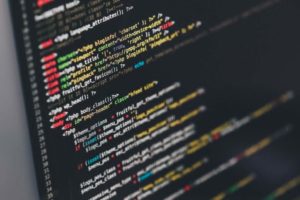 Bitcoinist spoke with the founder and developer of Samourai wallet, the most privacy-focused bitcoin software wallet, self-described as a “Bitcoin wallet for the streets.”

The pseudonymous developer, who we’ll refer to as ‘Samourai,’ explained the importance of privacy in transacting, why Samourai is the most secure wallet to date, and why they have zero plans to support altcoins.

We’re not going to wait for others to build the tools we want to see.

Bitcoinist: How does Samourai wallet differ from your typical Bitcoin cryptocurrency wallet? Why do you describe it as “a bitcoin wallet for the streets”?

Samourai: When we first decided to build Samourai in early 2015, the major trend in wallets at the time was to rip out any functionality that may be difficult to explain to your grandmother. An obsession – fueled by nocoiners employed by most of the major wallet providers – with building a PayPal style experience saw the removal of many important features to Bitcoin users.

While we appreciate great UI/UX, we felt this was a situation where most providers were putting the cart way before the horse and sacrificing the essential features for a non-existent group of users with nonexistent problems to the detriment of actual users with actual problems to solve for.

We decided that Samourai would be a wallet for Bitcoiners, not for their grandmothers.

The feature set would be designed and built to provide users with ultimate control over their funds, with a focus on function over form. We settled on the tagline “A bitcoin wallet for the streets” because we believe Bitcoin to be the best form of cash available to the world today, and cash is king on the streets.

“The streets” can be seen as a metaphor for anything outside the ever-growing surveilled walled garden of the legacy financial system. Your Visa card is no good on The Streets, too much of a fingerprint left behind. Your Fiat currency is no good on The Streets; it is worth far less there. Your ability to interact with your Bitcoin is only as good as the wallet you are using.

So we decided Samourai would be the best wallet possible for the users who needed to make the transactions that they were told they shouldn’t or couldn’t make. We’re doing it for those users.

Bitcoinist: Why do you believe privacy is so important for Bitcoin?

Samourai: Privacy isn’t just important for Bitcoin, it is important in all aspects of life, personal privacy is a de facto requirement of self-sovereignty. There are many things one may desire to keep private in their life; political, social, and business activities are all maintained with a degree of privacy.

In Western cultures, the right to privacy is seen as a fundamental right of man and is enshrined in the laws that man has created. As it turns out, relying on the law of man as the only weapon in your arsenal to defend your rights eventually results in the erosion of those rights.

With Bitcoin we cannot and should not rely on the law of man, but rather the law of code. Code cannot be censored, it will always propagate, and users will be armed with new and effective tools to protect their rights from ever expanding encroachments.

Privacy when transacting is simply an extension of the right to freedom of speech – regardless of the opinions and laws of the regime you happen to be subject to, a private transaction method allows you to express your financial speech without fear of reproach by oppressive regimes or societal pressures.

Bitcoin serves as a store-of-value due to the continued immutability of the Bitcoin blockchain, which is currently made possible in part due to the public and transparent nature of the chain. This is why, until protocol level innovations are discovered and implemented, it is up to wallet developers and service providers to help protect the privacy of their users. Bitcoinist: Does Samourai support other currencies besides bitcoin?

Samourai: No, Samourai only supports BTC. We have no personal interest in any other altcoins, and wouldn’t know what problems are facing those users to solve for. Combine that with the fact that 99% of all altcoins aren’t actually being used in any meaningful way other than speculation and on-exchange activity. We do not think it serves anyone – altcoin or bitcoin user alike – to dilute our offering with distractions.

Bitcoinist: What features make Samourai the most secure and private wallet to date?

Samourai: Samourai offers a number of unique features aimed at increasing privacy or security across a wide spectrum. For example, our SIM Switch Defense feature has successfully alerted users when their SIM card is being hijacked by an attacker, allowing them to contact their mobile provider and take appropriate steps.

On the privacy side, we released STONEWALL last month which adds plausible deniability between the linking of inputs and outputs of a transaction. This is offered for free and enabled by default in all wallets.

A popular privacy feature offered is Ricochet – a premium transaction that helps prevent account closures on exchanges by adding 5 hops of additional history to your coins before they reach their final destination. Samourai users also benefit from mobile stealth payments with PayNyms – the first BIP47 implementation – which removes the starting link used by Chain Analysis companies further breaking down their ability to create reliable address clusters for Samourai users. These features work together to offer the user unprecedented privacy and security when transacting in a mobile environment.

Another unique example is Stealth Mode, which makes the wallet invisible on the phone to casual observers.

Bitcoinist: Can you elaborate on “Stealth Mode”?

Samourai: Stealth mode hides Samourai Wallet from the Android Launcher and from the recent apps view on the device. Users will not receive notifications, and there will be no icon to launch the app on the phone.

This is an effective defense against a casual search of the phone for a bitcoin wallet.

In order to launch the wallet, the user opens the phone dialer and enters a special code.

Bitcoinist: Can Samourai be used with a hardware wallet like a Trezor?

Samourai: There isn’t a plug and play integration like there is with OpenDime currently. However, users can easily track their Trezor balance and generate new receive addresses using our free app Sentinel – which is designed specifically for offline, cold storage, and watch only wallets. Additionally, both Samourai and Sentinel can be used to push signed transactions to the Bitcoin network.

Bitcoinist: Your app is only available for Android and is still in alpha. When can we expect the iOS app?

Samourai: iOS version of Samourai and Sentinel are in active development and will both be available later this year, along with the full 1.0 release.

Bitcoinist: Do you have plans to support Lightning Network transactions? Would this be easy to implement?

Samourai: There are no immediate plans for LN support. We want to focus first and foremost on becoming the de facto mobile wallet for on-chain transactions. We continue to be impressed by the progress the LN teams are making, and are researching potential privacy applications that can be enhanced with LN in the future.

Samourai: Bitcoin deserves software that improves and builds on the main value proposition that Bitcoin offers: censorship resistant transactions, true freedom of financial expression, and the ability to safeguard wealth without historical precedence. Most of this feature set was previously only accessible by the elite and privileged few.

The day Satoshi created the genesis block was the day this feature set was democratized and made available to the wider population, not just the privileged few.

Bitcoin deserves the software that expands the reach and visibility of this important feature set to as wide an audience as possible.

We have invested heavily in two prongs of Research and Development. The first prong centers around censorship resistance when it comes to broadcasting transactions with our Mule.Tools initiative. This research has culminated in a Proof-of-Concept app for pushing Bitcoin transactions offline through the SMS network, and a collaboration with Brooklyn based goTenna mesh network provider for pushing transactions offline through their consumer mesh network devices coming Nov 2018.

The second prong centers around transactional privacy – spearheaded by LaurentMT since our acquisition of OXT block exploration platform – which has informed new innovations and improved existing features in Samourai Wallet.

We’re not going to wait for others to build the tools we want to see. We’re going to build them and make them available to whoever wants to use them.

Have your tied Samourai Wallet? Are you looking forward to the 1.0 release? Let us know your thoughts below!

The post ‘With Bitcoin We Cannot Rely On The Law of Man’ – Samourai Wallet (Interview) appeared first on Bitcoinist.com.