Meme Coins have been able to evolve from a simple token that was used for speculative purposes by traders into a utility-backed coupon that provides value to its investors.

The new age meme coins incentivize their investors not just by helping them make a profit when the price is high but also by providing rewards and bonuses that have real value. This also makes sure that the investors hold these coins for the long term protecting it from price volatility.

Dogira has been able to witness this evolution firsthand. Initially launched as a simple meme coin, Dogira saw an unexpected spike in its price (due to the Dogecoin drive). But this fairy tale came to an end, and the team was replaced by industry veterans, one of whom was Eoghan Hayes (former Dogecoin developer).

Following this, a 2nd version of the Initial DOGIRA coin was launched, but this time on the Polygon (MATIC) network. This transition from the Ethereum chain to Polygon helped the team decrease transaction costs by many folds, along with the decreased transaction time. This helped the coin reach an all-time high, but this, too, was short-lived as it crashed along with the other cryptos in the market.

Following Dogira the market has seen a lot of new coins with better project roadmaps and an experienced team to implement them. TamaDoge is at the forefront of this list, as has been made obvious from its successful presale.

The idea behind such an initiative is that the launch, success, or failure of one game would not affect the prices of assets available in other games. This is generally the case with GameFi platforms with a centralized token, and the founders have been able to figure it out well in advance.

The platform provides DeFi features like staking and yield farming. However, unlike in the previous version, transactions in the new version of DOGIRA coins are liable for tax, especially the transactions in which DOGIRA tokens are swapped for other tokens like ETH. This is done to disincentivize the investors from dumping DOGIRA tokens. The tax collected is added to the Liquidity pool.

As already mentioned, the transition from the Ethereum network to the Polygon network has been a game changer for Dogira (just like it was for Axie Infinity). Given that gaming platforms need to handle recurring transactions on a regular basis, the cost of transactions needs to be very low to allow the same.

Despite the new technology and new team, Dogira has not been able to recover to its pre-crash level. One of the many reasons behind the same could be the complex functionality of the platform and the platform’s failure to communicate the same in an effective manner. TamaDoge has been able to do the same in the shortest of time durations and, as a result, won the trust of thousands of early investors.

Why is it Up Lately?

Dogira was up 24% in the last 24 hours, and it might have been a huge deal if it was a fairly new coin. But being in the market since 2021, its growth has not been up to the mark, especially when we look at what the platform has to offer.

DOGIRA has been on a constant decline in the past, and all signs of recovery that we see now are probably because of the decreased value of the token. So even a small hike (negligible) in the coin’s value will have this effect.

The possible reason behind the recent spike in DOGIRA’ value was because of the overall recovery of the crypto market, especially the meme-coin segment, after a dreadful past few months.

The launch of new-age meme-coins is one of the key factors responsible for driving this growth. Utility-based meme-coins like TAMA have been able it receives millions of dollars worth of funds just from the pre-sale. This shows that investors are once again starting to put their trust in these assets, which is good news for the entire crypto industry.

The fusion of blockchain and Games has given birth to Play-To-Earn games that give their players real-life rewards. In P2E games, a player’s assets hold value outside the game and can be sold or exchanged for other assets. Needless to say, these games are being preferred over traditional games by many players for obvious reasons.

Play-To-Earns have also managed to rescue the meme-coins by helping them provide utility in the form of gaming experiences and rewards to the investors. Various Meme coins entering the market now host Play-To-Earn games for their investors.

Axie Infinity which shot up to fame a couple of months ago, is one of the most successful Play-To-Earn games on Blockchain. The game managed to earn revenues worth $84 million in just 30 days.

TamaDoge offers a P2E game where the players are supposed to raise their pets and win rewards from events and matches. The pets are in the form of NFTs that can be sold too.

Tamadoge As An Alternative and Its Recent Success

Launched in the month of July this year, TamaDoge is following in the footsteps of Axie Infinity. This was made pretty clear from its presales, where it managed to raise $8.5 million by selling its first billion shares, all within the deadline.

These numbers are going to get better as the developers will list the coin on a couple of other exchanges, which will further increase its reach.

Unlike Dogira, investors are not charged any tax on transactions. The developers believe that they don’t need to charge taxes from the investors to keep their coin stable in the ever-changing crypto market as TAMA is backed by a sound project. The no-tax policy has reduced the barriers for potential investors to enter the Tamaverse.

TamaDoge has been verified for 100% anti-rug by Coinsniper, and its smart contracts have been audited by Solid Proof.

Dogira (listed as DOGIRA) acts as a launchpad for Play-To-Earn games. Like any other launchpad platform, its development is dependent on the number of games it is able to launch.

Though taping into the lucrative GameFi market, the coin has not been able to perform well after its meteoric crash. TamaDoge, a comparatively new project, has been able to win the trust of more investors and has outperformed the coin. With 0% tax on transactions, it is a more attractive investment option than most crypto projects (which generally charge tax to the tune of 10%). You can also read the full whitepaper and roadmap at buy.Tamadoge.io 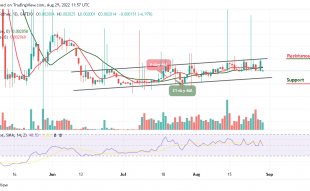