Homenewsvoyager token price prediction as vgx surges on this update

VGX, the utility token of the now defunct cryptocurrency trading platform Voyager Digital, spiked 23% on Monday on the news that Voyager had accepted a $1.022 billion bid for its assets and bankruptcy estate from Binance.US. VGX/USD was last changing hands just above $0.36, up from under $0.29 at the start of the session, though down about 12% from earlier session highs in at $0.4150.

Despite the latest spike in price, VGX has not been able to hold above any of its major moving averages. Moreover, the cryptocurrency still remains well within its trading ranges of the last month and a half. Over the long term, VGX/USD appears to be forming a pennant structure. Either a bullish or bearish breakout could be on the horizon. A bullish breakout would imply a move higher back to early September highs in the $1.20 area. A bearish breakout would imply a drop to annual lows in the $0.14 area.

VGX Spikes On This Announcement

Voyager Digital announced on Monday that Binance’s US subsidiary Binance.US would buy its remaining assets for $1.022 billion. The troubled crypto lending platform, which froze customer withdrawals months ago, said the purchase marked a fair market valuation of Voyager’s assets, which are currently worth $1.002 billion at current prices.

Voyager now seek approval for the deal in bankruptcy court at a hearing on the 5th of January 2023. According to sources familiar with the deal as first cited by Forbes, funds may not be transferred from Voyager to Binance.US until March.

Voyager, which went bankrupt earlier this year in wake of the abrupt collapse of the Terra Decentralized Finance (DeFi) ecosystem and hedge fund Three Arrows Capital (3AC) earlier this year, had previously agreed to sell of its assets to FTX. FTX’s abrupt implosion and bankruptcy at the start of last month killed that deal.

Binance said on Monday that the deal would pave the way for a swift release of funds for Voyager’s customers. Binance.US’s CEO Brian Shroder said this reflects the company’s belief that customers must come first. If the deal is approved by the bankruptcy court, Voyager customer’s assets will come available on the Binance exchange.

But Does VGX Have a Future?

Some cryptocurrency analysts have warned that the purchase does not amount to the Voyager Digital cryptocurrency trading platform being saved. Rather, the purchase just represents Binance.US buying Voyager’s account balances. According to one Twitter user, Voyager’s employees, its platform and the VGX token will all soon be gone.

Binance isn't buying Voyager. They are buying user accounts essentially. Voyager employees, VGX Token will be gone as will the platform. https://t.co/fry5yShM1a

If that’s the case, then investors might wonder why VGX has any value at all. Just as a stock’s price goes to zero when it goes bankrupt, perhaps VGX is also headed to zero.

Cryptocurrencies have been trading sideways for a few weeks now, leading some traders to start looking at alternatives with more potential in the short term. Listed below are some of the leading presales in the market, allowing investors to get in on the ground floor.

FightOut’s FGHT tokens are currently selling for 60.06 per 1 USDT, and interested investors are encouraged to move fast to secure their tokens, with the pre-sale having already raised over $2.15 million in just a few days. FGHT is the token that will power the FightOut crypto ecosystem.

Dash 2 Trade is currently conducting a token pre-sale at highly discounted rates and sales recently surpassed $10.18 million. The pre-sale dashboard is going to be released soon, with the development team currently running ahead of schedule. Tokens are currently selling for $0.0533 each and will be listed on multiple centralized exchanges in around one month.

Investors should consider Calvaria’s RIA token pre-sale. Calvaria has now raised $2.49 million, with a crypto whale scooping up $97.5K in one purchase earlier this month. The presale is in the final stage, with only 20% of tokens left. 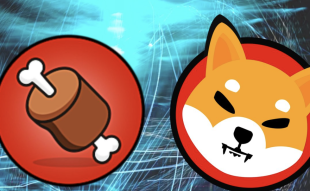 Bone ShibaSwap Price Rises 37% Over The Weekend, Where Next BONE?