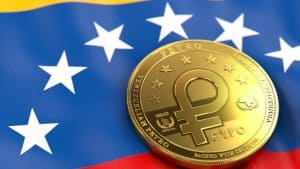 Venezuelans will now be subject to an up to 20% tax on cryptocurrency transactions after the approval of a new tax bill. The tax bill will target financial transactions made in digital currencies such as Bitcoin and foreign currencies.

Venezuelans government approves an up to 20% tax on BTC

On Thursday, the Venezuelan National Assembly held a second discussion on a new draft bill seeking to introduce taxes in the cryptocurrency industry. The bill targets “large financial transactions” made in cryptocurrencies and foreign currencies such as the US dollar.

A tax of up to 20% will be charged on local firms and individuals that operate in the sector. The draft bill was first filed on January 20. The tax collected during these transactions ranges between 2% and 20%. This tax will apply to all the transactions done in other forms of currency other than the Venezuelan bolivar and the country’s oil-backed cryptocurrency, El Petro.

This tax seeks to bolster the use of the Venezuelan bolivar. The country’s fiat has been having a tough time in recent years. In 2021 alone, the Venezuelan bolivar shed more than 70% in value. Over the past decade, the fiat currency has lost nearly all of its value following a rising level of inflation.

The bill emphasizes the need to protect the Venezuelan bolivar saying, “it is necessary to guarantee treatment at least equal to, or more favourable to payments and transactions made in the national currency or in cryptocurrencies or crypto assets issued by the Bolivarian Republic of Venezuela versus payments made in foreign currency.”

The level of crypto adoption in Venezuela has grown significantly over the past year. Individuals and businesses in the country have been shifting towards cryptocurrency transactions to protect their savings from hyperinflation. In October last year, one of the largest airports in Venezuela announced plans to start accepting crypto payments for ticks and other offerings.

Bitcoin and other cryptocurrencies have gained a strong use case as a hedge against inflation. The rising level of crypto adoption in the US has also been attributed to the high level of inflation that currency stands at a thirty-year high. 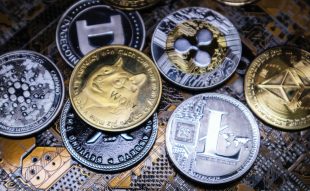 Next Cryptocurrency to Explode 2022 – Top 5 Coins

The crypto market is still reeling from the impact of a slow start to ...