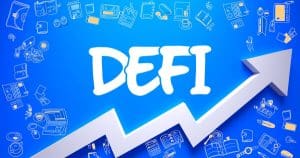 With this commitment from both funders, it will be the second time Robot Ventures will be creating funds for a project. Galaxy Digital will lead the $4 million funding, with participation from the co-founder of Coinbase Fred Ehrsam. Robert says the DeFi ecosystem is developing at an alarming rate, and it’s important to set up projects that move according to such momentum.

“I would call this the ‘moving fast as hell’ era,” Robert revealed about the DeFi fund.

Chitra has also commented on the partnership, saying they are there to operate as a bridge and convince those who cannot access the quality or relevance of a project. With the funding, they can help those who are not in the trenches to decide which project is more sensible for investments.

Lesher and Chitra will be hoping to make the project a successful one when they bring their complementary skills into the podium. When it comes to DeFi, Leshner is a major stakeholder, as he has carried out several economic analysis and structuring of token distributions for most of the projects within the DeFi Space. On the other hand, Leshner has been relatively successful in setting up a DeFi company and bringing it to a market-leading position.

With their complementary skills, many believe the can turn the project into a successful one in the long run. While Lesher is bringing the majority of the funding for the project, Chitra is leading the human capital aspect of the project with industry-leading experience from many similar projects in the past.

Chitra reiterated that today’s DeFi has a clear advantage compared to conventional high-end desks that would not even accept providing a derivative below millions of dollars. But DeFi springs up new derivatives regularly, which is changing the status quo.

Chira said the current change DeFi is bringing to the landscape can be compared to the 90’s era when traditional markets turned electronics, allowing people to start up their exchange even right in their home. Chitra further reiterated that DeFi is on the verge of converging to an accessible medium that will replace different traditional investment banking functions.

Scout funds represent seed investors, although they have a link with institutional investors who help larger companies find early opportunities for later rounds of the funding. The Robot venture funding was initially announced in April last year.

With the current growth of the DeFi ecosystem, other large organizations may not have any other choice but to join the party or miss out on the momentum.

Bryce Hall stands as a 21-year old social media star. He is famous for ...