Teller, a decentralized lending startup, has managed to raise $1 million through a seed funding round. This funding round was led by Framework Ventures and was done in order to help build the first algorithmic credit risk protocol in the Decentralized Finance (DeFi) space.

Solutions Need To Be Implemented

The solution itself is planned to interact with the legacy credit scoring systems, such as Equifax, in order to aggregate and then provide the data into the DeFi lending markets. It should be noted, however, that Maven11 Capital, as well as Parafi Capital, partook in this investment round, as well, eager to access this sort of technology.

Micheal Anderson stands as the co-founder of Framework Ventures and gave a public statement about this seed funding round. He explained that there stands a current need to create a seamless transition between the DeFi space and the traditional finance industry. Trustless lending is a very sudden, risky transition, Anderson explained, and the potential for interoperability of existing systems that use credit scores, a lending world mainstay. With this, Anderson is convinced that centralized credit scoring could be phased out in an iterative way.

The Teller Protocol is designed in order to reduce the risks of lending for crypto holders, with the ultimate goal of boosting mainstream integration for the consumers of the world. Through interactions with the existing financial databases of the world, the solution, based on the Ethereum (ETH) blockchain, will allow developers to leverage a credit risk algorithm or CRA. Through the CRA, developers will be capable of reducing the amount of collateral that’s needed to enact a loan, as the risks can be seen as far lower.

Ryun Berkun stands as the CEO and founder of Teller and gave a public statement about the matter. He explained that mainstream appeal is mandatory for the real success of the DeFi space, as space itself needs to stop building in its own vacuum. Berkun explained that unsecured loans are very tough to develop, but are mandatory for the next step in DeFi’s evolution. Berkun explained that risk could only be diluted through the current solution proposals, involving shared credit lines, but true user accountability is what truly needs to be done, in his opinion.

As it stands now, DeFi products rely on massive over-collateralization rations, going up to 300% in collateral. This is done in a bid just to mitigate the risks associated with throwing your money into some unknown void and hoping for the best,

As DeFi products rise in popularity, exponential growth came shortly after. As it stands now, $2.5 billion worth of assets is locked within it. 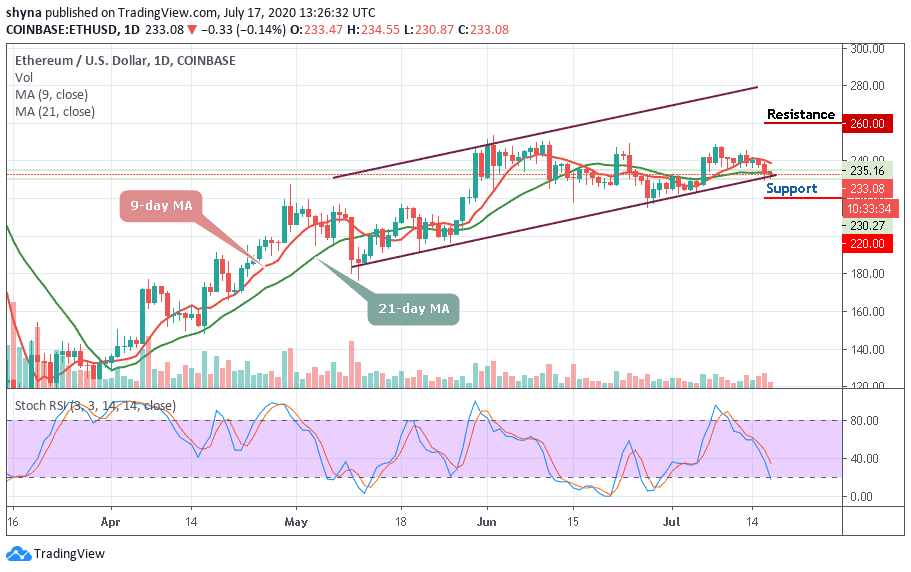 Ethereum Price Prediction: After a Sharp Move, Ethereum Remains on the Downside at $230