The Defi space has been in a chaotic state of affairs. With the frequency of the incidents, it may be proper to state that everyone in the space has heard about the number of issues surrounding various Defi projects recently. The sector has been suffering since the start of 2022, mostly owing to the bearish sentiment that has been looming over the cryptocurrency markets.

Since Bitcoin plunged in value from more than $67,000 to lows of $20,000 levels, the engagement and interest once shown within the Defi space started to reduce. This led to the meltdown of not one, but several major and minor leading projects. There have been various incidents revolving around hacks, the difference in opinions, liquidity issues and more that have affected these projects highly.

Once considered to be the future of finance, the Defi space is currently getting heat from government organizations, as well as their beloved community. The users have been slamming projects for disregarding the “decentralized” factor in these Defi projects. Infact, several organizations have failed to pay back funds that were lost due to various reasons.

The latest addition to this list is Tribe DAO, which seems to have set a new low for the Defi industry. Unlike several others, Tribe DAO has been trying to pay back the affected customers in the way they can. However, this is being faced by the project with mixed reactions.

What is Tribe DAO?

Founded by Joey Santoro and Brianna Montgomery, Tribe is Decentralized Autonomous Organization that hosts FEI, the platform’s decentralized liquid stablecoin. A key principle of the FEI Protocol is its fully decentralized design (FEI DAO) and minimal dependence on any centralized assets or Ethereum protocols.

There are no single institutions controlling a DAO; it is a decentralized autonomous organization. By using a DeFi-native protocol, FEI aims to promote sustainable FEI stablecoin creation. FEI follows the ERC-20 standard and is a stablecoin pegged to the platform. As a result of the platform’s liquidity goal, ETH/FEI trades closely with the price of ETH/USD.

The TRIBE token is the governing token of the FEI protocol and is tasked with maintaining the value of FEI stablecoin at $1. The FEI protocol aims to overcome three major obstacles faced by stablecoins due to them being Fiat, Crypto or Non-Collateralized. The project achieves this by combining the direct incentive model with the PCV or protocol-controlled value which is set as liquidity.

What is the fuss all about?

One of the biggest and most talked about Defi mergers last year was when Tribe DAO acquired Rari. However, things went sound when Rari was looted of assets roughly worth around $80 million. This hack in April saw seven of the platform’s fuse pools being drained completely. While the team urged the hacker to keep $10 million and return the rest, there has been no response from the hacker’s side.

Tribe DAO managed to come up with a solution for the same, by trying to set up a redemption plan. The idea was to compensate hack victims and TRIBE holders with a total of around $157 million before the company ended its service. It quickly mentioned its plans to the community, which was still in a confused state.

According to the TIP-121, the DAO system will decide if that is what the community would be willing to do with votes. While there is a part of the space who are happy about even receiving some of the lost funds, others have shown their disapproval on social media platforms recently.

They stated that the idea of Defi as a concept is getting blurry by the day and the whole idea of financial revolution through decentralization might just be a fairy tale. This is since the team took it upon themselves to find a solution rather than letting the contract run its course.

What now for Tribe DAO

While there isn’t much clarity on what the next move may be for Tribe, it will become more evident as the DAO makes a decision. If the redemption plan goes through, it is highly likely that the Tribe will be in for some serious financial damage and go out of business soon. Moreover, the trust that has been lost by its community may affect any plans for further growth at the moment. 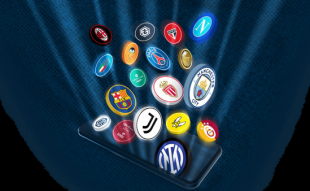