Despite the bearish crypto market, the TON price forecast remains bullish as TON has been performing very well, with the coin increasing by more than 3% in the last 24 hours. However, the coin was bolstered by positive news about the network’s partnership with Telegram.

On the negative side, the recent US Fed rate hike had a negative impact on many cryptocurrencies, which was seen as one of the key factors that kept the Toncoin price from rising further.

Meanwhile, strengthening the US dollar has had little impact on the price of Toncoin. It should be noted that the cryptocurrency market has been in the red since the day, causing many cryptocurrencies to suffer. Toncoin, on the other hand, was able to extend its previous bullish rally.

Toncoin is worth nearly $1.60, with a 24-hour trading volume of $13 million. Toncoin has gained more than 2% in the last 24 hours; however, it has gained over 11% in the previous seven days. 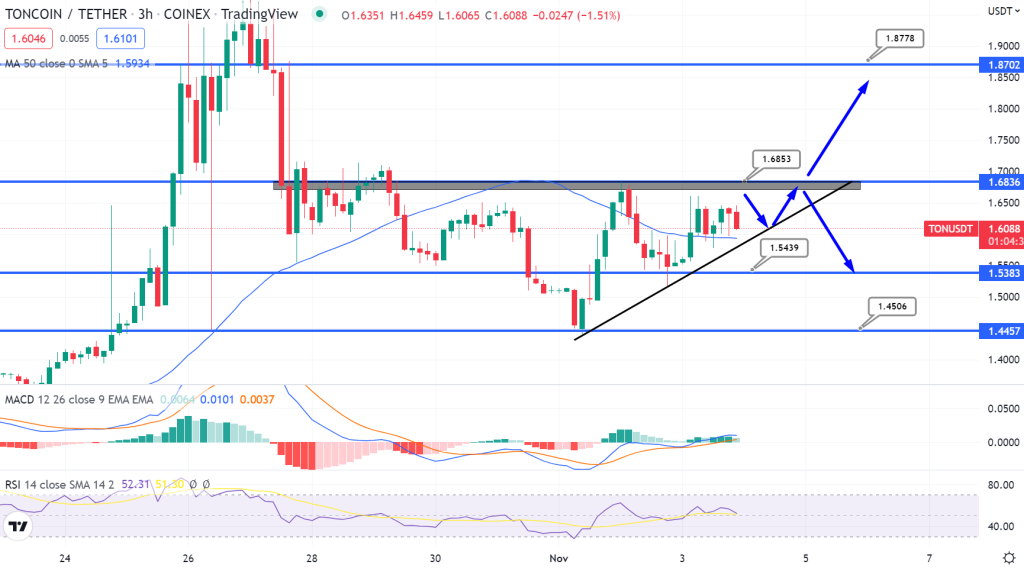 The RSI and MACD both show a slightly positive bias, so look for buying opportunities around $1.5400 today.

Toncoin prices have been performing extremely well in recent days, aided by the network’s partnership with Telegram. TON announced a collaboration with the messaging service Telegram in a tweet earlier this month. As a result, the platforms will create a market where users can bid on unique usernames.

Telegram usernames are represented on the $TON blockchain as collectibles and will be available on https://t.co/gcCTstolWv

The only currency accepted for auctions is #Toncoin

Pavel Durov, Telegram’s CEO and founder, suggested providing unique usernames a few weeks ago. As a result, Telegram will be able to buy and sell usernames on the TON blockchain-based market. As a result, the bullish news has boosted Toncoin prices significantly.

Toncoin’s gains were bolstered by reports that KuCoin, the world’s fifth-largest cryptocurrency exchange by trading volume, had announced the listing of TON as a tradable asset.

In the meantime, the Open Network (TON) is creating a bridge that will transfer value between the Ethereum network and the Binance Smart Chain across chains (BSC). The token bridge is in its final testing stages, according to a tweet from Toncoin.

The $TON Foundation has announced that the development of the crosschain transfer of tokens will soon be completed and that the bridge will officially launch soon.#Toncoin

Users may be able to transfer any ERC-20 or BEP-20 token from Ethereum to the TON network and vice versa. As a result, the Toncoin price has benefited greatly from this upcoming development.

As a result, the market capitalization of all cryptocurrencies may fall even further.

Dogecoin (DOGE), Elon Musk’s favorite memecoin, also reversed its upward trend in response to the Federal Reserve’s hawkish role on Thursday. Ethereum (ETH) and Bitcoin (BTC), on the other hand, kept their respective values of $1,500 and $20,000 intact.

As a result, the bearish crypto market and the Federal Reserve’s hawkish stance have had no significant impact on Toncoin prices.

The positive bias toward the US dollar, on the other hand, was a major factor in the decline of cryptocurrencies. The dollar maintained its positive bias and traded well throughout the day as the Fed raised its benchmark funds rate by 75 basis points (bps) to 3.75-4% on Wednesday.

Several cryptocurrencies fell as a result of the stronger US dollar, but Toncoin rose.

Dash 2 Trade (D2T) to be Listed on LBank Soon

Dash 2 Trade announced that LBANK Exchange will be the first CEX to offer its D2T token after raising over $4 million in its presale.  After commencing its public token sale in recent weeks, the company has reached that milestone. 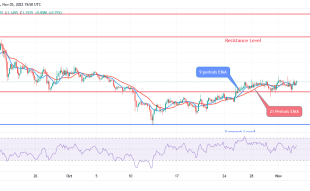 Join Our Telegram channel to stay up to date on breaking news coverage Bulls’ ...