Tether has given its official response to CoinDesk’s involvement in the ongoing case between the stablecoin issuer and the New York Attorney General. The news outlet joined the legal proceedings in January, requesting to be an official party of the case.

In the latest filing, Tether said that the case’s arguments lie upon the facts of the agreement between Tether and NYAG. It argued that CoinDesk could not “renegotiate” the terms of this agreement by joining the case now.

Tether argues that there is a conflict of interest in CoinDesk’s involvement in the case, as the news outlet shares the same investor with Circle, the USDC stablecoin issuer. However, CoinDesk has updated its legal case with disclosure of the investment made by Digital Currency Group (DCG).

“While CoinDesk tells this court that it ‘adheres to strict rules of journalistic ethics, its own reporting on this proceeding did not disclose to its readers this glaring conflict of interest, until Tether and others complained,” Tether argued.

According to Tether, the reserve documents harbour trade secrets that could give an advantage to its competitors such as Circle.

“No private business would disclose publicly the investment strategies critical to its profitability and ability to differentiate itself from the competition. Doing so would give the competition unfair insight that could be exploited,” the filing said.

Tether also states that only the NYAG has the legal capability to settle the case, as it had already engaged in a settlement agreement. It added that the only respondents in this case “are the ones named in the Petition (OAG and the individual Appeals Officer).” The filing added that “CoinDesk should not be able to insert itself after the fact to essentially renegotiate the agreed terms.

In June last year, CoinDesk filed a Freedom of Information Law request (FOIL) to access Tether’s reserve details. Through its parent company, iFinex, Tether had submitted the details to the NYAG in February, but the FOIL request allows the public to request access to government records.

CoinDesk failed to win this request at first, but it appealed the decision and won this appeal. Tether requested a New York court to order the NYAG not to release the information, saying it contained trade secrets that could damage its competitiveness. CoinDesk then petitioned to be part of the case by presenting its evidence and arguments. 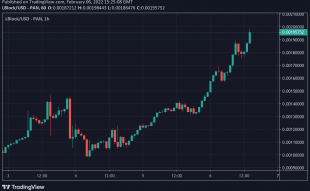