Tether is making some giant strides, and the Blockstream sidechain is the latest in the stablecoin‘s progression path.

Earlier today, Blockstream announced that it would be hosting the highly controversial stablecoin on its Liquid Bitcoin Network, thereby improving its feature offering for Bitcoin trading and other investors who own the platform; features which, for now, the original Tether network doesn’t have.

The Liquid Bitcoin Network was launched back in October 2018, and it was designed to support even more in terms of the transactional load than the original Bitcoin network. The platform also comes with a Blockstream Green Wallet; essentially, a cold crypto wallet that enables users to make offline asset storage; and Confidential Transactions, which help third parties make Liquid-based transactions.

With this development, Liquid Bitcoin will now be available for users to trade with Liquid Tether (L-USDT). In addition to that, Liquid Tether itself will be available on Bitfinex, cryptocurrency exchanges owned and operated by iFinex Inc., the parent company of Tether.

Speaking on the development, Blockstream Chief Security Officer Samson Mow praised the collaboration, adding that Liquid Tethers will be more secure and enable quicker transfers. He added that the inclusion of Tether means that users can now make atomic swaps between Liquid Tethers and Liquid BTC. This will reduce counterparty risk for over-the-counter traders.

With the improved transaction speeds, traders will be able to complete fiat transfers between exchanges, laying the groundwork for more effective arbitrage trades.

The development is coming in the midst of Tethers continued legal battle with the Office of New York‘s Attorney general (ONYAG). The stablecoin operator and its sister company Bitfinex have been at odds with the legal authority for the better part of a quarter now, with filings going back and forth over the nature of an $850 million loan financing transaction.

In the latest development, both parties seem to have reached an impasse on whether or not Bitfinex and Tether operated in New York or not.

While both companies have requested that the case be dismissed based on grounds that they don’t run any business in New York, the legal authority seems to believe that they have maintained ties in the city, and thus, it has cause to prosecute them under the provisions of the Martin Act.

However, Bitfinex admitted late last week that it discovered the presence of some U.S. citizens on its exchange platform, adding that they were able to circumvent its censoring infrastructure. While the ONYAG has yet to make a counter filing, it wouldn’t be too far-fetched to assume that it would ride on this to try to make a case for its investigation.

For now, we can all enjoy the new alliance between Blockstream and Tether and hope it lives up to the hype. 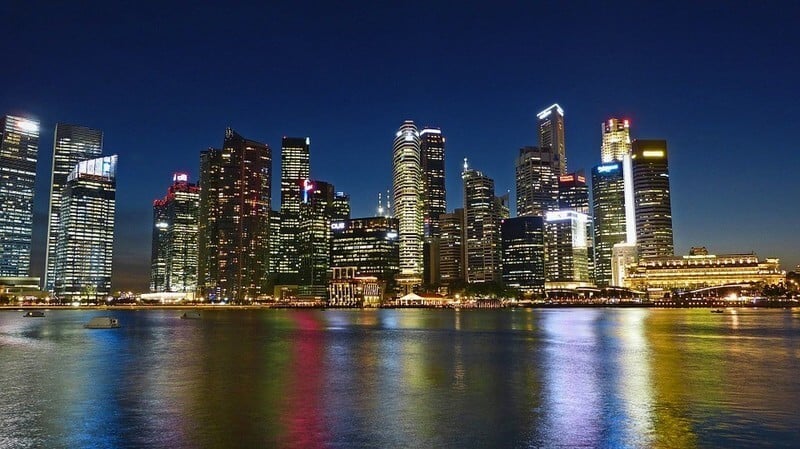 Can Singapore Become the Bitcoin Capital of the World?

Join Our Telegram channel to stay up to date on breaking news coverage Thanks ...