The Tether Gold stablecoin has seen a value of $1,902 on the 24th of July, 2020. This puts the price of gold within reach of the all-time-high the commodity had reached in September of 2011.

Gold has seen a price rise of 22.7% rise in value, going up to $1,902 from $1,550. This rise has been happening ever since Tether Gold (XAUT) was launched on the 23rd of January, 2020. XAUT stands as a stablecoin that allows for the ownership of a single troy ounce of gold, held within a Swiss vault controlled by Ripple itself.  As The Wall Street Journal stipulates, the commodity has set a new closing price record, standing at $1,897.50 on the 24th of July, 2020. Even so, it has yet to reach its record intraday high, having been recorded in 2011 at $1,921

This massive surge in gold’s value comes only three days after the US government announced a second stimulus bill. This comes as a direct result of the economic impact of COVID-19, and the subsequent attempts to mitigate the worst of the damage of it.

Paolo Ardoino stands as the Chief Technical Officer (CTO) of Tether, and gave a statement about the matter at large. In his views, people tend to enjoy accessibility to gold when there are times of uncertainty. As such, it’s Ardoino’s view that Tether Gold is a product that resonates with the people in these trying times.

Bitcoin itself has also blazed past the $10,000 mark today, coming after a particularly long stretch of very little volatility within the $9,000 and $9,500 range. Now, however, things are getting testy, as no one knows for sure when, or even if, the price of BTC will now drop once more.

Threats Of The “Big Drop” Looming

Peter Schiff, a well known gold bug, has gone public in saying that Bitcoin investors aren’t looking for stability. By contrast, he stated that investors don’t try to get rich on gold, and gold-backed stablecoins, by extent. The mentality behind it is that investors assume that there is less risk in losing money in gold than there is in cryptocurrencies, as crypto is known for its massive volatility.

Schiff once more pushed the idea that another “Big Drop” will happen in Bitcoin, seeing it as inevitable. In a tweet, he cited the previous three times that Bitcoin has risen above $10,000 mark. All three times led to a massive drop, however. The last fall was 15%, but the one before that was a staggering 63%. With Bitcoin trading above $10,000 once more, the question Schiff is asking, is how significant the next drop will be. 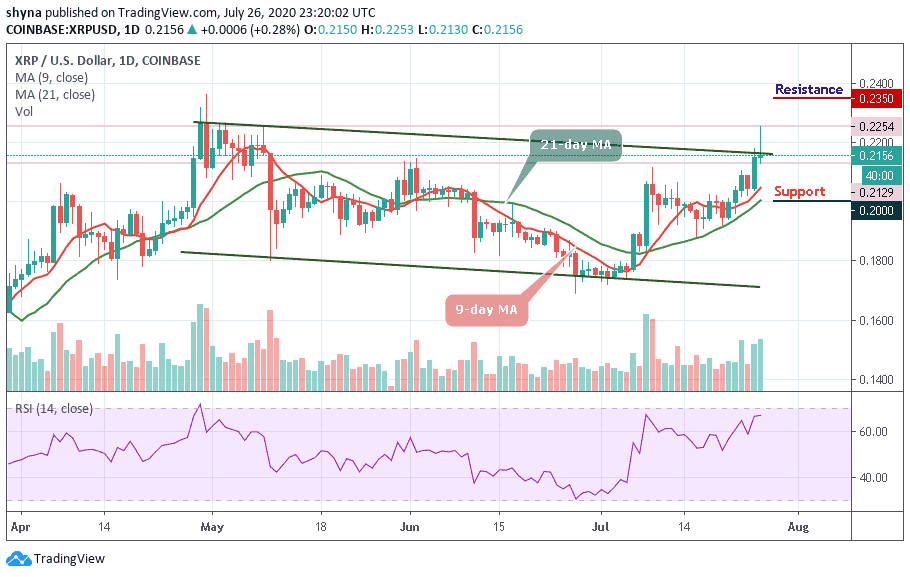 Ripple Price Prediction: XRP/USD Down After the Price Hits $0.225 Level