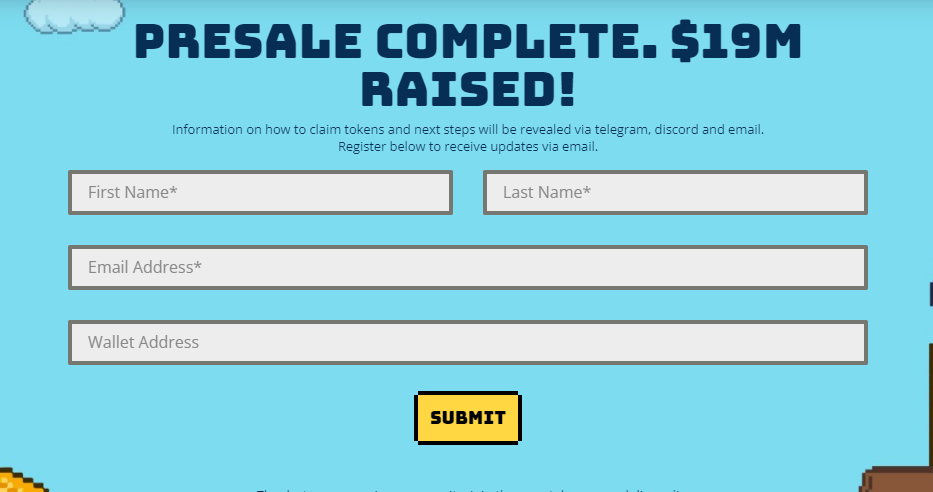 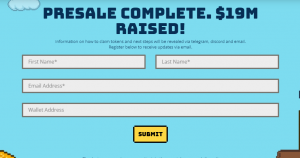 The tension in the market this month, partly due to the US CPI bearish data and the entire talk of crypto being on the downtrend had no significant effect on the Internet’s Favorite Meme coin – Tamadoge, which is sold out as of 18th of September.

Investors in the presale can register here for further updates on Tamadoge.

The Play-to-Earn coin had a hard cap of $19 million, which is now achieved, awaiting its launch on crypto exchange platforms such as Uniswap and LBank. Tamadoge’ presale was launched on 25th July, and it raised more than Ethereum ($16 million) had achieved in 2014 in just five weeks.

Tamadoge is a deflationary crypto meme coin with a utility, players can mint, breed and battle their own Tamadoge dog to attain as well as maintain a position on the leaderboard. It is operated on Ethereum Blockchain (ERC-20) in over 125 countries over the globe.

TAMA, a native token, has a total supply of $2 billion coins, of which half were available for Token Generational Events (TGE), while $400 million coins will not be produced. The objective behind this project is to bring meme coins with specific value, it also consciously avoided the mistakes of its competitors.

Moreover, it has been verified by Coin Sniper and Solid Proof, also has recently earned 50k followers on Twitter, which only glorifies its popularity. Many members of the team have been featured in interviews too.

Many core team members, belonging to large scale projects, have been made public with Carl Dawkins with an experience of seven years in Cryptocurrency, being the Head of Growth is the latest revelation.

The First and the Last Hour Push

Tamadoge raised a large sum of $1 million in the last one hour. This was from the ninth and the last phase of raising funds.

As of now, Bitcoin is down by 5% in the last 24 hours, dropping to an intraday low of $18,074 as traders might be willing to exit Bitcoin position before the FOMC meeting on Wednesday.

The claim details will be provided on the website on 20th of September at 12pm BST.

The CEX Listings were confirmed by the Tamadoge Website. The team also hinted at DeFi and Metaverse Partnerships in the near future.

It will open a Tamadoge Pet Store and Tamadoge Arcade Ecosystem early next year and even announced Tamadoge AR app late next year. The popularity of this coin has just escalated to heights as it got featured in the largest of global publications.

Over time Tamadoge will be expanded into augmented reality games such as the popular Pokemon Go. It has also promised physical Tamadoge rewards and token prizes.

Further updates will be provided on Telegram, Discord and via Email.

Meme coins have been in the spotlight for quite some time now, and it won’t apparently dull soon. Competitors such as Shiba Inu and Dogecoin saw ROI of around 10,000% to 7,00,000% for investors.

Tamadoge looks promising, with crypto-enthusiasts following the pre-sale very closely and the flourishing outcome of the presale. There’s much to serve on the platter, and time will tell the future trajectory of Tamadoge. 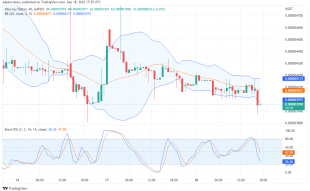 Bears Are Dominating KIBA’s Market, TAMA is now sold out!

Join Our Telegram channel to stay up to date on breaking news coverage KIBA/USDT ...