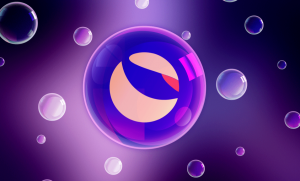 Terra LUNA and Terra USD (UST) crash caused massive losses for investors globally. The crash prompted reactions from regulators globally, and in South Korea, regulators are actively engaged in finding the best solution for the problem.

The ruling party of South Korea held an emergency meeting to discuss the crash and plan to take further action on the matter.

A meeting including the representatives of some of the country’s largest exchanges, including Bithumb, Coinone, Gopax, Korbit and Upbit, has also been arranged. The CEO of Dunamu, Lee Seok-woo, will also attend.

Speculations have it that the government is planning to hold cryptocurrency exchanges responsible for the losses made by investors who had invested in LUNA and UST. The exchanges could also be expected to cover the damages made after they delisted Terra assets.

The exchanges could also be found culpable for facilitating LUNA transactions despite the crash and failing to implement investor protection mechanisms. The head of the Virtual Assets Special Committee, Yoon Chang-Hyeon, noted that regulatory agencies would assess the investor protection systems taken by the platform.

The meeting could also come with an extra layer of regulatory clarity. It is expected that the involved ministries will outline their role in regulating the buzzing cryptocurrency sector after the meeting is complete.

Chang-Hyeon added that Upbit made nearly 80% of the entire commission share generated from LUNA and UST trades following the LUNA and UST. LUNA and UST have both crashed by over 99% from what they traded at the beginning of the month.

Despite the crash of Terra, people are still investing in LUNA following some proposals by the co-founder of Terraform Labs, Do Kwon. Kwon has proposed to fork the old Terra chain and create a new one with new LUNA coins.

According to a snapshot taken before the crash started, the proposal also plans to reimburse users with new LUNA tokens. However, not all LUNA holders have agreed with Kwon. Most have proposed a burn process for LUNA tokens. Burning tokens involves sending them to a dead wallet address to reduce the circulating supply.

Kwon has provided a burn address for these LUNA tokens. However, he has warned people against using it, saying that all they would achieve is losing their crypto. Luna is currently the 63rd largest cryptocurrency with a one billion market cap. One can now buy LUNA at $0.000159, significantly low from its all-time high of $119 in April this year.