South Korean regulators are investigating two of the country’s biggest banks for carrying out $3.1 billion worth of “abnormal” foreign exchange transactions. The banks – Shinhan Bank and Woori Bank – are being investigated for money laundering linked to crypto investments since February 2021.

The Financial Supervisory Service (FSS) got information about the unusual transactions in June before asking all Korean banks to carry out an internal review of their large currency transactions from January 2021 to June 2022. The investigation shows how global authorities are closely monitoring links between traditional financial firms and cryptocurrency-focused companies. The regulators have increased their monitoring activities in the digital asset space.

Any details of irregular transactions found after the review will be sent to prosecutors and South Korea’s tax office for additional investigation.

The FSS stated that serious measures will be taken against the banks that are found to be guilty of any violations or those that have not abided by forex rules.

In response to the situation, Woori Bank said it will corporate with investigators and provide whatever information they need. However, the officials of Shinhan bank could not be reached for comment.

The probe is coming barely a week after prosecutors raided 15 centers, including the seven largest crypto exchanges in the country, during their investigation of the $40 million market crash of the TerraUSD stablecoin.

Co-Founders Of Terraform Are Under Investigation

The crash, which also included the Luna token, has caused a lot of upheaval in the market, as investors lost almost all their invested funds in the token.

Prosecutors are still investigating the accusations against co-founders of Terraform Labs Daniel Shin and Do Kwon. The investigation is to reveal whether the co-founders knowingly deceived investors or had something to do with the collapse of the stablecoins. Shin has denied the allegation, claiming that he had no intention of deceiving investors and only looking to bring innovation to the digital payment and blockchain system.

The investigation was triggered following two complaints filed on behalf of 81 investors who accused the co-founders of breach of financial regulations.

Shin’s digital payment settlement company, Chai Corp, is also being investigated by prosecutors. The company used terra as a payment tool before the collapse of stablecoin. 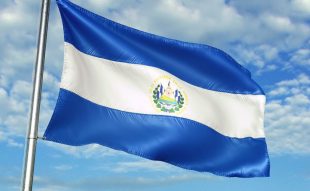 The President of El Salvador, Nayib Bukele, is planning to buy back $1.6 billion ...