With an ongoing crypto winter, hundreds of blockchain-based companies have been looking for ways to sustain their business and grow while facing several limitations. However, many of the said organizations are constantly working on their operations, infrastructure and other aspects by finding innovative new methods.

The reason for this is simple. The latest major crash has managed to wipe out many projects that had not been wise in making decisions during the bull run. In order to survive, a fool-proof layout has to be set. Companies that were hiring aggressively during the bull run also gained much traction as these companies had to lay off many of their employees in order to save funds and manage the risk of bankruptcy.

Thus, every organization in the space has now been made aware of the importance of utilizing funds and resources wisely. One such major corporation that has come up with an innovative solution to increase efficiency is Coinbase.

Coinbase is a brainchild of a former engineer at Airbnb, Brain Armstrong. Founded in 2012, the exchange has created one of the biggest userbases while empowering the cryptocurrency industry.

Funded by Y Combinator, it managed to position itself as the most popular cryptocurrency exchange name globally. With a mission to increase economic freedom in the world, the company aspires to help the blockchain industry reach new highs.

Coinbase has many feathers to its cap. It is the first ever blockchain tech company to be listed on NASDAQ. It is currently the third largest currency and has a reputation for being one of the safest platforms for investors to park their assets or trade. The company also saw an increase in its revenue by over 500% in 2021 itself.

The rapid growth of Coinbase had created a surged demand for employees, and the company actively recruited hundreds of engineers and workers from all over the world. But things took a turn when the bear market kicked in. The same company that was short-staffed constantly due to the immense interest in cryptocurrency a year back recently laid off over 1100 of its employees globally.

Why the Ban on Decks and Meetings?

The sudden decrease in cryptocurrency value surely affected the growth of Coinbase. But with strict policies and innovative strategies, the exchange claims to do everything in its power to ensure survival and growth. One of the mentioned innovative strategies was to ban slide decks and endless meetings.

Slide decks are simply presentations that have to be prepared, sometimes with efforts and care to make one creatively appealing. This, however, only serves the purpose of conveying information to the required team. Meetings also have the tendency to take up a fairly long period, while the same matter can usually be closed simply through direct contact.

The CEO stated that since the end users weren’t going to see and assess the slide decks but the product they deliver, it was important that they prioritized the same. The firm has also decided to move to a model that will utilize APIs under an internal API repository that can provide libraries and languages for logging, instrumentation and authentication.

The firm will instead be moving to a model where all product and engineering teams will publish APIs under an internal API catalogue that will provide “consistent libraries and languages for authentication, logging, instrumentation, etc.”

Coinbase expects to see a boost in efficiency due to the changes made in operations. The company plans to bring out such innovative ways to cope with the situations and arise meritorious in terms of sustenance and growth eventually. 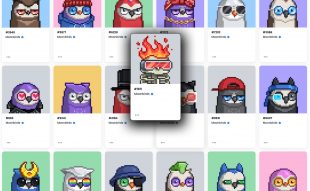