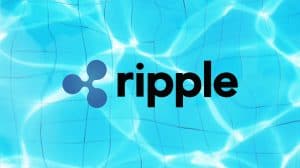 Ripple has strengthened its partnership with SBI holdings by investing in one of SBI’s subsidiary MoneyTap. The announcement was made yesterday in a press release.

The investment made by Ripple will help reposition MoneyTap to become a strong player in the industry, according to sources close to the deal. It will enable the firm to quickly develop new functions and services such as inbound and outbound remittances, corporate payments, as well as community currency. These new improvements will likely improve the firm’s competitiveness within the sector.

The partnership between both companies waxing strong

It’s been four years since SBI holding and Ripple partnered to launch their joint venture known as SBI Ripple Asia. Since then, both companies have bonded and shared resources to boost their competitiveness in the industry.

This time, Ripple thinks investing in MoneyTap, an SBI Holdings subsidiary, will benefit both companies. MoneyTap is a consumer-centric app that makes it possible for users to transfer money with the aid of a QR code or a phone number. It makes the transfer of money easier, faster, and more efficient.

The idea behind MoneyTap is to need the needs of the growing number of users looking for a faster and safer way of sending money.

Getting the node from Japanese banks

The MoneyTap app depends heavily on the blockchain technology used by Ripple. The app was rolled out by the Japan Bank Consortium two years ago to ensure instant payments.

When it was launched, the idea was to get all the 61 banks which are part of the consortium involved. However, it has not been smooth-sailing for the app since it was launched. In April last year, Resona Bank suddenly left the project without any forewarning or reasons, which was a major setback towards the end goal of the project.

But the project has found strength from other banks who have supported its expansion and growth. Recently, the second-largest banking institution in Japan, Sumitomo Mitsui Banking Corporation (SMBC) has also supported the project by investing in the blockchain platform

Now, with SBI’s partnership with Ripple getting even stronger, more funds have been injected into MoneyTap to speed up its growth.

Many industry observers believe Ripple’s investment in MoneyTap is a strong statement to show its interest to make Japan its new home. This thought has also been echoed by the company’s chief executive officer Brad Garlinghouse when he said Ripple may move its headquarters to Japan if the unclear regulation in the U.S. continues.

He made this comment only last week, and it seems the recent investment in Japan-based MoneyTap is a clear signal.

Japan has always been a favorable market for the San Francisco-based blockchain giant, as the company has one of the largest markets there. Ripple is also doing well in the U.K. and Singapore, but Garlinghouse feels Japan will provide the perfect environment for the company if the U.S. fails to provide regulatory clarity in the Industry.

ConsenSys Warns ETH 2.0 Could Be Threatened By High DeFi Yields

Join Our Telegram channel to stay up to date on breaking news coverage ConsenSys ...