Homenewssandbox price prediction is it going to fall further 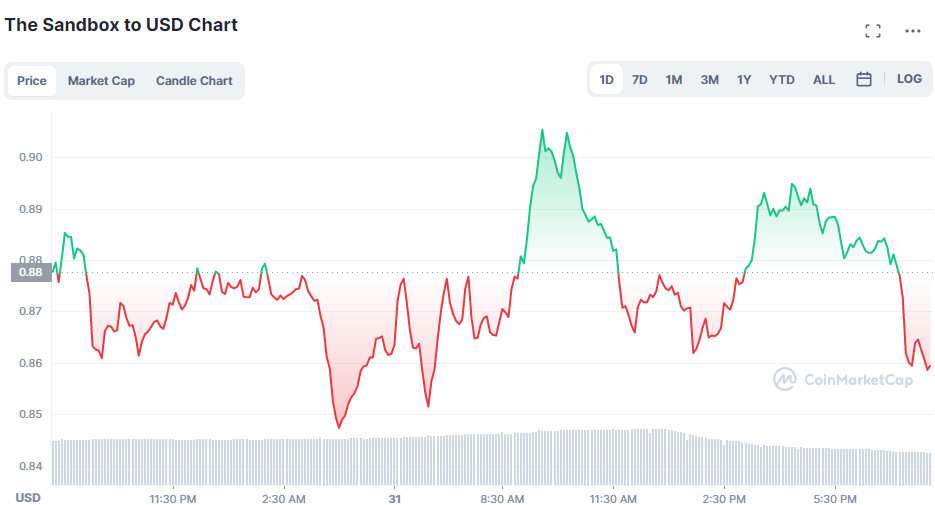 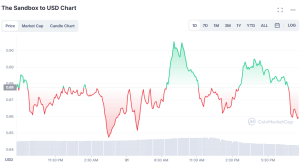 Since 2017, crypto investors have been all too accustomed to a situation that was highlighted by the price trend of The Sandbox on CoinMarketCap.

SAND is an extremely bullish asset that shows exponential gains in triple digits as a percentage, which will then be followed by a period of six months in which the downturn nearly completely wipes out these gains.

SAND has been heading in that direction. Its price activity over the previous five months saw a rise to $1.50, but prospects of a recovery were shattered by the arrival of selling pressure in August.

The Sandbox Is About to Enter a Bear Market Soon

Sandbox experienced some recovery from the mark of $0.73 after suffering significant losses in the months of May and June. As a result of the ensuing surge, prices reached $1.49.

This trade resulted in profits of 105% for SAND over the course of a month. During this time period, respectively the RSI and the OBV moved up toward more favorable territory. Despite this, SAND failed to trade higher than $1.5 per share. After it dropped below $1.2, the daily market structure became bearish for the first time in a while, and it stayed that way as of the time of this writing.

The relative strength index (RSI) was bearishly positioned below the neutral value of 50. The OBV decreased, which demonstrated that sellers had been in control in recent weeks.

A positive demand formed on the charts of CoinMarketCap as a result of the rebound that occurred in the middle of June, but the retest of this zone has not yet produced a significant response from The Sandbox. If SAND prices go below $0.73, they are most likely going to head for the 23.6% extension level located at $0.55.

Some Investors Are Still Confident About Sandbox

Since March, there has been a formation of a sequence of lower highs in the development activity. Even though there has been a gradual decrease in activity, the low points that it has reached since last year have been very consistent. As a result, there was an indication that perhaps the program persisted to experience development, and the trust of investors does not need to suffer a significant damage as a result.

Nevertheless, during the course of the last year, the network expansion indicator did not instill a great deal of trust. Since December, there have been dramatic and rapid surges in the number of new addresses, although average growth has been quite slow.

Over the course of the last week, there was some increase seen in the network. It is currently unknown whether or not the network will be able to maintain and build upon these achievements.

Have You Heard About This Gaming Coin Which Is Making Waves?

After drawing in a flurry of investors over the course of the past week, the new cryptocurrency game project Calvaria has already raised close to one million dollars in its presale.

Keeping in mind its one-of-a-kind approach to addressing two of the most pressing challenges facing blockchain gaming, the project, which is presently in the third stage of its presale (there are 10 stages in all), is generating a great deal of excitement in the cryptocurrency community.

Despite the apparent fact that GameFi has an enormous amount of untapped potential, the platform has not been able to successfully attract regular players.

According to DappRadar, even though certain applications, such as Decentraland and The Sandbox, have market valuations that are greater than one billion dollars apiece, their total player bases in October were just 20,000.

The card combat strategy game known as Duels of Eternity pits players against real people in an attempt to earn prizes that are paid out in the form of crypto tokens.

The action takes place in the afterlife, and it consists of three warring groups competing against one another for control.

Each side possesses characteristics and advantages that are distinct from those of the others, and players will need to make use of their expertise, timing, and power-ups in order to triumph over their adversaries.

In contrast to previous combat card games, Duels of Eternity additionally includes a single-player campaign option. In this phase, players compete against the computer to acquire cards and power-ups that may later be utilized in multiplayer matches.

Players have the option of improving their decks by adding cards from their personal collections, as well as by purchasing more cards from other players on the secondary market.

During the last week, there has been a significant increase in the amount of money invested in Calvaria’s presale, which is presently in the third part of its presale (the presale has 10 stages in all).

For $0.02 per token, you may get your hands on the native RIA token that can be traded on exchanges and used for governance decisions inside the ecosystem.

If you make an investment in this currency at this once-in-a-lifetime price before the presale begins making waves in 2022, it has the potential to return 10 times your initial investment. 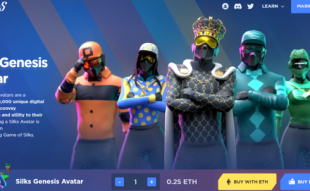 Join Our Telegram channel to stay up to date on breaking news coverage Game ...