Rostec, the leading technology company in Russia, is currently engaged in a project to see digital assets used to promote international trade. Rostec, which doubles as a state-owned company, has said that the market has shown interest in digital asset payments to reduce the pressure of sanctions on exporters and importers based in Russia.

Rostec is the largest industry and technological company in Russia. It is currently engaged in finding ways to create a conducive environment for international trade in Russia following the sanctions imposed against the country following the invasion of Ukraine.

Rostec will be launching a project that will be dedicated to integrating cryptocurrencies within cross-border transactions. The project’s main objective is to limit the adverse effects caused by Western sanctions on the import and export activities in Russia. These activities have been under pressure because of the sanctions.

The Russian economy has been under pressure after the West imposed multiple sanctions after the country invaded Ukraine. Since these sanctions were imposed, there were proposals to legalize the use of virtual assets such as stablecoins and other cryptocurrencies. Government officials are also showing support for the launch of a digital ruble.

The Managing Director for National Projects at Rostec, Anna Sharipova, commented on this initiative saying that the corporation was exploring the possibility of testing the use of crypto assets for payments. The trials for this initiative will be held under the legal framework for electronic trading on Russky Island.

Sharipova has also said that the market was increasingly interested in launching cryptocurrencies that will support international trade. Consumers and suppliers were actively looking for modern and seamless settlement systems amid multiple restrictions coming from the sanctions. Experts at the tech company are currently looking at a launch strategy for the project alongside market participants and local authorities.

The development comes after the Deputy Finance Minister of Russia, Alexey Moiseev, announced that his ministry and the Central Bank of Russia had researched cryptocurrencies and found out that the Russian government needed to legalize the use of digital assets for international payments.

Anatoly Aksakov, the head of the Financial Market Committee at State Duma, also supports releasing a relevant legal framework. The Bank of Russia later issued an announcement saying it intended to promote the use of the digital ruble.

Towards the end of last month, the Russian Prime Minister, Mikhail Mishustin, supported digital assets saying they were a “safe alternative” to guarantee international payments were not interrupted.

In July, Yuri Chikhanchin, the head of the Russian financial market regulatory body Rosfinmonitoring, said that crypto payments could be used to facilitate foreign trade. In June, Rostec also said it was working on a blockchain-based alternative for the global payment messaging system known as SWIFT.

Russia was removed from the SWIFT messaging system as part of the sanctions imposed against the country. The SWIFT system facilitates the processing of global settlements and the storage of digital currencies. 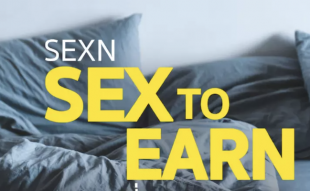