Since reaching its all-time highs in November 2021, Bitcoin’s value has decreased by more than half, significantly impacting the whole cryptocurrency industry. While investors were beginning to recoup from Bitcoin’s decline, Terra and TerraUSD severely hurt the rest of the market by plunging much more. An early self-off season resulted from a wave of panic and turmoil caused by the collapse of the Terra biosphere. Investors withdrew their money and sold their assets as a result of this negative mood spreading throughout the cryptocurrency market. Market analysts claim that since mid-November 2021, the value of Bitcoin and Ethereum, the two most valuable assets on the market, has dropped by more than 40%. Bitcoin’s price has moved recently more than any investor could have ever anticipated.

Investors feel glad that the cryptocurrency has finally steadied as it hovers around the US$21,000 mark, but experts believe that Bitcoin will experience further oscillations. According to recent figures, the overall market value of cryptocurrencies has decreased over the past few months by almost 60%. But even in this circumstance, cryptocurrency in the world of sex could have a promising and bright future.

Through a number of biometric monitors, applications, and NFTs, a cryptocurrency business called SEXN—likely a play on the well-known move-to-earn running software STEPN—is trying to persuade consumers that sex-to-earn is not only functionally feasible but also profitable.

According to the company’s Twitter account, SEXN delivers “two of the essential things that people enjoy most: sex and money.” Users will initially purchase tiered NFTs that enable them to earn tokens, much as play-to-earn pioneer Axie Infinity. The idea behind it is that when it’s time to have sex with oneself or another, users will stop what they’re doing and start a sex-timer on their phones in order to earn the company’s tokens.

Web3 is said to represent a new internet paradigm free from the constraints that afflicted the centralized Web2; nonetheless, for sex workers, the same old censoring patterns continue even in this brave new world. According to sex worker Allie Eve Knox, who began selling NFTs of her work in 2020, “it’s still the same, they still have to follow the same laws, they’re still bound by FOSTA/SESTA, which means… they censor us, they don’t allow us to be on their platform, they don’t play nice with us.” “Web3 or any other technology won’t be able to take that away,”

Users must first purchase NFTs, which vary in rarity and can be used to earn tokens issued by the project itself, after logging into their SEXN account and downloading the SEXN app with their crypto wallet connected. These tokens, known as “Sex Organ Tokens” (yes, really) or $SOT, went online on June 1. They may be obtained by finishing in-app activities that involve using a phone to record sexual activity. Before its introduction, $SOT raised little over $100,000.

The Crucial Parameters to Take into Account in this Bear Market

A bearish cryptocurrency market is something that no investor wants to encounter because it lowers portfolio value and has a high propensity to result in losses for investors. But one of the best things about a bearish crypto market is that it gives investors time to reevaluate their holdings and do additional research on alternative lucrative ventures that might succeed when the prices rise once again.

The Fear and Greed Index, a data-driven sentiment indicator, shows the crypto market’s negative attitude very clearly. Since May 8, when the cryptocurrency market hit its lowest points and lost US$1.7 trillion, the indicator has held a position below 20 on a constant basis.

Significant alternative currencies like Solana dropped more than analysts could have ever predicted. For the past seven months, SOL has experienced ongoing network problems.

In addition to these problems, the Tether situation has been difficult for the cryptocurrency sector and its investors. Because LUNA consumers are still uncertain and pessimistic about the protocol’s future, the re-launch of LUNA 2.0 has not been helpful. To prevent more financial mishaps, the majority of long-term cryptocurrency buyers have either abandoned the market altogether or have switched to other controlled, traditional assets.

For the cryptocurrency market to recover, a number of price measures must change. According to experts, the research they presented contained evidence of other drawbacks. This is mostly due to the slightly more unfavorable conditions of altcoins as well as the Asian retail markets’ obvious lack of interest in investing in cryptocurrencies. It is obvious that crypto bulls need to demonstrate significantly more competence to draw additional investors to the sector. There is also crypto in sex. As individuals strive to acquire both $SST and $SOT tokens, it appears that SEXN’s ultimate goal is to evolve into a larger ecosystem of e-commerce networks and “private social sector development.” Of course, both are vulnerable to the whims of the erratic cryptocurrency market. 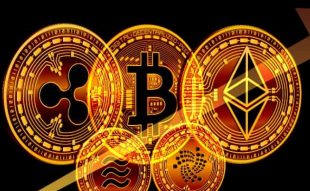