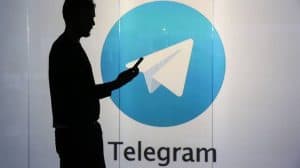 Telegram might be facing a bit of a hard time, but the company appears to be making some headway in its home country. Earlier today, Russia’s Federal Service for Supervision of Communications, Information Technology, and Mass Media, announced that it had finally lifted the two-year ban that was placed on the mobile messaging platform.

In an official statement, the Ministry confirmed that it had removed all requirements restricting access to the service in Russia after a meeting with the country’s Prosecutor-General.  The Ministry added that it was commending Telegram chief executive Pavel Durov for his willingness to confront extremism and terrorism in the world. The announcement is also coming on the heels of a statement from Durov, where he claimed that the company had combated terrorism and extremism on its platform, while also ensuring the privacy of users.

In a post on Telegram from earlier this month, Durov explained that the company had taken down thousands of comments that encourage violence on its platform. He explained.

As stated earlier, the Russian government announced that it would ban Telegram two years ago. While the company was based there initially, the government banned it – in a move that many believed was aimed at curtailing the growth of the crypto space.

Telegram grew to become one of the top social messaging and forum platforms for the crypto space in its early years. It also conducted a $1.7 billion Initial Coin Offering (ICO) for its crypto and blockchain endeavors. With the Russian government initially adopting an anti-crypto stance, the company got in the crosshairs and faced a ban. The move led to Telegram moving its headquarters to London. From there, it began its foray into the crypto space.

Telegram Gives Up on Crypto

However, the government has also been working towards a reinstatement for a while now. Back in April, reports confirmed that two members of the State Duma – Russia’s lower house of parliament – sponsored a draft bill that would terminate the Telegram ban.

While Telegram can go back home again, it’s unclear whether it would be moving its headquarters from London. The move is also coming on the heels of the company’s failure over its crypto project.

After a lengthy battle with the United States Securities and Exchange Commission (SEC), the company gave up on its GRAM token and Telegram Open Network (TON) blockchain. In documents dated May 22, the firm withdrew its appeal against a federal court’s injunction that froze the issuance and distribution of its GRAM token.

Durov himself role investors early last month that the company’s active involvement with the project was over. In a message, he criticized the U.S. regulator for overextending its power and killing the billion-dollar project. 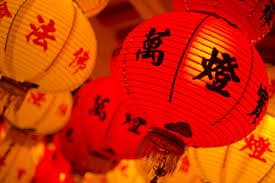