Homenewsrussia plans to adopt the digital ruble for international settlements

Russia’s economy has been greatly affected by the economic sanctions imposed against the country by Western countries. Amid these sanctions, Russia wants to commence a pilot phase for the digital ruble alongside plans to use it for global payments.

The Bank of Russia has said that its central bank digital currency (CBDC) will be unveiled in 2023. A report by Reuters said that the governor of the central bank, Elvira Nabiullina, was confident that real-world transactions made with the digital ruble would be possible by next year.

Speaking to the Lower House of Parliament, Nabiullina said that “the digital ruble is among the priority projects. We have fairly quickly created a prototype… now we are holding tests with banks, and next year, we will gradually have pilot transactions.”

Russia has been working on the digital ruble for over one year now. The Bank of Russia unveiled a prototype of the digital ruble in December last year, where 12 commercial banks showed interest in being part of the pilot phase. Two of the 12 banks managed to conduct digital ruble transfers using mobile banking applications in February this year.

Nabiullina added that Russia planned to increase the number of countries accepting the NIR banking cards. Russia adopted MIR cards after Visa and Mastercard announced they were suspending their services in Russia.

Russia is currently the most sanctioned country globally, and the EU is relentless in imposing even more sanctions. During the onset of the invasion of Ukraine, cryptocurrency exchanges were requested to halt services to Russian users, but some of the top exchanges refused to impose a unilateral ban.

There have also been concerns about Russia using cryptocurrencies to avoid Western sanctions. Exchanges have since been warned from aiding sanctioned Russian individuals and institutions in avoiding the sanctions.

Binance, the largest cryptocurrency exchange globally, announced it would halt services in Russia to comply with the new sanctions by the European Union. The exchange giant issued a statement saying its services will only be available to “Russian nationals or natural persons residing in Russia, or legal entities established in Russia, that have crypto assets exceeding the value of 10,000 EUR.” 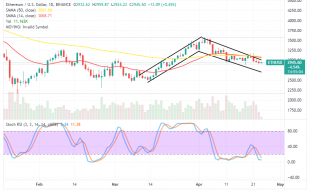