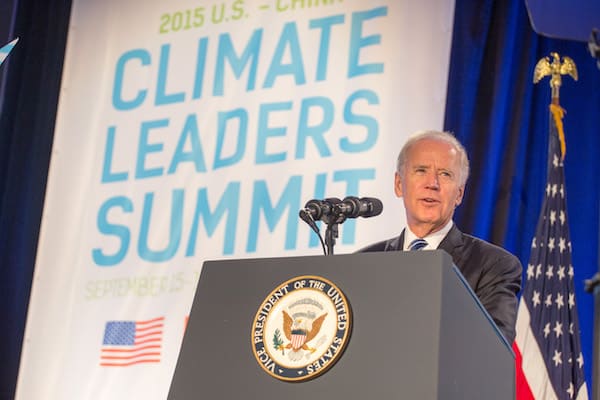 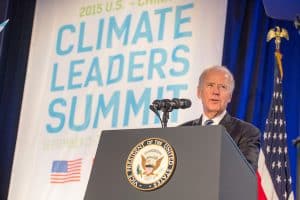 With Joe Biden set to become the 46th President of the United States, companies and industries are looking forward to aligning themselves with the incoming adminisRipple Boss Sounds Warning to Bitcoin Holders Amid New Climate Change Policiestration. Brad Garlinghouse, the CEO at blockchain firm Ripple Labs, is putting crypto firms on notice as the new administration is poised to implement stricter climate change policies.

Earlier this week, Garlinghouse responded to a tweet from the New York Times outlining some of the  Biden administration’s prospective climate change policy amendments. While the news source highlighted pertinent issues like the Paris Agreement and executive orders to cut carbon admissions, Garlinghouse took things from a crypto perspective.

#6 – Biden to require public companies to disclose climate change-related activities and GHG emissions in their operations.

Ripple has taken several opportunities to laud its operations – as well as that of its native token, XRP – over Bitcoin. One of those has been its comparatively gentler environmental impact. In July, the firm published a sustainability report, highlighting XRP’s superiority over Bitcoin’s proof-of-work (PoW) infrastructure.

The company claimed that for every 1 million transactions, XRP could power 79,000 lightbulb hours. For Bitcoin, that number rises to 4.51 billion. Thus, it argues that XRP is 57,000 times more energy-efficient than Bitcoin.

“Energy consumption is a critical side effect of blockchain, and as we see greater adoption and usage of this new technology across the global financial system, it’s one topic that needs to be addressed to help ensure a sustainable future for our planet and the global economy,” the company highlighted.

Bitcoin’s relative energy inefficiency has been one of the asset’s drawbacks over the years. With the crypto seeing gains once more, miners are working overtime to confirm transactions and create new BTC. The downside is an increase in energy expenditure. It’s worth noting that some players have kick-started the green mining revolution. Several parts of China, the world’s mining capital, rely significantly on renewable energy to power mining firms’ operations.

Earlier this month, En+ Group, the world’s top producer of low-carbon aluminum and hydropower, announced a joint venture looking to create facilities that support low-carbon-footprint crypto mining. In an official statement, the company explained that it had partnered with BitRiver – Russia’s largest data center provider for Bitcoin mining colocation services – on the initiative.

As part of the operation, the firms plan to install a new facility close to BitRiver’s data center in Bratsk. En+ Group has committed 10MW of electricity to the facility, with the partners looking at potentially scaling it up to 40MW as quickly as possible.

“Our energy assets in the [Irkutsk] region produce low-carbon, inexpensive electricity from renewable sources, and we are able to offer surplus energy to these partnerships,” the press release said, adding that the region’s low annual temperatures would reduce energy requirements and make the data centers more energy-efficient.