India has been hostile towards cryptocurrencies, given the hefty taxes that the country has imposed on the sector. However, it has shown more openness towards blockchain technology, with the Reserve Bank of India now looking into how it can deploy the technology to facilitate cross-border payments.

Open Financial Technologies, a neo-banking company based in India, is planning to use blockchain technology to facilitate cross-border payments. The company has received approval from the Reserve Bank of India to provide a monitoring solution for cross-border transactions.

A report published by Quartz, a financial news publication, said that Open Financial Technologies would initially unveil a solution known as the BankingStack within the US-India corridor.

Financial institutions operating in this corridor will use the enterprise banking product to unveil a digital banking solution within weeks. The product will be open-source, allowing the involved parties to access the proper records within every stage of the transaction.

The co-founder and CEO of the technology company, Anish Achuthan, said that the solution would provide immutability for cross-border payments. He also added that the company wanted to work with banking institutions that offered several products facilitating cross-border payments and trade finance benefits millions of SMEs in India.

Open Financial Technologies is among the four companies approved by the RBI to deploy cross-border payment products based on blockchain technology. These companies are part of the Regulatory Sandbox program launched earlier this month. The other involved companies include Nearby Technologies, Fairex Solutions Private Limited, and Cashfree Payments India Private Limited.

The initiative commenced in September last year. The recent approval of Open Financial Technologies comes amid a depreciating value of the US dollar, with such platforms believed to remove the strain on importers and exporters.

The RBI’s Innovation Hub is spearheading the project, and banks can have blockchain-backed tamper-proof Letter of Credit (LC) records. The Innovation hub has already organized a workshop with the involved banks, and it has support from US-based firms. 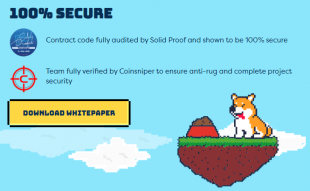 The cryptocurrency market has historically had major corrections before finding higher price ranges. This ...