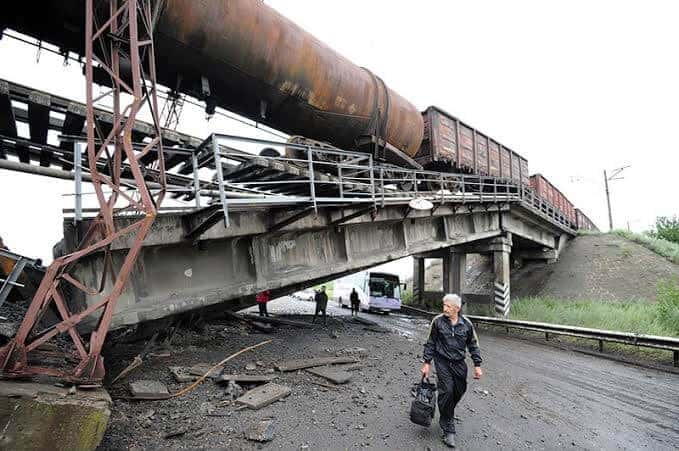 Ukrzaliznytsia, the railway company owned by the government of Ukraine, announced in a press release published earlier this week that it had successfully shut down an illegal Bitcoin mining operation in the city of Ternopil.

Per the press release to that effect, the railway company explained that the operation was set up in an empty building owned by the firm in the region. An accompanying Facebook post from company chief executive Oleg Nazaruk claimed that they had begun investigating the origins of the operation, as company employees are now being questioned.

Nazaruk’s post gave more details on the results of the discovery, as he claimed that about 100 computers were discovered in the building. The computers were connected to the company’s power, thus enjoying access to free electricity. But, this endeavor cost the company about $40,000 in electricity fees as a result of their nonchalant operation.

Cheap power is too good to pass up

While cryptocurrency sales and circulation in Ukraine remain banned, the country has continued to be a thriving ground for crypto miners to operate. Just like a lot of Eastern European countries, electricity in Ukraine is relatively low, with an estimated energy cost of $0.05 per kWh for households and $0.10 per kWh for businesses. For state-owned companies such as Ukraliznytsia, it is expected that these rates could be further subsidized.

Because Bitcoin mining perpetually hunts for the cheapest electricity, inevitably some illegal leeching will occur. This may make businesses more aware of their energy usage/leakage and therefore make global energy consumption more efficient.

With all of this, miners looking to make a quick buck have been known to risk trespassing on government property and stealing resources to power their operations.

Back in August, Ukrainian English language news medium UNIAN reported that the Security Service of Ukraine (SBU) had busted a major crypto mining outfit in the country. Per the report, the mining operation was located in a nuclear power plant facility in Yuzhnoukrainsk, a city which is about 350 km south of Kyiv.

As the report notes, the operation had compromised the security of the plant by connecting to the internet, and the operators ended up unwittingly giving out confidential information about the plant’s physical protection system. The plant is registered as a state secret, so computer equipment are prohibited. Given the severity of their crimes in the consequences that their actions brought, the operators of the mining facility could be looking at a long stint behind bars.

In search of the facility, investigators discovered unauthorized computer equipment (including six Radeon RX 470 GPU video cards and a motherboard) and a cooling unit, as well as a fiber optic cable.

Why not just let mining be?

While the rationale for banning cryptocurrencies remains unknown, this affinity for mining could set up an opportunity for the government to simply legalize the activity.

Could Iran become a global hub for Bitcoin mining?

Iran, a country which used to be anti-crypto, allowed mining to thrive, after declaring it an industrial activity back in July. This move has spurred an influx of foreign investment, attracting miners from China who are looking to profit from the cheap power.

Still, cryptocurrencies are technically not allowed. Countries like Ukraine could take a cue from this, allow miners to operate, provide them with energy subsidies (since you already have cheap power), and tax accordingly. Everyone wins!