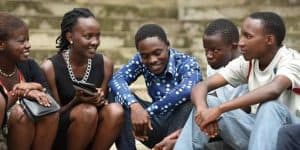 Paxful, one of the most popular peer-to-peer cryptocurrency exchanges on the market, rolled out a new marketing scheme, which would use locals to grow the popularity of the firm.

Announced on November 15, the initiative, which was appropriately called the Paxful Peer Program, will see customers get paid for evangelizing the exchange to those around them. The objective? To get Paxful into countries and markets where other crypto exchanges have either generally ignored or found it challenging to succeed.

In an interview with news medium Decrypt, Tugba Abadan, the company’s Head of Community, clarified that while they are targeting people from all over the world, they have a particular focus on markets in South Africa, India, Ghana, and Kenya.

New technologies have a progressive history. So does bitcoin and crypto in Africa.

A few years ago, Africans didn't know much about bitcoin or how to buy it. So founders built the bitcoin merchant websites and apps that we have today.

Now that we have $1 billion of crypto…

The exchange is soliciting for applications from interested participants to join its new crusade. Successful candidates will be categorized into three groups. The first category is the Paxful Peers, marketers who will promote the company via social media platforms, helping to communicate with community members on forums and other groups.

On the second rung on the ladder are the Ambassadors, content creators, and project managers who will be tasked with organizing meetups and other events sponsored by the company and geared towards reaching even more people. Then, we have the Associates, trained professionals who will be in charge of other Peers, help with expanding the scope of the program in the future, and defend the network against hackers and other threats.

Paxful is growing pretty impressively, and the rationale to target Africans is especially understandable. On October 25, the company published a press release where it announced that it had crossed the 3 million customer threshold, with about 800,000 of those coming this year alone.

However, while growth isn’t surprising (given how well cryptocurrencies have rebounded this year, the most interesting tidbits came from the details of the expansion. Artur Schaback, the company’s co-founder and chief executive, explained that Arbitrage was the biggest driver of their growth this year. As he explained, assets bought from markets in the West are sold off at places where access is expensive.

The company added that the arbitrage effect had led to about 15 million trades coming from Ghana, Nigeria, and the United States alone this year, a 65 percent increase from their levels in 2018. Trading in Kenya and India were also said to have reached almost $100 million at the time.

Earlier this year, Paxful claimed that up to 45 percent of its business came from Africa, adding that their user base on the continent had doubled from 2018. A recent blog post also saw Paxful reveal that trades in South Africa had increased by 2,800 percent over the past year, adding that the number of trades recorded in Africa rose by 64 percent over last year. Given how much growth the company has seen from Africa, it’s no wonder they’re doubling down and looking to expand their presence across the continent.

Azeez Mustapha•6 hours ago
Last Updated:•6 hours ago
NFT Project to Help Women in Afghanistan Get Access to Education

Ali Raza •10 hours ago Last Updated: 10 hours ago
View All News
Note that the content on this site should not be considered investment advice. Investing is speculative. When investing your capital is at risk. This site is not intended for use in jurisdictions in which the trading or investments described are prohibited and should only be used by such persons and in such ways as are legally permitted.