Homenewspudgy penguins may overtake bayc by trade volumes see why 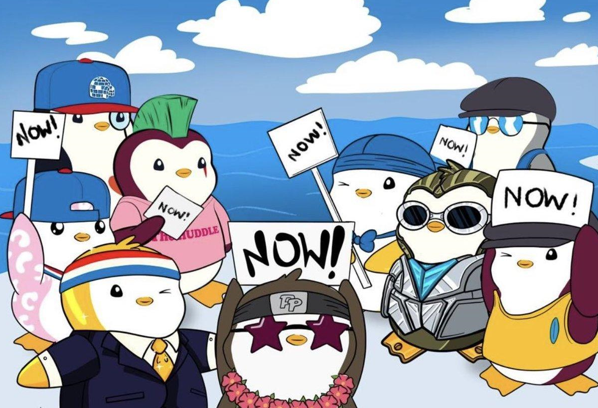 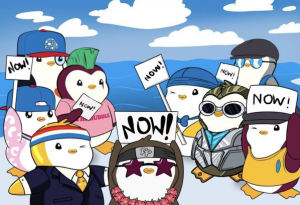 Everyone has been critical of the NFT industry at one point and bout its future potential as a whole new industry. However, it is very evident that the sector is growing at a very quick rate. It is steadily under work to position itself as a recognized blockchain category with actual fundamental value going forward.

The 2021 cryptocurrency boom set the stage for the growth of NFTs and it has been since evident that the interest around these assets has shot up. This resulted in a huge chunk of the investing citizenry getting into the NFT space. But since the market conditions are currently not in a bullish mode, these projects, small or large have seen a steady decline in activities.

Nevertheless, the industry is being embraced by several organizations that previously were against the idea of these digital assets. This has become possible due to the birth of numerous projects that focus on real utility and fundamental value.

The top projects are integrated with real-world sectors like gaming, commerce etc, which have been further updated now, thanks to the introduction of Metaverse. These activities or features that tie NFTs to real-world usability have helped them gain such a level of popularity.

The latest project to come out with the above-mentioned features is Pudgy Penguins. Infact, the announcement from the team stirred up the community to become complete;y active again, creating buzz and a rumour that Pudgy Penguins may eventually topple the current NFT leader BAYC(Bored Ape Yacht Club)

What is Pudgy Penguins NFT?

Launched in July 2021, Pudgy Penguins was quick to become one of the most popular NFT projects in space. Created by a group of pseudonymous founders, the project started amassing a huge community since its inception. The NFTs too, like the name suggests, feature cute penguin illustrations.

The collection featured 8,888 collectable penguins and was built on the Ethereum chain. Each characteristic of the penguins is drawn by hand and consists of almost 150 total traits. On the day of its launch, the project sold out within 20 minutes. Due to the popularity, BAYC had garnered and since Pudgy Penguins were the same pfp-based NFTs, they became successful quickly.

However, while the project saw immense growth, it was always under the radar for various incidents within the project. Sometime in the start of 2022, Pudgy Penguin owners were slammed for trying to run with the cash they had made. A whale from the project mentioned that the team wasn’t working on anything they had promised. This further led to the community ousting the entire developer team eventually.

As a project that has been among the top 10 NFTs for a while now, Pudgy Penguins was expected to bring something to the table that boasted of real intrinsic value. That is what the new development of the project is about.

Reason for the sudden rise in Pudgy Penguins

Pudgy Penguins community had been waiting for some major developments within the project or announcements that could potentially revive the project. Due to the various controversies revolving around the collection, it had lost a fair share of interested investors and the community.

However, Pudgy Penguins recently came out with its latest addition to the Pudgy Penguin ecosystem- physical Pudgy Penguin toys. A collection that holds value in the real world had been something that only top NFT projects like BAYC have been associated with. However, the addition of Pudgy Penguins to the list was enough to get the community completely riled up

Since the toy concept is fairly new to the community as well as the current owners, Pudgy Penguins is set to release only certain selected NFT toys. They have stated that much more can be expected from the team in the future. It has to be noted that Pudgy Penguins was purchased recently by an LA-based entrepreneur and holder from the original creators who were removed by the community

Over the last seven days, Pudgy Penguins have seen about a 277% rise in volume traded and has set a higher floor price of 3.2 ETH. It is currently the second most traded NFT collection on Opensea on the weekly charts; the first being BAYC. While it may be unlikely for the project to take over BAYC in terms of volume, it sure is expected to create more buzz going forward. 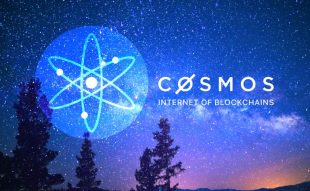