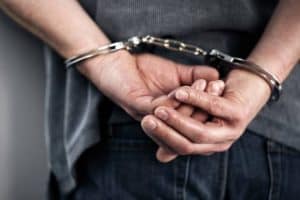 Dennis Blieden, a former digital marketing executive and current professional poker player, has been charged with embezzlement, after admitting to duping his employer to the tune of $22 million. According to a November 22 announcement from the United States Attorney’s Office for the Central District of California, the 30-year-old poker online player committed some misdeeds between October 2015 to March 2019. He was then the Vice President of Accounting and Finance at marketing agency StyleHaul.

During this time, he wired company funds into his personal bank accounts severally, abusing the authority and access to company finances that he had. As the AG’s Office pointed out, the former exec went on to wire $1.204 million in personal checks to several poker players, and use $1.13 million of the funds to pay off all of his credit card debt. Another $8.47 million was wired to his cryptocurrency accounts, which he used to trade.

“To conceal his scheme, Blieden made fraudulent entries in StyleHaul’s accounting records, falsely representing that the illegal wire transfers he made were authorized payments of money due to StyleHaul clients,” the attorney’s office added. Blieden also allegedly took money from his company’s accounts, claiming that they were equity payments that he was owed.

In one of his escapades, Blieden created a fake lease for a beachfront condo in Mexico, then transferred $230,000 on company funds to his account, claiming that the condo was rented for business use. To make that deal happen, he also forged the signature of another company executive.

Then former poker champion was first indicted and arrested in July 2019, and on November 22, he pled guilty to one count of aggravated identity theft and another count of wire fraud. His trial has been set for March 20, 2020, and he faces a maximum 22-year term in federal prison if found guilty.

The Attorney’s Office didn’t mention that they had struck a deal for leniency with Blieden, but as the document shows, the number of counts that he has to plead guilty to are significantly less than what he was charged for back in July.

At the time, Blieden was charged with 11 counts of wire fraud, one count of aggravated identity theft, and two other counts of forfeiture. If authorities had successfully pursued all of the counts,” and he had been found guilty, then he could have faced up to 200 years behind bars. Much more than the 22 years he faces now.