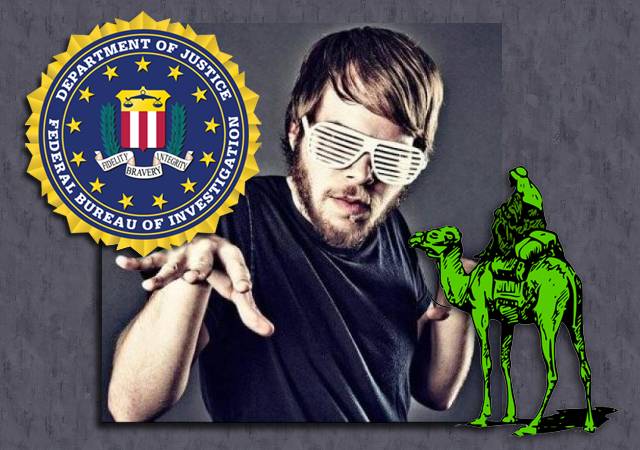 NEW YORK (InsideBitcoins) — Many people will remember the long list of mistakes made by alleged Silk Road mastermind Ross Ulbricht, which were supposedly what led to his eventual downfall. When taking a close look at the recent criminal complaint against alleged Silk Road 2.0 operator Blake Benthall, it’s easy to see a similar pattern.

It’s possible that this version of Dread Pirate Roberts was just as sloppy as Ulbricht, but that doesn’t tell the whole story. It seems that another similarity between the two Silk Road cases is that the FBI isn’t interested in spilling the details in terms of how the servers behind these darknet marketplaces were found in the first place.

The FBI is managed by underpants gnomes

The following is a summary of how the FBI, according to the criminal complaint, identified the supposed Silk Road 2.0 server:

In the criminal complaint against Blake Benthall, the identification of the Silk Road server is simply glossed over as if it’s not important. Instead of explaining how the server is found, the complaint simply states, “In or about May 2014, the FBI identified a server located in a foreign country that was believed to be hosting the Silk Road 2.0 website at the time.”

The problem with not explaining this process is that finding the server was the basis for the entire investigation against Blake Benthall. Once the server was found, finding out the identity of the main operator of the server was a rather trivial matter.

This non-attention-to-detail has also been found in the case of the alleged operator of the original Silk Road, Ross Ulbricht. Although the FBI has been forced to come up with the story of how they found the original Silk Road server, many security researchers, and even Tor employees, have noted that the evidence presented by the FBI simply does not add up. As one researcher put it, “The idea that the CAPTCHA was being served from a live IP is unreasonable. Were this the case, it would have been noticed not only by me, but the many other people who were also scrutinizing the Silk Road website.”

To much of the computer security community, it seems that the FBI actually hacked the original Silk Road website. Others have noted that the use of parallel construction cannot be dismissed. The lack of transparency from the FBI on this key point in both criminal investigations is rather telling.

Although the origins of the original investigation in the Silk Road 2.0 server are suspicious, Blake Benthall didn’t exactly make law enforcement’s job difficult once they had their target. Here are some of the troubling mistakes allegedly made by Benthall during his escapades: