Homenewsnvidia settles 5 5m with the us sec

NVIDIA has agreed on a $5.5 million settlement with the SEC as a penalty over the charges filed against the company. However, NVIDIA has not agreed to or denied any of these charges, as reported by the SEC’s findings.

A press release by the SEC said that NVIDIA did not fully disclose details regarding cryptocurrency mining and how this activity was a main source of revenue for the firm’s mining operations. Following an increase in crypto mining activities in 2017, NVIDIA has been actively involved in offering advanced GPUs to mining facilities.

The press release added that NVIDIA had included the revenue earned from selling GPUs to crypto mining firms as part of its gaming operations. NVIDIA’s Forms 10-Q failed to state that the “increase in gaming sales was driven in significant part by cryptomining”, as required by the regulator.

NVIDIA also failed to note how an increase in demand for crypto had affected its other business areas. This proved that the company’s cryptocurrency operations did not have a close link to its gaming business. According to the SEC, failing to disclose such details could have misguided investors into putting their money in areas they did not have adequate knowledge about. Investors also failed to have access to information that could help evaluate the business’s future performance.

“All issuers, including those pursuing opportunities involving emerging technology, must ensure that their disclosures are timely, complete, and accurate,” said Kristina Littman, the SEC Enforcement Division’s Crypto Assets Chief Cyber Unit. She added that the failure of NVIDIA to give accurate disclosures had prevented investors from accurately evaluating the company’s performance.

Besides investing in cryptocurrency mining equipment, NVIDIA has also focused on other areas related to the crypto space. The company currently has its eye on the buzzing metaverse space.

At the beginning of this year, NVIDIA unveiled a program supporting creators and artists who want to build virtual worlds and products to be used within the metaverse. The company also announced plans to distribute “Omniverse” that could be used to create tradable assets of the virtual world. 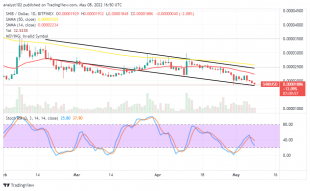