Nvidia, a hardware developer, is boosting its efforts to have a presence in the metaverse. Earlier this week, the company announced the launch of new developer tools focused on the metaverse. These new tools include simulations, AI capability, and other creative tools.

Creators adopting the Omniverse Kit and other applications like Nucleus, Machinima and Audio2Face can now access the new upgrades in developer tools. Nvidia also says that one of the core functions of these tools will be to support the creation of realistic avatars and accurate digital twins.

The metaverse is currently one of the top topics in the crypto industry. Developers and users have been actively discussing the quality of experiences in the metaverse compared to the quantity. An example is launching the first metaverse fashion week on The Decentraland metaverse.

One of the main issues raised after the metaverse fashion week was the lack of quality within digital environments. Moreover, garments and the avatars needed to interact with others in the metaverse were also lacking.

The newly-launched Nvidia toolkit will include the Omniverse Avatar Cloud Engine (ACE). According to the developers, the ACE will boost the building conditions of the virtual assistants and humans interacting in the digital world. The Omniverse ACE also allows developers to build and deploy avatars across all private and public cloud engines.

The update provided in the Audio2Face application noted that digital identity needed to be a key focus. An official statement from Nvidia further said that users could direct the emotions of the digital avatars, such as full-face animation.

Growth of the metaverse

Therefore, there will be a notable increase in users seeking digital versions of the metaverse. Technology development to support the mass adoption of the metaverse is also crucial.

The other update that has also come to Nvidia is the Nvidia PhysX, which includes an advanced real-time engine supporting realistic physics simulation. It allows developers to include real reactions to metaverse interactions.

The AI technology offered by Nvidia has also been beneficial in creating spaces supporting social interaction within the digital universe. The technology is becoming even more useful as developers focus on the metaverse. 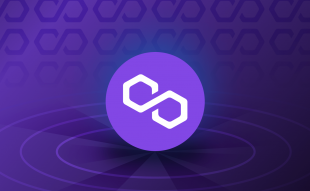