South Korea’s “crypto boom”, a term used to refer to the rising number of investors by the local media, is attracting investors in their 20s and 30s to invest their money in crypto. Regarded, sometimes, as perhaps too much.

Crypto Investors in 20s and 30s Triple In South Korea

According to the recent data published by the South Korean Depository, the number of investors in their 20s and 30s has increased from 23.7% in 2019 to 35.7% by the end of 2021. While the total number of investors has more than doubled, showing an increase of 7.62 million last year when compared to the figures in 2019.

Not only was there an increase in the number of investors over the years, according to data from multiple exchanges, but also an increase in the trading volume with these accounts. Bithumb, a South Korean crypto exchange, alone has more than 8 million registered accounts on its platform.

A similar trend can be seen with Upbit, another popular exchange in the country, which hosted more than 5 million households in 2021. Almost triple the number of households who used the exchange only a year prior. This data can be seen first-hand in the article published by a local publication.

According to a study by a big data firm IGA Works titled “Virtual Cryptocurrency App Market Analysis”, close to 60% of new crypto investors in the country lie in the age group of 20-30 and allocate smaller amounts of money into crypto, usually bordering around $100.

These investors usually prefer Bitcoin, or top 10-by-market-cap altcoins as their investments, and were also welcoming of coins and exchanges across borders. This study was presented in early 2021 and represented data relevant to that time.

In the article linked above, it can be seen that the debt level among people in their 30s has increased as they continue to acquire loans from more than three financial institutions. An increase of 30% when compared to data 5 years ago.

The total debt figures in the country in the financial sectors stand at close to 600 trillion won, with contributions from 4.51 debtors, most of whom are aged 40 and lower. The increase in the debt numbers was caused by the stock market and crypto investments before the pandemic, catalyzed primarily, due to low-interest rates.

According to Korea JoongAng Daily, crypto investors in their 30s faced many repercussions in their personal lives due to their miscalculated crypto investments.

As the article mentions, more than 7590 people in their 20s have applied for debt settlement in 2022, which is an almost 30% increase when compared to 2019. The irrational mentality of young investors runs parallel to the one seen in the dot com bubble.

To help investors recover from their losses, the government has announced a reduction in interest payments by as much as 50% for inventors aged 34 or less, according to the article. Additionally, crypto losses by these investors will be excluded if these investors apply for individual rehabilitation programs, as announced by Seoul Bankruptcy Court.

Elaborating on the cause of irrational behavior of young inventors, Kim Ja-bonn, a senior research fellow at the Korea Institute of Finance said that “Investors in their 20s and 30s without much experience and knowledge in finance are more easily swept up by the investment frenzy because finance isn’t taught at school, unlike in developed nations, like Britain, where finance is included as a required subject,” 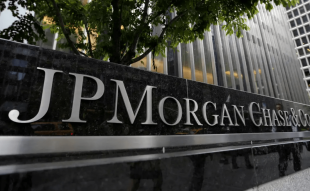