The Shanghai government has maintained its support for crypto and non-fungible tokens (NFTs). The government has now added blockchain and NFTs to its 5-year plan. The latest release will speed up the growth and development of these technologies

Several governments are remaining friendly to cryptocurrencies, which is increasingly creating a favorable environment for digital assets to flourish.

The Shanghai government has also seen the need to promote the industry, albeit with a strong regulatory approach. This has made sure that its citizens are aware of the developments in the crypto sector compared to the rest of the world.

The government is maintaining the development principles and providing opportunities for its citizens to explore digital technologies.

Additionally, the detail of the 14th 5-year plan was recently released, which specifically focused on developing digital technologies. The plan aims to develop a digital economy that will attract capital to the state. It gives developers, investors, and other skilled persons in digital technology to grow their capabilities in the industry and strengthen the digital space.

Despite its negative stance on crypto mining, China has remained one of the leading competitors when it comes to developing digital technology. The government understands the level of growth and development in the digital technology space all over the world. As a result, the Shanghai government wants to ensure a favorable environment for these developments.

Separate Sections For Web3 And NFT Have Been Set Up

The 5-year plan is part of Xi Jinping’s vision for the future of China and Shanghai, the largest city in the country. The NFT and Web3 have been included in the social and economic development plan of the country, which will continue until the year 2035.

The document shows that the Shanghai government will create opportunities to enable scientists to determine technological prospects. The target is to keep filling space for the increasing demand for digital assets in the market.

The government has also rolled out separate sections for blockchain, NFTs, and other digital assets such as the CBDC. The plan will also work on linking the real world with the digital world as well as developing the metaverse. It’s also planning to bring more opportunities for immersive technologies to promote the virtual world. 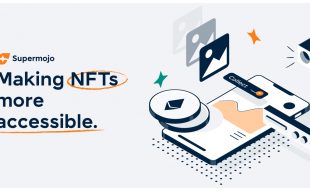 Supermojo Raises $6M In Seed Round To Streamline NFT Access

Supermojo, a financing platform for non-fungible tokens (NFTs), has raised more than $6 million ...