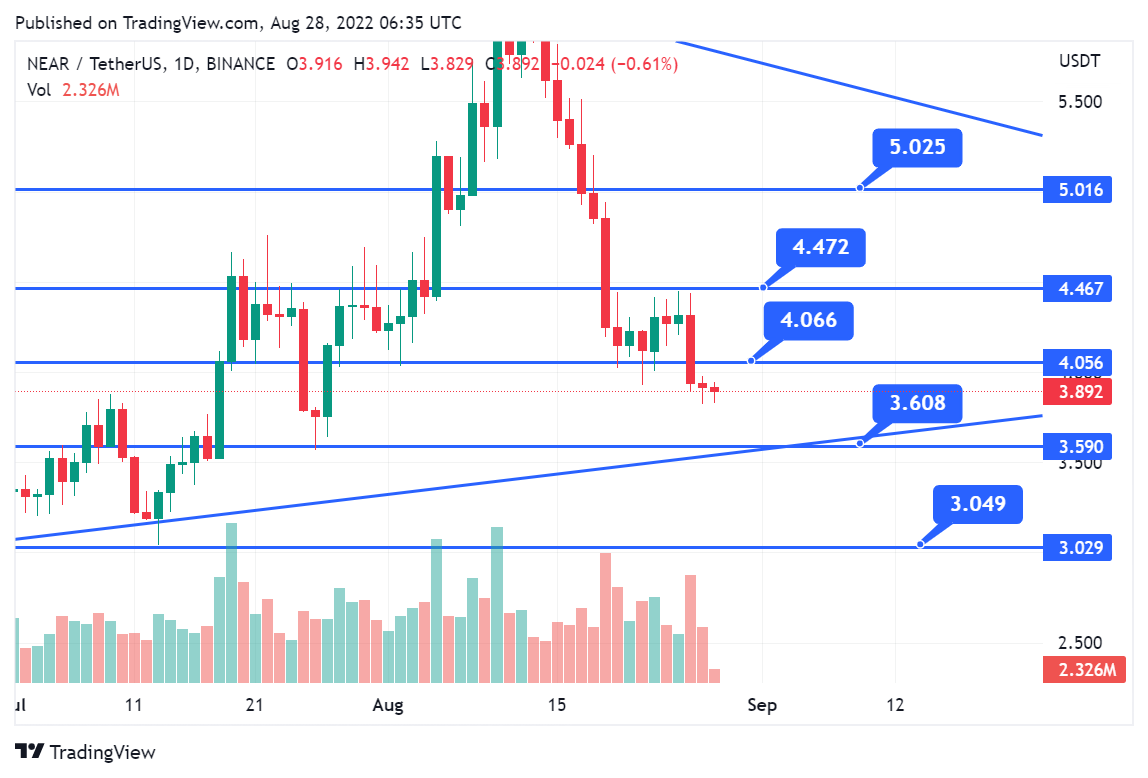 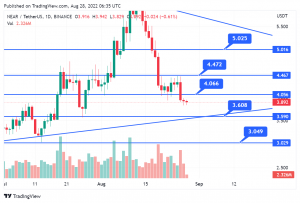 The Near Protocol drops 4.48% in seven days as the coin fails to halt its long downward rally. However, it is still flashing red near $3.88 as the massive sell-off in the crypto market continues to erode investor confidence and contribute to digital currency losses.

Last week, the token price rose to $4.45 but failed to break above the double-top pattern. Its market value has risen nearly 12% since its low point earlier this year, reaching $3.3 billion. However, the gains were short-lived as the crypto market’s poor condition limited the gains of many coins.

One of the most prominent blockchain initiatives, Near Protocol, aims to improve the quality of the infrastructure on which software is developed. A proof-of-stake network, it makes use of sharding to increase network throughput. Numerous applications spanning various domains have been constructed using Near Protocol, including the metaverse, NFT, and decentralized finance (DeFi).

SWEAT NEWS! 💧
Sweat Economy is the first project to onboard millions of users into Web3. Bringing value to your movement, SWEAT is a token for everyone.
Join the millions of users waiting for SWEAT!
• 110M+ Web2 users – Sweatcoin
• 12M+ Web3 users – SWEAT pic.twitter.com/foJXygz4eD

Its website boasts that more than seven hundred and fifty applications are compatible with it. Ref Finance, Burrow, Meta Pool, and Linear Protocol are just a few major apps in its ecosystem. DeFi Llama claims that the TVL of the apps in its ecosystem is more than $300 million. Its Aurora and Octopus app platforms offer far more options. In recent months, Near Protocol has seen an explosion in popularity.

Over the past 24 hours, more than 196 million transactions have occurred on Near, which has over 18.3 million registered users. The imminent introduction of Sweatcoin’s SWEAT token will be the next key stimulus for the Near Protocol price.

Firstly, Sweatcoin is a major fitness industry technology startup. It’s a platform that encourages users to get moving by offering financial incentives for activities as simple as walking and jogging. Multiple millions of people all across the world utilize Sweatcoin. The app’s creators have recently secured $13 million from investors to complete its development.

The next step is the September launch of the $SWEAT cryptocurrency. Due to the coin’s release on Near, this is a crucial step. The recent bearish rally could be attributed to investors’ attention shifting to the upcoming Sweatcoin $SWEAT release. Sweatcoin is one of the most important technological startups in the fitness industry.

There are 771,607,194 NEAR coins in circulation, with a maximum supply of 1,000,000,000 NEAR coins. The Near Protocol, the leading blockchain project, aims to provide programmers with a more reliable environment for developing apps.

It is a proof-of-stake platform that improves performance by utilizing sharding technology. However, recent network development will almost certainly boost the coin’s value.

Attackers who attempted to access the Near Protocol’s Rainbow Bridge over the weekend lost approximately five ether (ETH), or slightly more than $8,000 at the current exchange rate, as automatic security measures by the bridge’s validators stepped in and quickly eliminated the risks.

By encrypting native tokens on both sides, blockchain-based bridges enable token transfers and receipts, allowing users to move tokens between networks. According to research, Rainbow has over $2.3 billion in assets locked inside the protocol and allows users to transfer tokens across the Aurora, Near, and Ethereum networks.

According to a letter from Rainbow developer Alex Shevchenko, a hacker allegedly submitted a fake near-block to the Rainbow bridge contract by putting up a five ether “safe deposit.” As a result, this new information has had little impact on NEAR prices.

On a daily timeframe, NEAR has fallen to $3.89, breaching the double bottom support level of $4.05. The formation of a bearish engulfing candlestick below $4.05 supports the selling bias. As a result, NEAR has the potential to rise to $3.59. 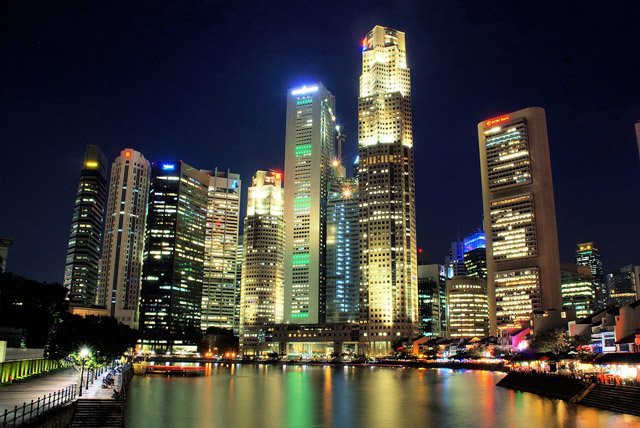