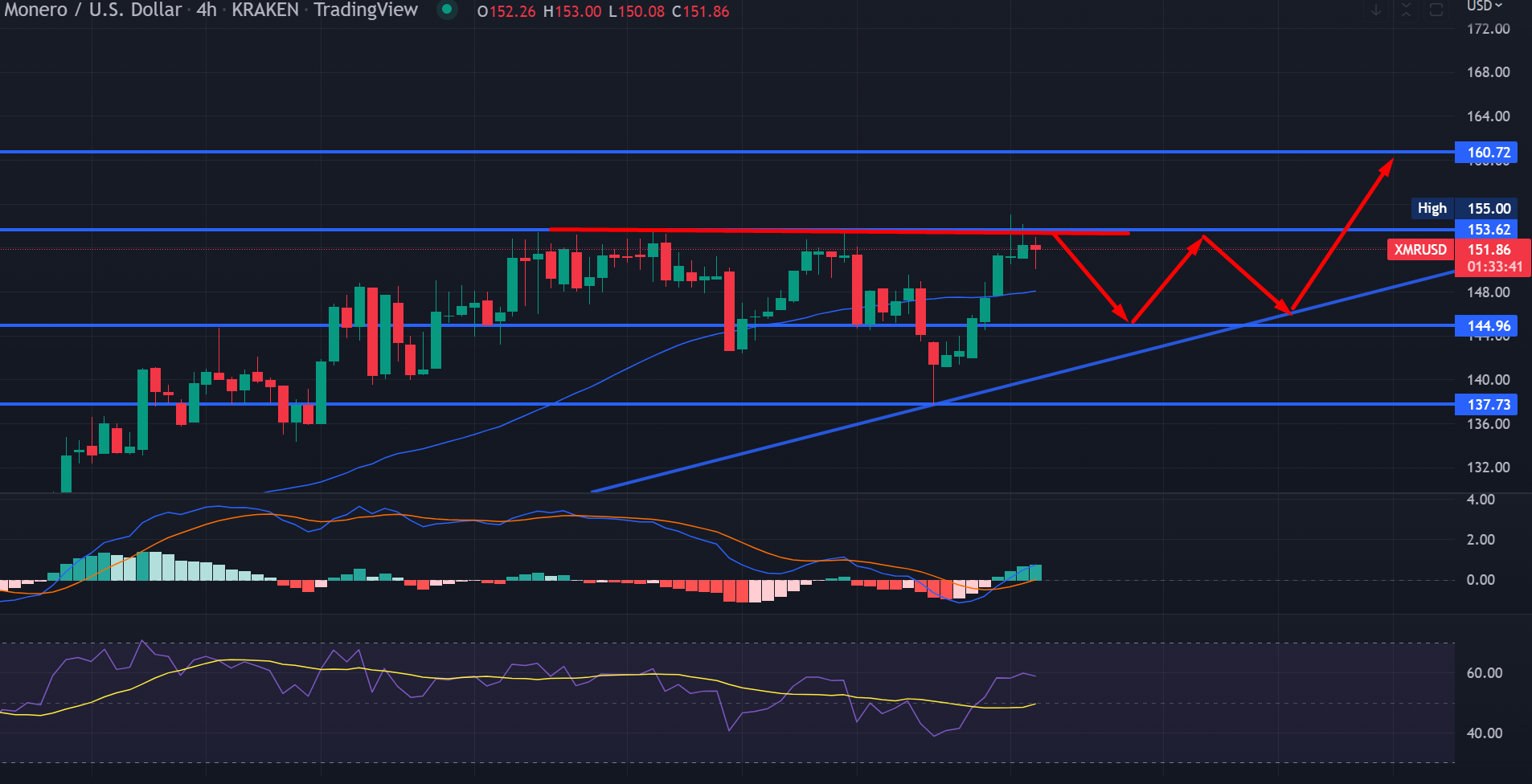 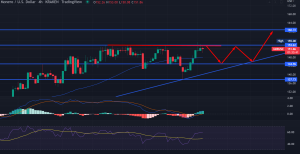 Even though most crypto markets were trading in the red, Monero XMR rose to its highest level in five weeks. Monero could extend its upward rally and gain additional bullish traction while rising around the $152 level. The Monero (XMR) coin’s performance in the cryptocurrency market resulted in a 6.4% increase in its 24-hour trading volume. Buyers of XMR have maintained their interest in purchasing as the price has risen from lower levels. Furthermore, despite the bearish crypto market, most other coins and tokens are rising.

Monero currently trades at $151.85, with a 24-hour trading volume of 164 million. With a surge in XMR price, it’s now ranking at #26 on the market with a live market cap of $2.7 billion. Whereas the total number of XMR coins in circulation is unknown; however, 18 million coins are now in use.

Monero is designed to be a private, untraceable coin, which is why it has gained popularity. Because Monero (XMR) transactions are encrypted, they cannot be linked to specific individuals. Furthermore, the resistance of Monero to the bear market could be attributed to its upward rally.

Even though the price of Bitcoin and other cryptocurrencies has fluctuated significantly over the last year, the price of Monero (XMR) has remained “relatively” constant. Many investors regard it as a safe haven, particularly during times of economic turmoil.

Monero’s upcoming hard fork, the fifteenth software version, will improve the network’s privacy and overall performance (v15). One of the most noticeable changes will be a Monero’s ring size increasing from 11 to 16. Monero also revealed updates to its multisig system. However, the anticipation of the hard fork may be the only factor influencing the price of XMR.

Despite some digital assets performing well, the cryptocurrency market was unable to attract bids and lost its previous positive momentum. A lack of bullish leverage in the cryptocurrency market and investors re-entering the fiat market suggest that another crash is possible. This occurred as Bitcoin, the world’s largest crypto coin, continued to lose ground. On the flip side, the bearish basis in leading cryptocurrency Bitcoin hasn’t affected Monero.

Alternatively, Monero may experience a bearish correction below the $153 level. On the downside, the immediate support level for the XMR/USD pair remains at $144.

Technical indicators such as MACD and RSI support the buying trend but indicate that digital currency is overbought. As a result, a slightly bearish trend below $153 is not surprising. Consider remaining bearish under this double-top resistance level and bullish above it. Good luck! 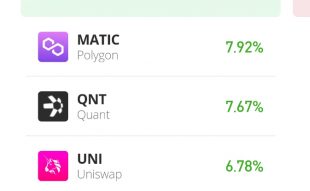 Ethereum Classic has shown some nice performances today moving by about 10% of its ...