Homenewsmobilecoin price prediction as mob spike over 20 in one day

A volume spike in trading of MOB, the native cryptocurrency of the privacy-focused global payments blockchain network MobileCoin, saw its price surge on Wednesday. MOB/USD was last changing hands around 23% higher on the day in the $1.12 area,  having earlier been as high as the $1.40s. The cryptocurrency’s latest surge means that it is now above all of its major averages, which short-term speculators might view as bullish. Price predictions have thus become more bullish.

MobileCoin’s most recent bounce likely has a lot to do with technicals. Prior to Wednesday, MOB had been drifting lower in December. However, this week it tested a key area of support around $0.90 in the form of the 50 and 100-Day Moving Averages, as well as a downtrend going back to August. Buyers seem to have piled in, seeing this pullback as an excellent time to re-enter long positions.

Price Prediction – Where Next For MOB?

MobileCoin bulls will likely now be targeting a retest of the cryptocurrency’s November highs around $3.50, when the cryptocurrency gained as much as 540% in one day on news that Twitter plans to integrate Signal Protocol, a messaging application, into its private messaging feature.

MobileCoin has a close relationship with Signal, which uses the blockchain as one of its payment methods. Thus, traders were speculating that if Twitter teams up with Signal, this could also boost demand for MobileCoin’s blockchain and MOB token.

Cryptocurrencies are still trading substantially lower versus their pre-FTX collapse levels, leading some traders to start looking at alternatives with more potential in the short term. Listed below are some of the leading presales in the market, allowing investors to get in on the ground floor.

Dash 2 Trade is currently conducting a token pre-sale at highly discounted rates and sales recently surpassed $9.7 million. The pre-sale dashboard is going to be released on Friday, with the development team currently running ahead of schedule. Tokens are currently selling for $0.0533 each and will be listed on multiple centralized exchanges in around one month.

Investors should consider Calvaria’s RIA token pre-sale. Calvaria has now raised $2.44 million, with a crypto whale scooping up $97.5K in one purchase last week. The presale is in the final stage, with only 21% of tokens left.

RobotEra (TARO) is a Sandbox-style Metaverse that will enable gamers to play as robots and participate in the creation of its virtual world, including NFT-based land, buildings, and other in-game items. Due to launch in an alpha version in the first quarter of next year, it also plans to let players link up with other metaverses, in the process creating a multi-verse where NFTs from different platforms can interoperate.

1 TARO is currently selling for 0.020 USDT (it can be bought using either USDT or ETH), although this price will rise to $0.025 in the second stage of its presale. The project has now raised more than $545K in funds in the few weeks since the launch of the pre-sale. 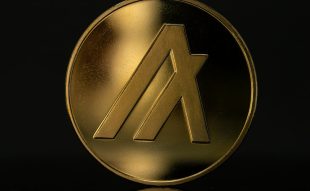 Join Our Telegram channel to stay up to date on breaking news coverage Algorand ...