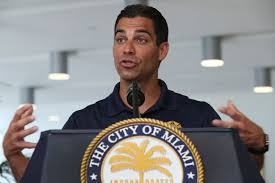 The city of Miami appears to be in the middle of a crypto renaissance, as its government has become incredibly pro-crypto in recent weeks.

Led by Mayor Francis Suarez, the metropolitan city could be heading for some significant crypto developments as its legislature makes considerable progress with a new public initiative.

Yesterday, Suarez took to Twitter to announce that the city’s legislature had formally voted to launch an inquiry into the possibility of putting some of its reserves into Bitcoin. The mayor explained that the city commission had supported the initiative, and that it would move on to the next steps.

“I wanna thank the city of Miami commissioners for supporting my resolution, which directs a city manager after analysis to procure a vendor to be able to offer our employees to get a percentage of their salary in Bitcoin; allows our residents to pay for fees in Bitcoin,” his tweet explained.

Suarez added that the resolution could also put forth a proposal that would allow Miami to invest some of its municipal funds into Bitcoin.

The move could see Miami become the most crypto-friendly city in the United States, as it is exploring efforts that no other government within the country has thought about. While some cities have allowed citizens to get salaries or pay taxes in Bitcoin, none has gone as far as to consider the leading cryptocurrency as a significant investment asset – despite its value skyrocketing over the past couple of years.

A Bloomberg report confirmed that the resolution passed overwhelmingly with a 4-1 vote in its favor. However, it was significantly reworded, as it only claims that the city commission will move on to studying the feasibility of these steps – as opposed to taking action immediately. As Blomberg explained, several commission members had counseled Suarez not to move forward without consultation and thorough analysis.

Suarez has been doing a great deal of work to incorporate Bitcoin into Miami’s public sector. Last week, he revealed that the city’s legislature was looking into the possibility of enacting pro-crypto laws and was taking cues from other crypto-friendly states like Wyoming and New York.

Speaking of New York, Andrew Yang, the former Democratic presidential candidate, has begun to push his crypto-friendly agenda as part of his New York City mayoral run. Yesterday, he said via Twitter that he would transform the city into a Bitcoin hub, drawing reactions and suggestions from people.

Meltem Demirors, an executive at crypto investment firm CoinShares, explained that while the promise seemed alluring, it would be difficult for crypto companies to incorporate in New York City due to its high taxes. So, unless Yang has a plan to cut taxes – and, by extension, the city budget – his promise will be a tad challenging to realize.