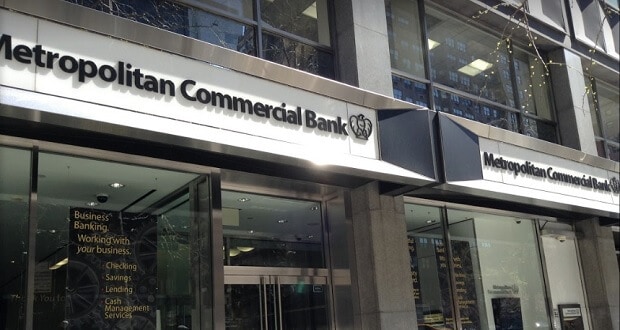 Metropolitan Commercial Bank, a New York banking institution that has been openly serving the cryptocurrency space, has posted an increase in crypto-related deposits for the first quarter of the year. The company told CoinDesk that it had doubled its loan loss provisions to $4.8 million in Q1 2020, while its overall deposits also surged by $231 million quarter over quarter.

Numbers Can be Sustained For Now

Of the $231 million, Metropolitan saw a $25 million increase in deposits from cryptocurrency customers for the period. This marks a 24 percent increase over the last quarter, although it’s 40 percent lower than the same period last year.

Christopher O’Connell, a bank stock analyst at investment firm Keefe, Bruyette & Woods, also pointed out that the firm will most likely keep its business line steadier at about 4 percent of total deposits even though its crypto business has started to grow.

However, the New York bank also witnessed the most significant decrease in its corporate cash management deposits. The metric fell by an alarming $155 million, although it saw its loan loss provisions increase by over 100 percent as a means of responding to the coronavirus pandemic.

The firm has also increased its presence in the crypto space, as it partnered with British digital banking service Revolut. Revolut’s mobile app launched late last month in the United States, and the firm partnered with Metropolitan on FDIC insurance up to $250,000, as well as the ability for customers to receive salary payments up to two days through advance via a direct deposit.

The British firm itself partnered with payment processor VISA in October 2019, which helped it to expand to 24 additional markets. In the same month, the firm also partnered with MasterCard and finally gained its much-desired entry into the United States market.

While traditional banks helping the crypto space appear to be doing well, crypto banking institutions seem to be struggling as a result of the coronavirus pandemic.

SoftBank, the Korean investment giant that has Fortress Investment Group as one of its portfolio companies, is expected to rack up a $12.5 billion loss for the financial year that ended in March.

At the same time, digital asset bank Galaxy Digital has extended its losses to this quarter. Earlier this year, the firm announced a $32.9 million loss for Q4 2019, as it cited operating expenses and realized losses on digital assets for the drop. This is in line with losses of $134 million and $68.2 million in Q1 2018 and Q3 2019, respectively.