Homenewslucky block lists on pancakeswap 26 january as demand hots up 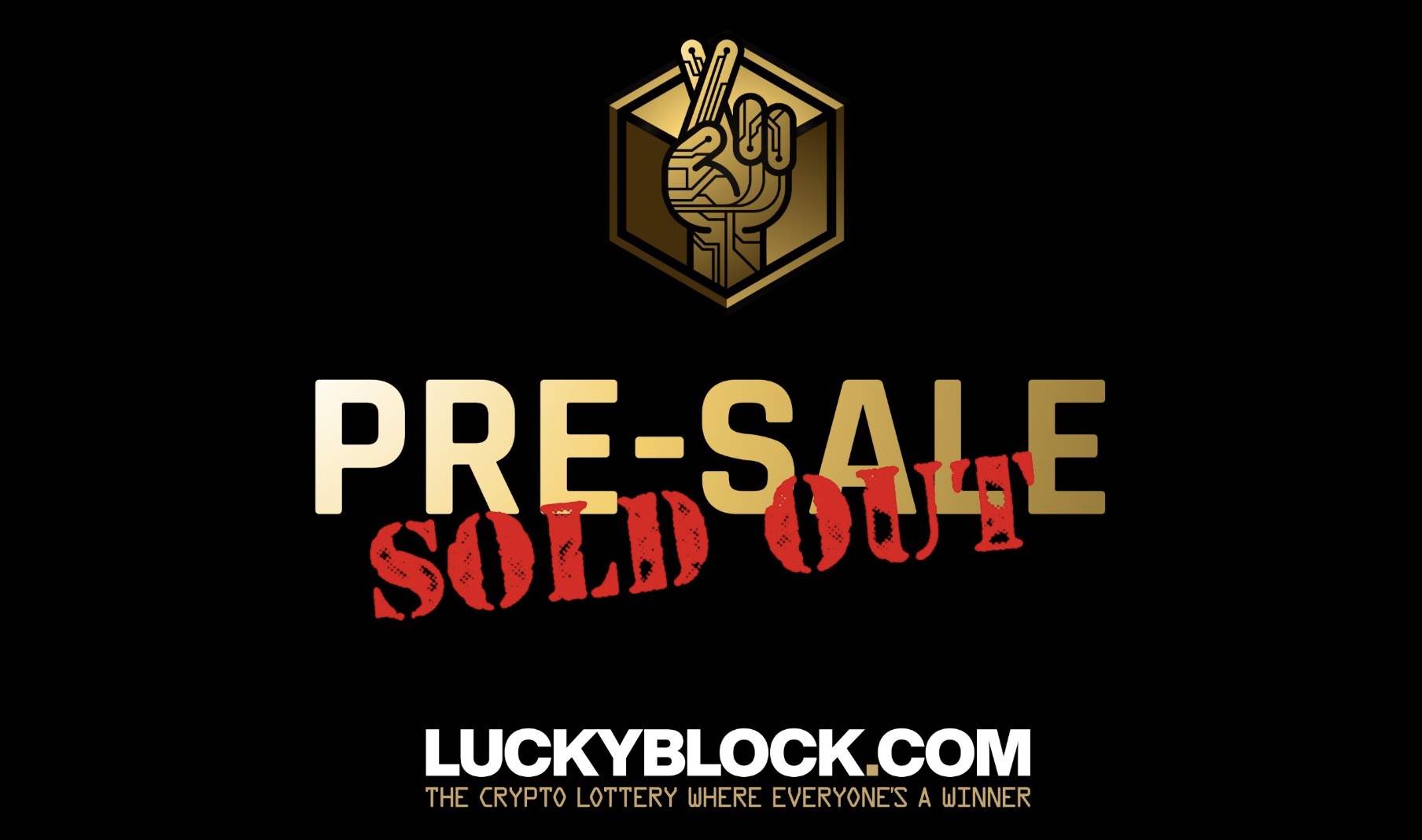 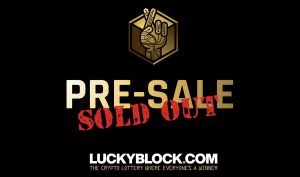 Crypto lottery platform Lucky Block lists on Pancakeswap this Wednesday 26 January, bringing forward its plans after the surprise early sellout of its presale. The exact time of the listing on the day is 18:00 GMT/UTC.

Lucky Block has rapidly amassed 8,611 investors in its innovative lottery platform that breaks the mould with an industry-first dividend, better chances of winning and its commitment to charitable donations.

The date of the Pancakeswap listing was announced by Lucky Block CEO Scott Ryder in a communication to its 19,000-strong official Telegram group.

Ryder said that eagerly awaited details of its near-term plans for listings on centralised exchanges and further marketing, will be released tomorrow (Tuesday 25 January), in an initiative dubbed “The Road to Binance”. Binance is the world’s largest crypto-trading venue by market volume.

The full-steam ahead approach sees the folks at Lucky Block hitting the ground running, with applications for other top exchange listings already lodged at Crypto.com and FTX – the team expect approval from those two exchange heavyweights by the end of the week.

Commenting on the imminent Pancakeswap listing, Ryder told insidebitcoins: “The strength of our presale, which finished 11 days early and raised $5.7 million, stands us in good stead with exchanges as we have already demonstrated outsized demand for our market-leading product. We have set aside more than enough liquidity for buyers, so there will be no problem accommodating demand from investors.”

Asked about the timing of the listing, given last week’s selloff of risk assets, which has seen the  crypto market fall in tandem with the stock markets, in particular the riskier and most richly priced end of the market made up of previously high flying but unprofitable tech stocks, Ryder was upbeat.

“We are not here to run down other projects and coins, but we believe that Lucky Block is part of a trend that will see the rise of crypto products that are able to grow revenues by focusing on real-world use cases that can garner mass market adoption and generate revenues.

“Also lower valuations eventually bring attractive entry prices by improving risk-reward potential, providing, we would suggest, investors focus on cash-generative businesses and those with the best tech. Lucky Block scores highly on both of those touch points.”

Ryder continued: “Just as we are seeing a rotation in the stock market from previously red-hot yet expensive stocks of companies that are yet to turn a profit, into so-called value stocks that have strong revenues and profitability, we will see a similar approach mirrored in the crypto world.

“Lucky Block is very much a part of this new wave that starts to deliver now on the promise of Web 3.0 disruptors taking on centralised legacy products such as the various national lotteries around the world.”

Although LBLOCK can be found now on Pancakeswap by searching for the token, there is no liquidity available until Wednesday at 18:00 GMT/UTC, so it cannot be traded until then.

Those interested in buying LBLOCK are also being warned about the proliferation of scams and fake social channel activity that always sadly springs up around successful crypto projects.

A winning hand for players, investors and charities

Ryder, sees the project as one that enables players and investors to do good by committing funds to the platform: “We are building a community to revolutionise lotteries for players with low odds and voting while making each Lblock token holder a stakeholder in the platform through our dividend income stream, all while making philanthropic giving a frictionless affair.”

Earlier this month Lucky Block donated $5,000 in crypto to the British Red Cross.

Although the Lucky Block team believes it has no legal obligation to seek a licence for its services, it is exploring plans to apply for a licence with the Malta Gaming Authority as part of its environmental, social and governance stance and will include gambling risk warnings to encourage responsible behaviour.

In addition to highly competitive odds and 10% of every prize pool going to charity, Lucky Block buyers are particularly attracted by the dividend payments. That feature alone could spur buying in Wednesday’s Pancakeswap launch, as “hodl”-inclined investors already used to the idea of staking coins, look to seize this new yield opportunity.

Modelling seen by insidebitcoins shows that even on conservative estimates, the dividend paid to token holders, whether they have bought a lottery ticket or not, could be 19.2% per annum, assuming a 12-month holding of $,1000 worth of Lblock on the platform.

Full details of the modelling are embargoed until Tuesday, but there has been some discussion of the matter in the Telegram group.

Lucky Block has included anti-whale and anti-bot measures that will continue beyond the presale in a further encouragement for buyers and longer-term investors.

Lock-ups also provide buyers with a security blanket as it mitigates against whales, some of whom will have bought in the soft launch sale, from dumping their coins on the market when trading begins. During the presale a lockup was in force for all contributions over $10,000 and this will stay in place.

Those who missed out on the presale, or who are topping up their holding, can be more confident in buying more Lblock by knowing, for example, that approximately 1.47 billion LBLOCK at a sale price of $0.00012 is locked.

Despite the steep drawdown last week across the crypto complex, the Lucky Block team is confident that the DEX listing will be received as positively as the presale.

For more information about how the lottery platform works, check out the Lucky Block whitepaper.

Getting to grips with Lucky Block on Pancakeswap

Pancakeswap is the top decentralised exchange (DEX) by number of visitors and the number of assets listed. By volume it is the second-largest DEX.

Decentralised exchanges have been rising in popularity because of their low cost, and ease of onboarding, due to there being no Know-Your-Customer form filling and other sign-up steps to complete.

To transact on Pancakeswap traders simply connect their wallets to initiate a “swap”, in a process not too dissimilar to how the presale was run on the Luckyblock.com website where buyers also had to connect their crypto wallets in order to participate – although there was of course no selling in the presale. 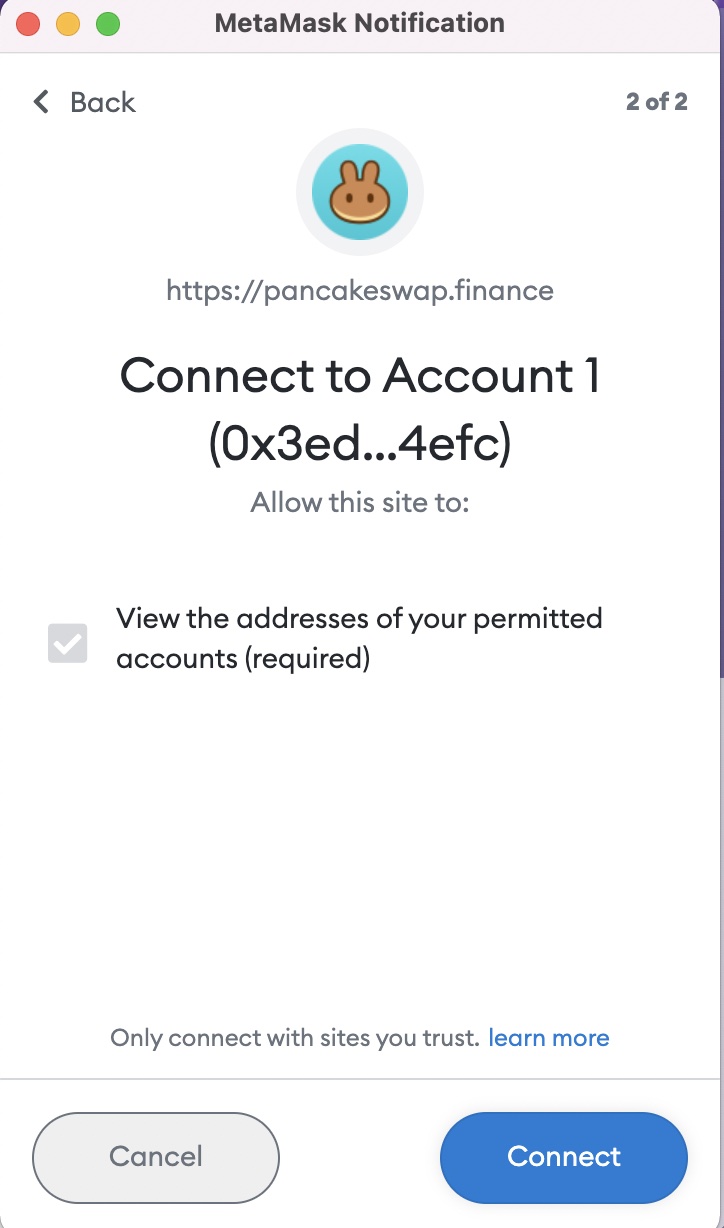 Pancakeswap is a platform for BEP-20 compliant tokens such as LBLOCK that run on the Binance Smart Chain.

BSC is a proof of stake (or proof-of-staked-authority to give BSC’s flavour of PoS its full name) platform, which allows it to reduce transaction costs to a fraction of those on ethereum and enables the throughput of transactions per second (tps) to be much higher at around 60 tps compared to ethereum’s maximum of 15 tps.

The Lucky Block lottery is scheduled to launch on 25 March 2022 with tickets priced at $5 paid in LBLOCK, and coincides with the release of its mobile app for both Android and iOS.

More details on the features available on the app will be released tomorrow. But going by the sneak peaks dropped last week, it is likely to act as the hub for all platform interactions – it could perhaps be thought of as a users’ LBLOCK bank account app.

Disclaimer: Gary acts as a consultant to the Lucky Block (LBLOCK) project. This article is not investment advice. 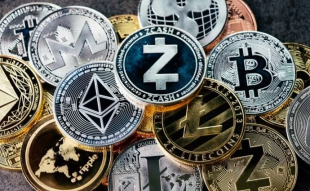 10 Most Promising Cryptocurrency For 2022

With the year still very in the early phases, investors are already looking to ...