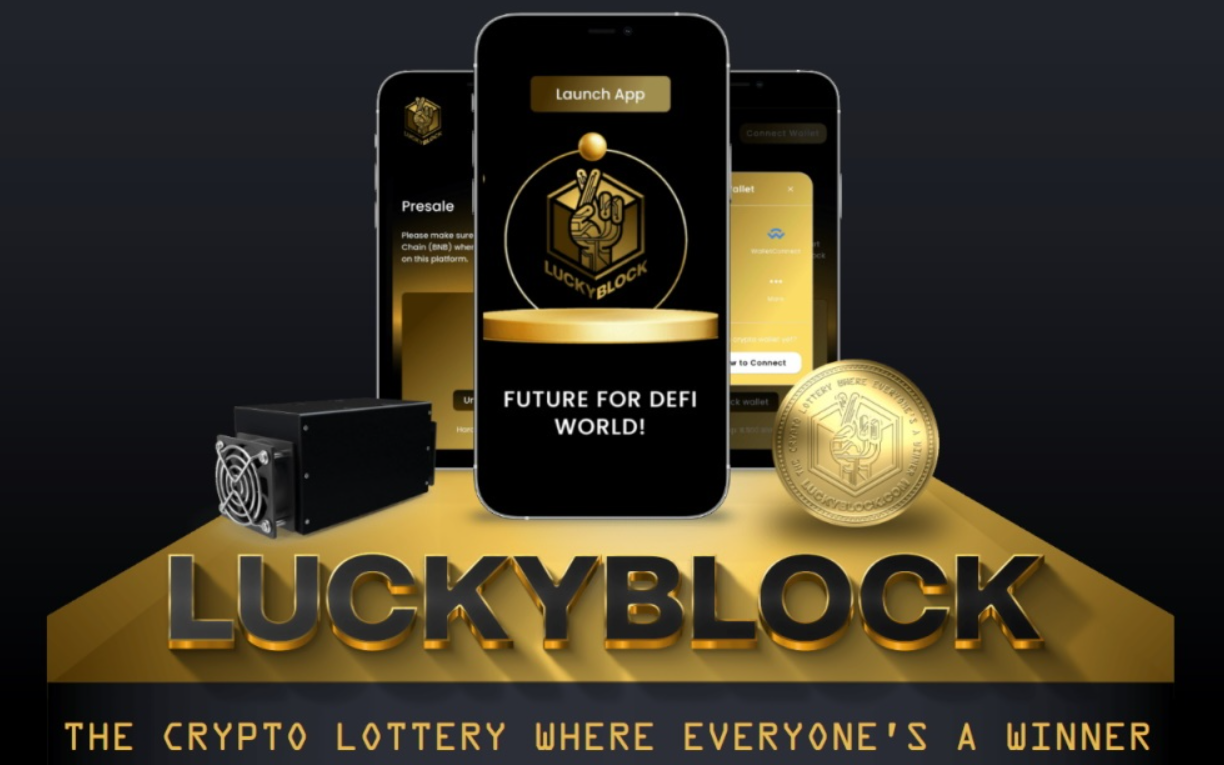 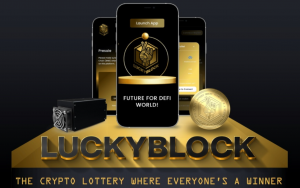 There has been a lot of discussion surrounding non-fungible tokens (NFTs) and Web3 – the concept that many believe to be the next stage of evolution for the internet. Both NFTs and Web3 have captivated the tech space, and investors are rushing to bet on them. This roundup examines some of the best Web3 and NFT cryptos for investors to include as part of their portfolios.

Excitement about Lucky Block has been rising for the past few months. The project is one of the breakout crypto and blockchain platforms of this year, and Lucky Block is only expected to grow going forward.

Lucky Block’s LBLOCK token is the best Web3 and NFT cryptos currently. The digital asset’s price has been on a surge, jumping by over 100% in the past week. Time to buy Lucky Block? Presently, LBLOCK trades at $0.0024, marking a healthy jump of 19.28% in the past 24 hours.

Investors are also excited about LBLOCK because of the sales of tickets for Lucky Block’s jackpot offering. Tickets for the jackpot went on sale earlier today, with over 700 purchases in its first 20 minutes. Lucky Block is offering up to $2 million in prizes for winners. Rap sensation Swae Lee has been tapped to announce the winner of the NFT draw on May 31.

MARKETING ANNOUNCEMENT: International Superstar @SwaeLee will be picking the winner for the $1,000,000 NFT lottery and sharing it with his 10m+ Insta audience and nearly 1m twitter Audience ?

How exciting is it?! Go and show him some #LuckyBlockArmy power! ? pic.twitter.com/Vv74si7rEY

The main prize draw comes with a free entry ticket option. Anyone who holds over $500 worth of LBLOCK before the network snapshot is taken will be entitled to a free ticket. There’s no upper limit on the number of tokens that can be bought, so players can buy as many as possible to get free tickets. The jackpot is expected to begin on June 6.

Lucky Block is a blockchain gaming protocol. The crypto platform runs on blockchain technology and features a large ecosystem of games. Looking to disrupt the traditional gaming space, Lucky Block aims to promote transparency and fairness for players. Its native token, LBLOCK, is used for ticketing as well as for investment purposes.

ApeCoin (APE) has been another interesting asset to watch. Despite launching less than three months ago, the digital asset has risen to become the 33rd most valuable cryptocurrency with a market cap of $2 billion. 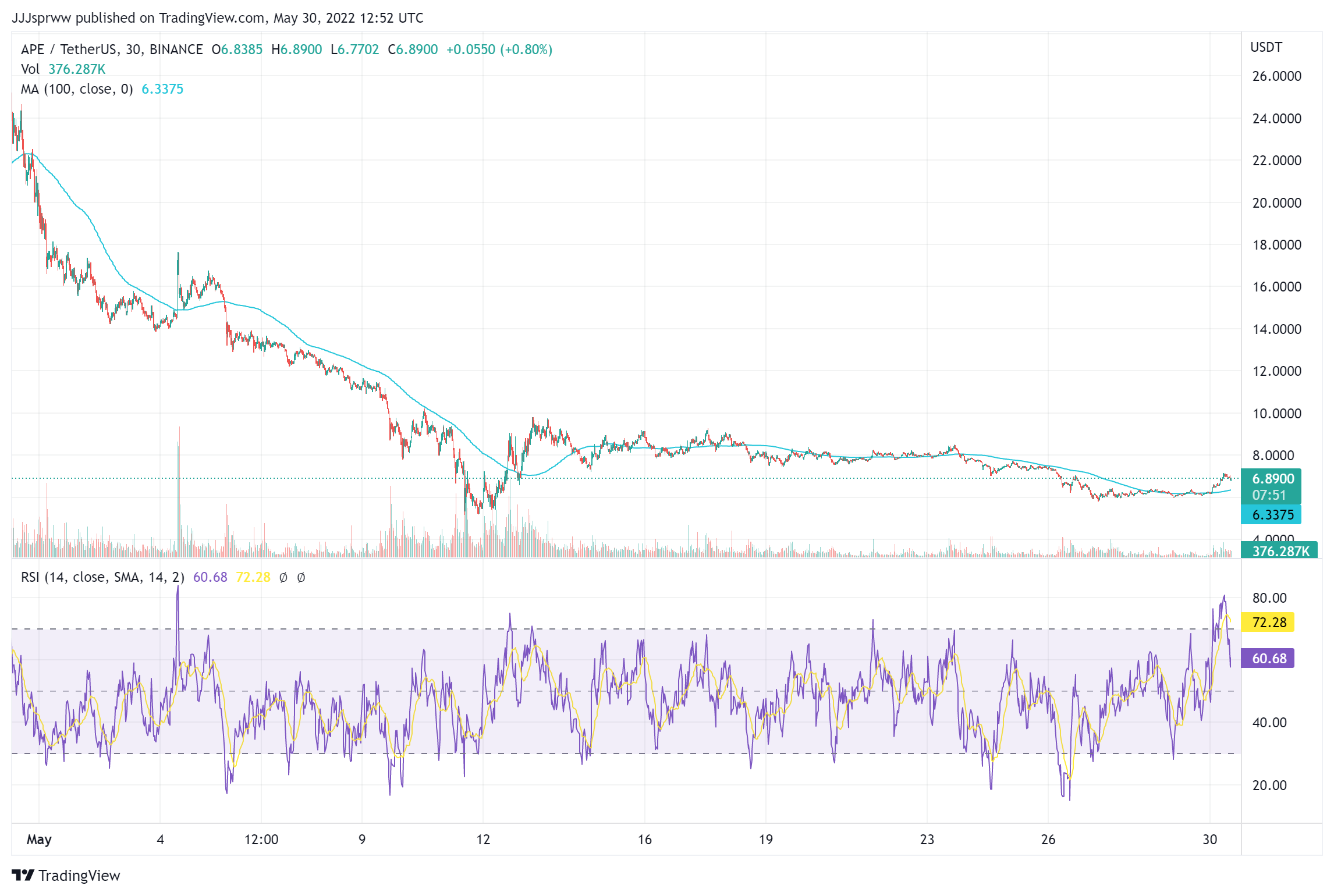 ApeCoin is an asset launched by the Decentralised Autonomous Organization (DAO) and Yuga Labs – the same studio behind the wildly successful Bored Ape Yacht Club NFTs. As a result, APE easily ranks highly among the best Web3 and NFT cryptos.

Despite a bit of a rough patch, APE’s prospects remain strong. The digital asset has been garnering a lot of attention from multiple blockchain developers, many of whom would like to pry it from Ethereum. Last week, the Avalanche blockchain sent a proposal to ApeDAO, asking them to migrate to the blockchain and ditch Ethereum. While the resolution of this proposal remains unclear, it reveals that demand for APE remains high.

Tezos is one of the oldest and most recognisable blockchains. The protocol touts itself as a self-fixing blockchain, addressing any issues that deal with speed or scalability even as more participants join its network. 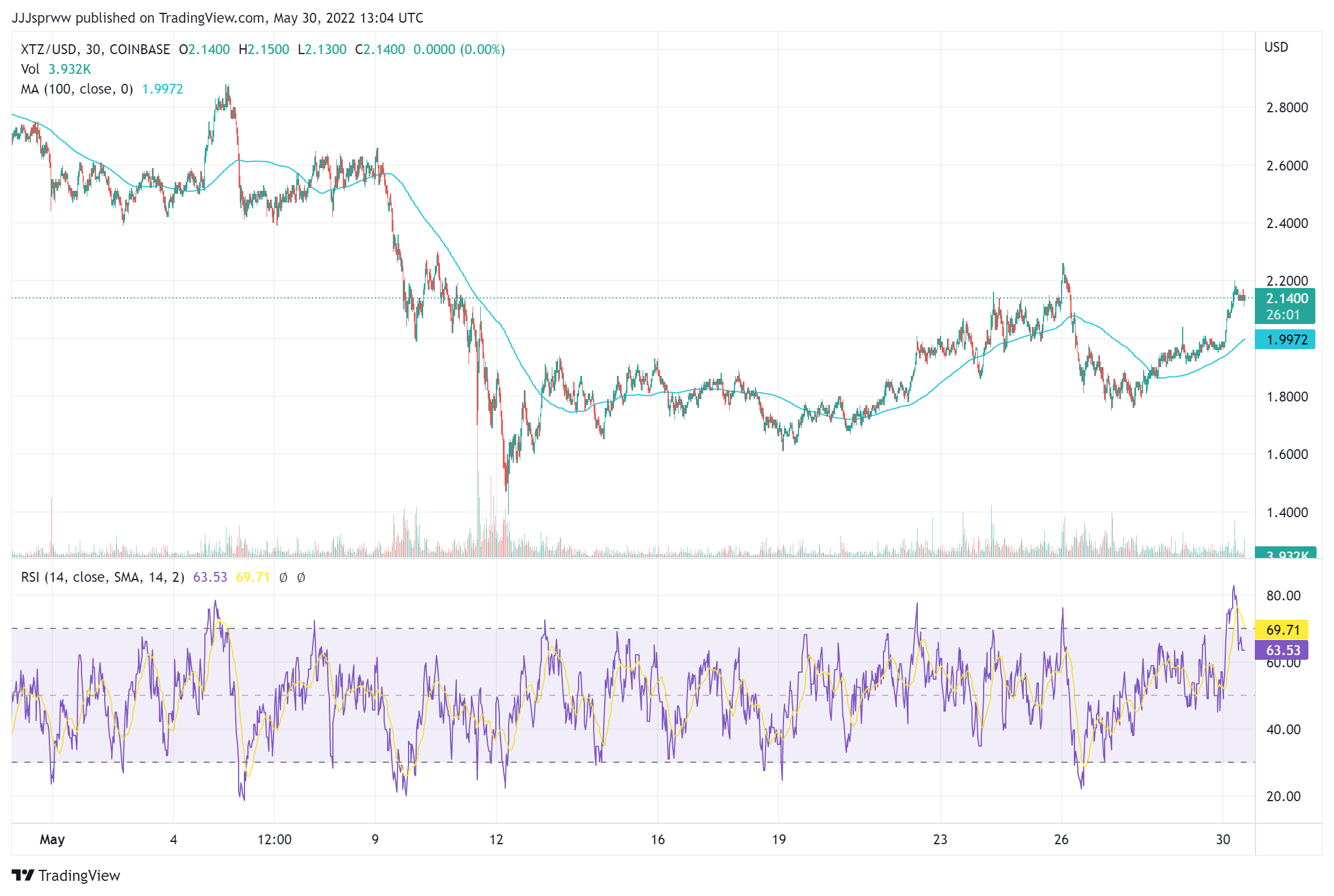 Many investors have been excited about the Tezos blockchain since its developers launched Ithaca2 – an upgrade to the blockchain that alters its consensus algorithm. The blockchains’ developers believe that the upgrade will usher in several benefits, including a reduction in block times and an optimisation of transaction throughput.

Ithaca2 is expected to improve Tezos’s ability to compete with other blockchains. This has seen many investors buy Tezos, as the blockchain is gradually becoming a suitable platform for Web3 development.

Enjin is one of the biggest NFT-focused platforms in the market. The platform serves as a blockchain that allows individuals and blockchains to easily create and sell NFTs. Enjin, a layer-2 protocol, allows NFT creators to access all of the Ethereum blockchain’s resources without dealing with the blockchain’s fees or latency. 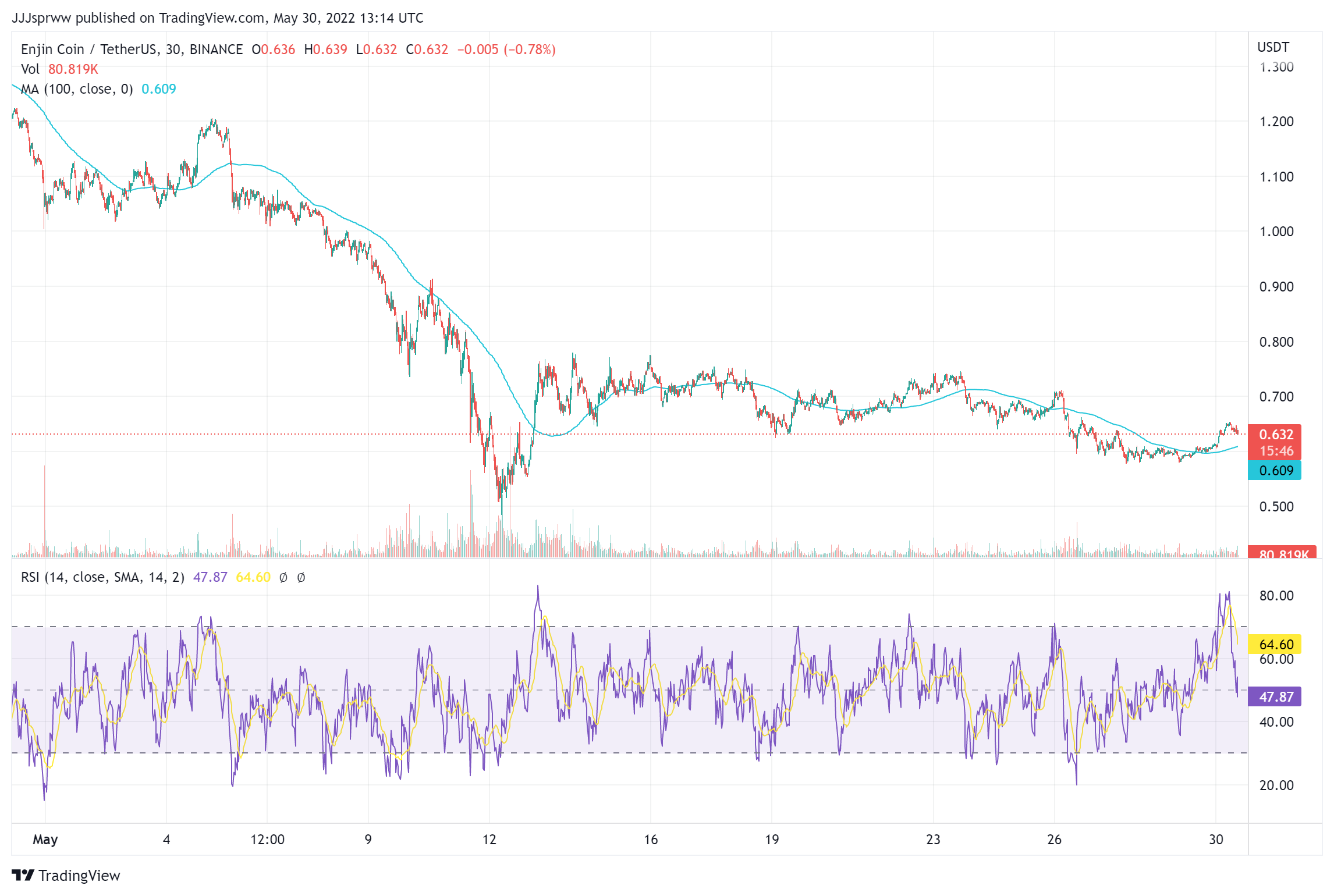 Despite the recent market downturn, Enjin has a lot of untapped potentials. The platform recently launched a parachain for the Polkadot network. This expansion allows Enjin to offer users access to more blockchains than just Ethereum. Also, this move opens the door for more NFT compatibility, putting Enjin at the forefront of the NFT revolution.

THETA, the native token for the Theta Network, rounds out our list of the best Web3 and NFT cryptos.

The Theta Network operates as a new-generation blockchain platform that looks to transform how we stream videos. It allows developers to build decentralised applications (dApps) that focus on improving video streaming capabilities, while also offering support for NFT creation and sales. 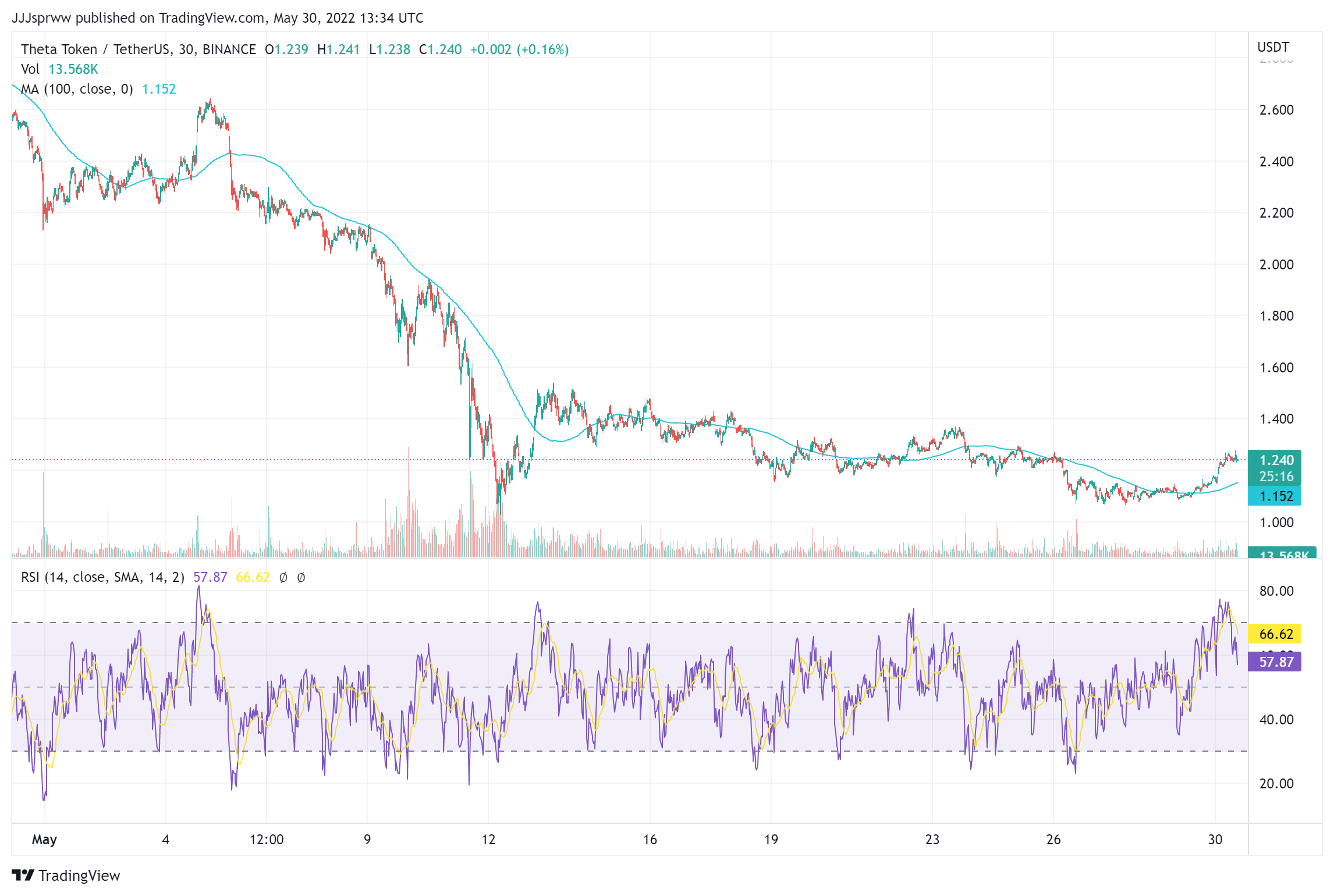 THETA is especially attractive to investors due to recent strides made by ThetaDrop – the blockchain’s NFT marketplace. ThetaDrop recently hosted an NFT collection from the Pittsburgh Knights esports team, further showing an increased appetite for NFTs from the sports sector.

With more sports franchises launching NFTs and collectibles to engage with their fans, we expect ThetaDrop to play a more prominent role in this space.

Web3 and NFTs are currently two of the most in-demand concepts. With NFTs offering an impressive opportunity for profit and Web3 being the internet’s future, investor focus has been focused on leading projects in both sub-industries.

If you’re looking for the ideal Web3 or NFT coin to invest in, we recommend LBLOCK.

No Carbon-Neutral Bitcoin ETF for One River – Says US SEC

Join Our Telegram channel to stay up to date on breaking news coverage Agencies ...