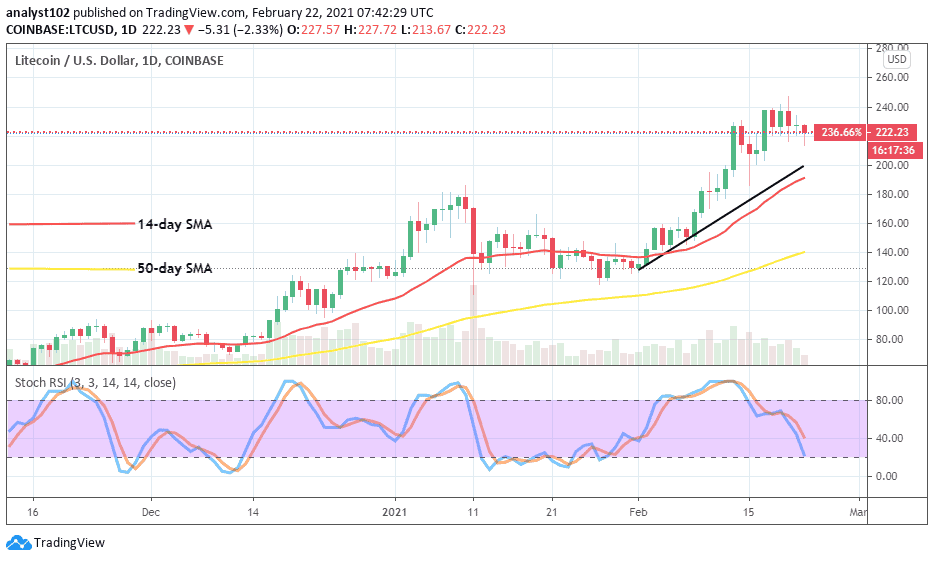 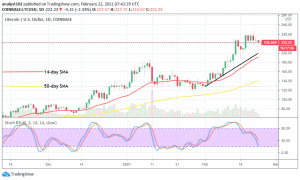 LTC Price Prediction – February 22
Litecoin’s value has been on a significant increase as paired with the value of the US dollar over a couple of trading days’ sessions. On February 17, price spiked higher to briefly touch past a resistance level at $240 which has led to the current trading situation of the crypto-economy.

LTC/USD – Daily Chart
As there has been a converge of variant candlesticks formation around the $240 resistance line, the formation may be extended into having a kind of another bullish-flag outlook while price loses the strength to push below the $180 immediate support level afterward. The 14-day SMA trend-line points to the north below the value of $200 and, the 50-day SMA trading indicator slightly placed above $120 pointing to the north also from the below. That signifies that upswings in the LTC/USD’s value aren’t yet clearly exhausted. The Stochastic Oscillators now point to the south closer to range 20. That could in the near time lead to suggesting a consolidation move of the crypto-market.

What could be the LTC/USD next trading formation?
A clue of how the next LTC/USD market operations could have potentially gotten from the trading chart that it is most likely that the pairs may be trading around $200 and $180 price levels to have eventually a bullish-flag outlook in near sessions. The bull may encounter an ugly-trading situation should the $180 mark breach downward forcefully. But, it could be to it find lower support around $160 for a better capacity building up zone.

On the downside, the bear has to rebuild its stand between $240 and $280 by being on the lookout for a possible reversal in a volatile market-move to consider an entry with a good positional guiding principle to avoid being whipsawed afterward. Being as it is, the bear’s strength to push strong southward further seems very weak. However, there can be a feature of lower highs around the $180, and an extension to the $160 price levels in the near time. 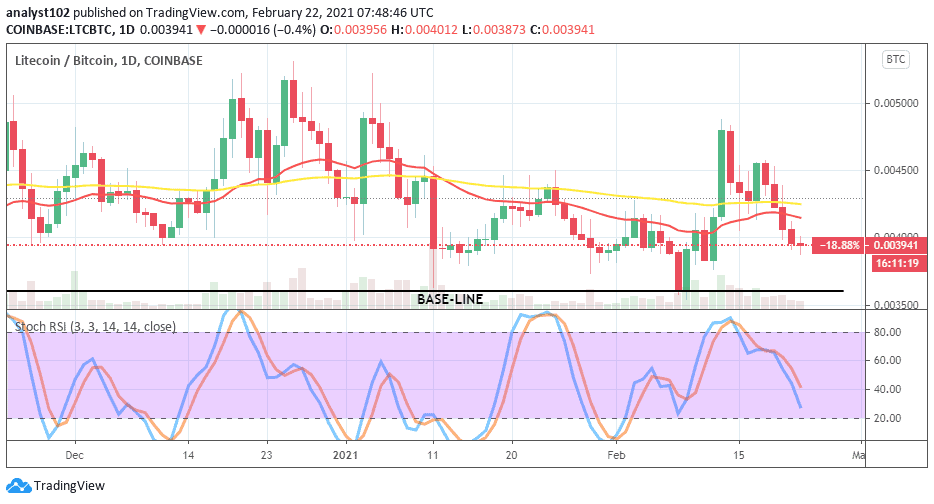 LTC/BTC Price Analysis
Putting the values of LTC and BTC side by side, the counter-crypto’s worth has overwhelmed its base-crypto. The base trading instrument now lowers down to trade around one of the previously reduced points. And, it is eyeing another lower value around the usual lower base-line presently. The two SMA trend-lines have breached southward past as they both bent slightly downward. That attests to the current ongoing falling-moves between the crypto-pairs. The stochastic Oscillators now point closely towards range 20. That signals that price is getting to a vital trading zone that further falling-forces may be considered with levity. 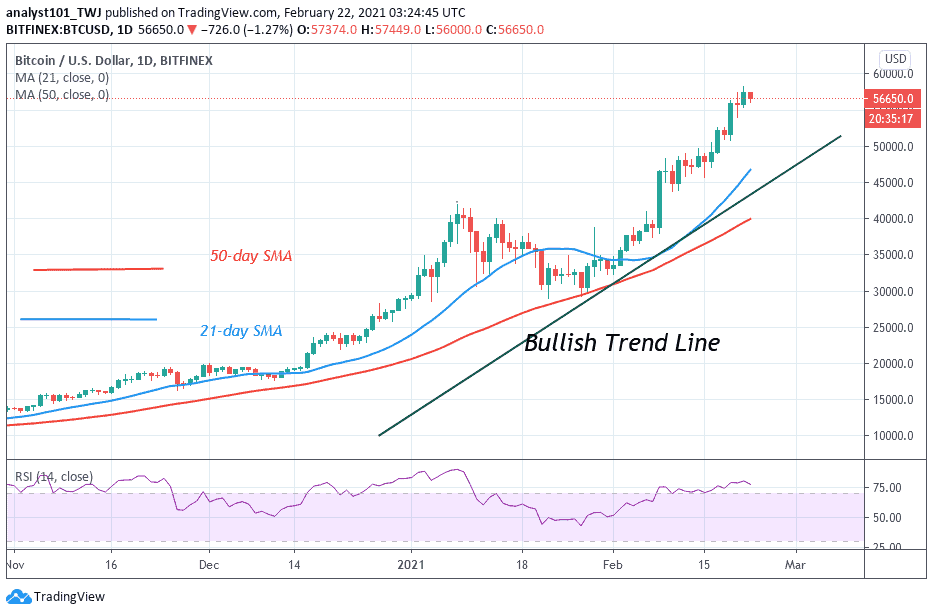